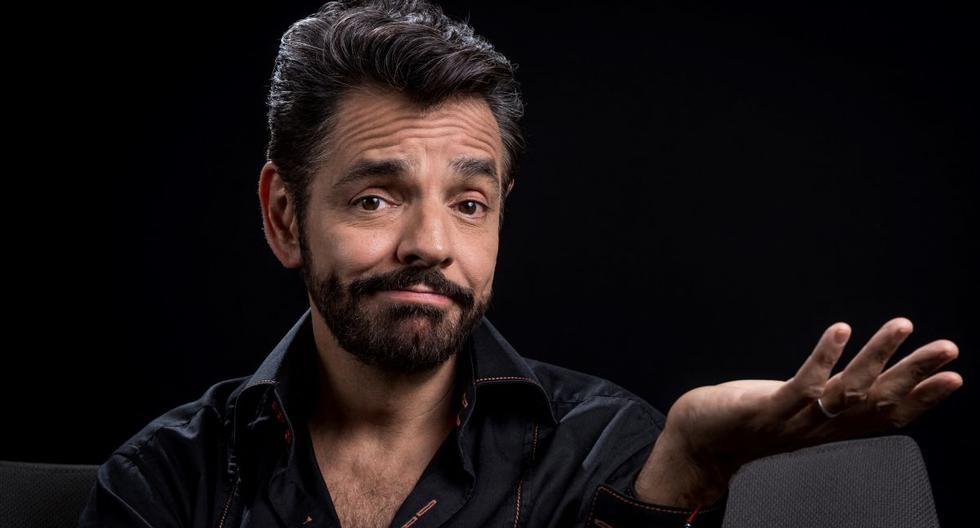 Eugenio Derbez is a renowned Mexican actor and producer, whose work has focused on the comedy genre for both television, film and theater. He achieved fame with his programs “Al Derecho y al derbez”, “Derbez en tiempo”, “XHDRBZ” and “The P. Luche family“, Which showed their full potential, for which he was called to participate in American series, in addition to having lent his voice for the Latin dubbing of various films such as”Shrek”, “El grinch”, “Jack & Jill”, “Mulan”, “Dr. Dolittel”, entre otras.

MORE INFORMATION: How many languages ​​does the actor Eugenio Derbez speak?

Yes OK, most of his career has been characterized by giving life to funny characters, which have led him to be very loved, the actor wants to show that he can also play other types of roles, as he has done in “CODA”, an American dramatic film in which it is Bernardo Villalobos, a singing teacher with very peculiar methods, who upon meeting Ruby will drive her to fight for her dreams.

Although the protagonist of “No refunds”Is satisfied with his work on the independent film, which was a sensation at the last edition of the Sundance Film Festival, regrets that in his native country they have not yet given him the opportunity to show that he is a very versatile actor, since they have only typecast him in one type of role.

As a result of his participation in this production, which is a remake of the French film “La Famille Bélier” and which will arrive on Apple TV +, Derbez recognized why it is difficult for him to be cast in a dramatic role in Mexico.

WHY WILL EUGENIO DERBEZ NEVER HAVE DRAMATIC ROLES IN MEXICO?

The actor Eugenio Derbez thinks that it is almost impossible that in Mexico they give him a dramatic character because everyone sees him as someone funny, that he cannot and should not leave that role that has characterized him for a long time.

“I love independent films, the problem is that they rarely let me make one. I did “The Same Moon” (2007) and the odd one out there. But in my country it is very difficult for them to give me opportunities to make a dramatic film or an indie film because I have that background as a comedian “, said in an interview to EFE.

“They immediately told me: ‘What happens is that your face is well known as Ludovico P. Luche and other characters. As soon as you come out in the dramatic movie, people are going to laugh and the director doesn’t want that. ‘ So, they didn’t give me the opportunity “he added.

WHAT DID YOU SAY ABOUT YOUR CHARACTER IN “CODA”?

Derbez said that to build his character, that of Bernardo Villalobos, he watched several movies with the purpose of getting an idea of ​​what that extravagant and passionate about music would be like who failed in his career and ends up teaching at a school, but when he sees the talent that Ruby drives her to be what he never could.

At another time, he spoke about his experience of working on this film with deaf people, of whom he was in awe. “When the director decided to hire deaf actors, I was shocked. I said: ‘Hey, it’s going to be very difficult for me to find deaf actors who are good for the size of the role they have.’ I did not know that there was a gigantic community of spectacular deaf actors “.

WHAT IS CODA ABOUT?

CODA is an American drama film that premiered on January 28, 2021 at the Sundance Film Festival, where he swept the audience and jury awards for the best American drama film, the distinction for the best direction of a film in the United States, and a special award to the entire cast. It was written and directed by Sian Heder, and was shot in Gloucester, Massachusetts. Two days after its launch, it was acquired for distribution by Apple TV + for $ 25 million..

The film centers on a teenage girl named Ruby, who is the only person in a deaf family who can hear. She is 17 years old and helps her deaf parents and brother in the fishing business. But when she enters high school, she joins the choir club, where she is attracted to her duo partner and discovers his passion for singing. Noticing this, her choir director encourages her to consider studying music, and she has to decide between helping her loved ones or pursuing her dreams.