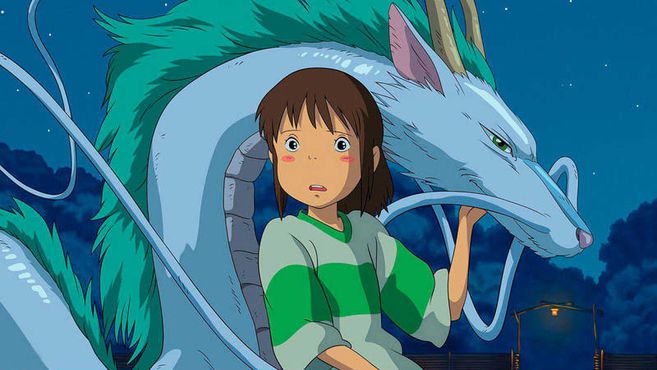 The film was the first foreign feature film to gross more than $ 200 million worldwide before landing in the United States.

Returned to theaters ‘Spirited Away’, the masterpiece of Hayao Miyazaki, to celebrate its twentieth anniversary since its premiere in its native country, since in Japan came to theaters on July 20, 2001.

It may interest you: Studio Ghibli movies come to Netflix

Only animated film to win the Golden bear of Berlin Festival and the only production of Japanese origin to obtain the Oscar for best animated film, two decades later, its importance and its legacy continue to be fundamental not only for Studio ghibliBut for the animation industry in general.

Considered one of the best films in the history of animation by the magazine Time out, the importance of ‘Spirited Away’ transcends its box office success (first foreign feature film to gross more than 200 million dollars worldwide before its landing in the United States) and criticism, since for the factory it began to be important when its production began.

There is an essential factor in the filming of ‘Spirited Away’ and it began three years after the premiere of what was Miyazaki’s masterpiece, ‘Princess Mononoke ‘, with which he had announced, for the first time, his intention to retire.

The feat of Japan feudal had exhausted the filmmaker, to this was added the premature death of what was to be one of the generational relays of the factory, Yoshifumi Kondô, director of ‘Whispers of the heart’, who died on January 21, 1998, victim of an aneurysm.

It may interest you: Marvel presents first trailer for “Eternals” with Angelina Jolie and Salma Hayek

This left deeply affected and devastated Miyazaki, who intended to withdraw. However, that span of time, emerged ‘Spirited Away’The result of the days off in which the filmmaker took the opportunity to stay in a cabin in the mountains with his relatives and five girls who were friends of the family.

It was they who inspired him to create a feature film for 10-year-old girls, a film far removed from romantic clichés, with a heroine they could look up to.

Therein lies the initial importance of ‘Spirited Away’. It marked the return to the ring of the acclaimed master of animation. Although the film managed to become the true masterpiece of the filmmaker, the truth is that ‘Princess Mononoke’ It was his most daring film to date, in which an all-or-nothing bet was perceived.

However, the spiritual journey of Sen and Chihiro sand became the most representative film of the filmmaker’s career. First quantitatively, since it unseated ‘Princess Mononoke’ already ‘Titanic’ as the highest grossing film in Japanese history, achieving 31,680 million yen and 23.5 million viewers, a title that he kept until 2020, when the premiere of ‘Guardians of the Night: Infinity Train’ It surpassed him (39,920 million yen and 28.76 million viewers).

But then it was qualitatively, because his legacy, in artistic terms, remains intact despite having passed 20 years since its premiere. First because the following titles directed by Miyazaki, Howl’s Moving Castle, ‘Ponyo on the cliff’ and ‘The wind rises’, Although they have also had the majority support of the critics, they have not managed to reach the level of recognition that ‘Spirited Away’.

And then its historical significance. Even if ‘Princess Mononoke’ is also a masterpiece, the strength and sense of solemnity that it has ‘Spirited Away’ continues to be so exceptional as in 2001.

It may interest you: Timothée Chalamet will be the new Willy Wonka in the prequel to “Charlie and the Chocolate Factory”

Proof of this was how, 18 years after its original premiere, its launch in China made it the highest grossing feature film on the billboard of the Asian giant, beating movies like ‘Toy Story 4’. Beyond figures, it was the demonstration that his power of attraction among the public is still valid.

And in his legacy, there is also the aesthetic look. At the time when the studies of Hollywood strongly embraced animation CGI, Miyazaki bet on the handmade confection, taking advantage of elements of folklore and japanese mysticism to introduce him to a fascinating and exceptional world, whose visual bet continues to be an artistic waste of elegance and beauty. Twenty years later, the great masterpiece comes to vindicate its position as one of the most exceptional feature films of this century.