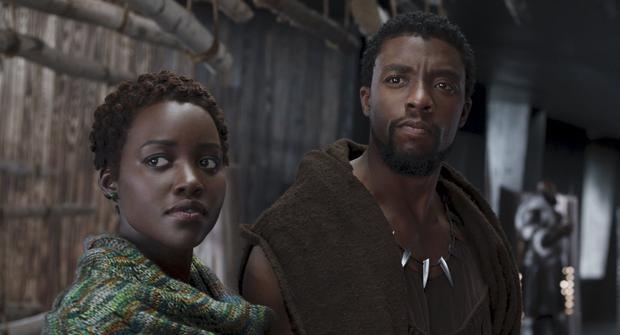 WARNING, SPOILER ALERT. “Black Panther: Wakanda Forever” features new characters to the Marvel Cinematic Universe (MCU), including Namor (Tenoch Huerta)Namora (Mabel Cadena) and Riri WilliamsDominique Thornebut without a doubt the one that has impacted the fans the most is Toussaint, the son of T’Challa and Nakia (Lupita Nyong’o).

Toussaint appears in the post-credits scene of the film that closes Phase 4. In this sequence, Nakia joins the ritual that Shuri (Letitia Wright) performs on a beach in Haiti to say goodbye to her brother and introduces the boy who accompanies her as T’Challa’s son.

Nakia explains that she and T’Challa decided to raise the little boy away from the pressure of being the heir to the throne of Wakanda. Likewise, she assures that Ramonda was aware of everything and that T’Challa prepared them for his death and asked him not to attend the funeralbecause “it was too soon” to reveal the existence of little Toussaint.

When the five-year-old boy gets a chance to speak, he explains that Toussaint is his Haitian name, but his real name is T’Challa. Then, What else is known about this character from “Black Panther: Wakanda Forever”? does it exist in the comics? And what does its incorporation into the MCU mean?

COULD TOUSSAINT BECOME THE NEXT BLACK PANTHER?

Being the only son of T’Challa, Toussaint is the heir to the throne of Wakanda.therefore, at some point he could follow in his father’s footsteps and use the suit of “Black Panther”. Plus, after Shuri recreated heartgrass and planted it in Wakanda’s land, it’s clear that Marvel intends to carry on the character’s legacy.

However, considering that Shuri just assumed responsibility, Toussaint is barely five or six years old and hardly anyone knows of his existence, it is most likely that T’Challa’s son will not wear the black suit in the near future.

As Screen Rant points out, Phase Four of the MCU has introduced several young characters. Some of them have ties to the comics, while others, like Love from “Thor: Love & Thunder” and Toussaint are created for the Marvel Cinematic Universe. Which gives him the opportunity to become the next Black Panther or even form his own superhero team in the future.

DOES TOUSSAINT APPEAR IN THE MARVEL COMICS?

Toussaint doesn’t appear in the Marvel comics, but T’Challa does have a son.. It is about Azari, who was born in a world where Ultron had eradicated most of the Avengers.

Azari is the son of T’Challa and Ororo Monroe/Storm, a prominent member of the X-Men. After growing up under the tutelage of Tony Stark/Iron Man, he takes on the mantle of Black Panther and inherits powers such as super strength, flight, and electrokinesis.