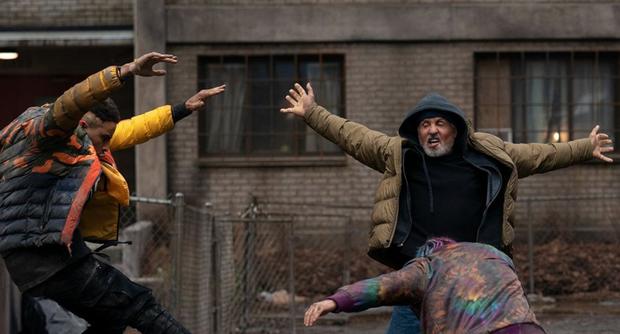 In the history of cinema, there are very few characters that can overcome the legacy of Sylvester Stallonewho besides being an actor, is film producer and directorBesides the mastermind behind franchises popular and millionaires.

And it is that, despite not reflecting his great legacy in Film Festivals, since he has never won an Oscar and only has a “Golden Globe”, the United States celeb has managed to stay current, recently starring in “Samaritan”a superhero tape available on Amazon Prime.

Despite the fact that his filmography, which exceeds more than 60 tapes, is one of the most extensive known, the 76-year-old actor revealed which one he enjoyed recording the most and remembers fondly.

It is no secret to anyone that it was “Rocky” the tape that almost saved Sylvester Stallone’s lifebecause this brought him the success and recognition that he now has, in addition to being a cult saga among fans.

Precisely for this, the character of the “Italian Stallion” was selected over John Rambo either barney rossalso very popular in the seventh art.

However, it would not be the first installment his favorite, but the last, called “Rocky Balboa”, recorded 16 years after what seemed to be the end of the saga.

“I must say that my best character, of course, is Rocky, but the movie that I like and am most proud of is Rocky Balboa, simply because nobody wanted to do it”, admitted the actor.

As you remember, the 2006 film took up the story of the boxer many years later, already retired and with a small business, but far from his son, with whom he does not have a good relationship.

“I sat for six years trying to make that tape and when it came out I was so happy and proud of it all.”, added the actor, remembering that it was Metro-Goldwyn-Mayer who was in charge of giving the green light to the project.

Fortunately for Stallone, the film would be a box office hit, earning $155 million on a budget of just $24 million. That is, up to six times more than what was invested.

However, like other creations of the actor, the critics did not accompany him, despite obtaining better reviews, compared to “Rocky 5″. Even so, this is not something that has an influence on the actor, who would later be responsible for “believe”.

Which Sylvester Stallone movie did you enjoy shooting the most?