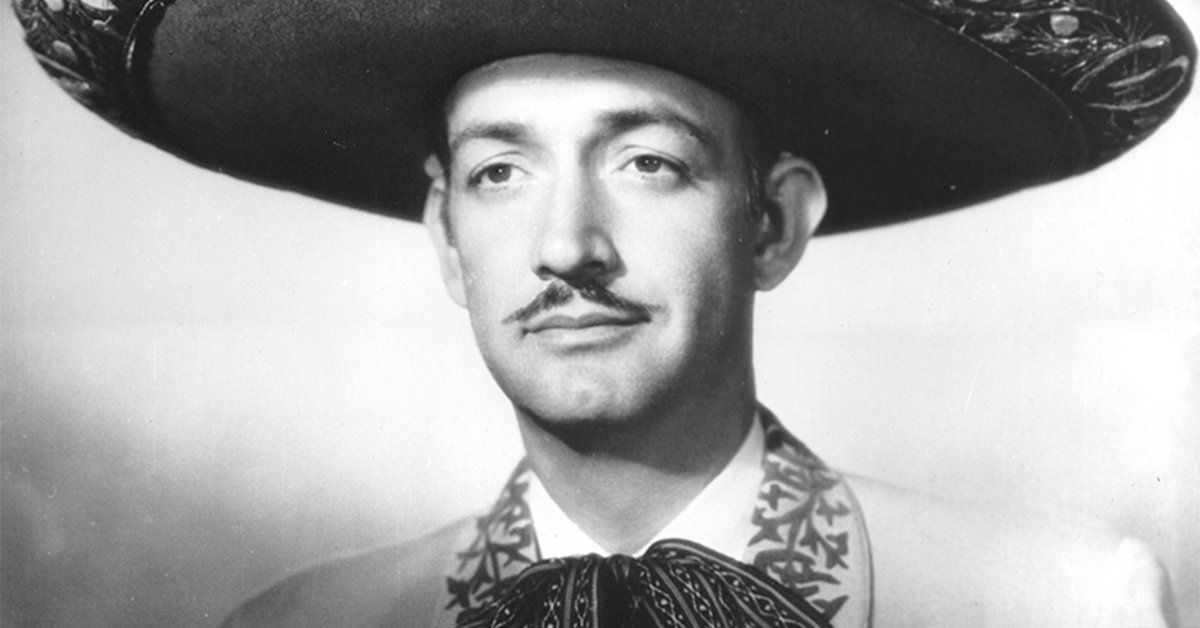 Jorge Negrete He established himself as one of the most important charros in Mexican music and cinema thanks to the great legacy he left with the films and songs that he recorded. His career engulfs 44 tapes, of which one was positioned as the most important of his career.

The call Charro Singer debuted in the cinema with The devil’s godmother (1937), and since then he began to position himself among the favorites of the Mexican public, and although it was from this project that he made his way through the entertainment world, it was not his most important film.

Throughout 1937 and 1938, the singer dedicated himself to acting in Mexico, but was not widely recognized, so he decided return to the United States when the Fox company asked him to sign an exclusivity contract to shine in Hollywood, being part of a project that aimed to launch several Hispanics to stardom.

Jorge Negrete was one of the artists who were deceived so that, at the beginning of their careers, they did not have the opportunity to succeed in the United States (Photo: IMBd)

However, this contract turned out to be a farce and a plot so that the promises of Spanish-language cinema could not enter American entertainment for at least a year. At that time, the artistic career of the actor was extinguished a little, despite the fact that from Mexico he was receiving several proposals, some millionaires, to be the protagonist of novels and films.

Jorge rejected most of them because he preferred to respect his contract and not seek further problems with such a large film company. This happened until the proposal to work in Oh Jalisco, don’t back down! under the direction of Joselito Rodríguez.

“Ay, Jalisco, don’t back down!” It became one of the most successful films of its time despite the fact that most of the cast were beginning their careers (Photo: IMDb)

The cast was full of artists who were still entering the art world, as was the same Gloria Marin, who after this film became one of the singer’s greatest loves.

The film was shot hoping to have a good reception from the public, but not as great as it arrived. The tape even had to trim scenes to be able to be projected in theaters commercially and to also be distributed internationally.

Originally, this movie lasted 120 minutes, but the final cut was 102 minutes, removing parts in which both Jorge Negrete and Gloria sang to each other.

In this film, Gloria and Jorge fell in love and began a relationship of more than 10 years (Photo: Channel 22)

Not only did the public realize the importance of this film, as it became one of the favorites of the public, but the same Charro Singer He considered it as the project that allowed him to get out of the country, since it was with the history of Oh Jalisco, don’t back down! that Negrete could be recognized mainly in Spain, Cuba, Chile, Argentina, Peru and also USA.

Arriving in North American territory was one of the charro’s dreamsTherefore, this film meant achieving one of the goals that he had been seeking from the beginning of his career, both musically and acting.

Despite the fact that this film was not initially for the ones that would pay the most to the interpreter of I’m Mexican, was one of those that gave him the most earnings, opening up the opportunity to start working abroad and to be considered as the charro of the time.

Like him, his co-stars received attention from everywhere and, most of them, managed to star in films that allowed them to continue establishing themselves as great actors and compete among the most famous histrions in Mexico.

Gloria Marín, the woman who fell in love with Jorge Negrete and broke his heart
From Indio Fernández to Cantinflas: golden film actors who were part of the army
The day Jorge Negrete sacrificed his beauty for a character

What was Jorge Negrete’s most important film