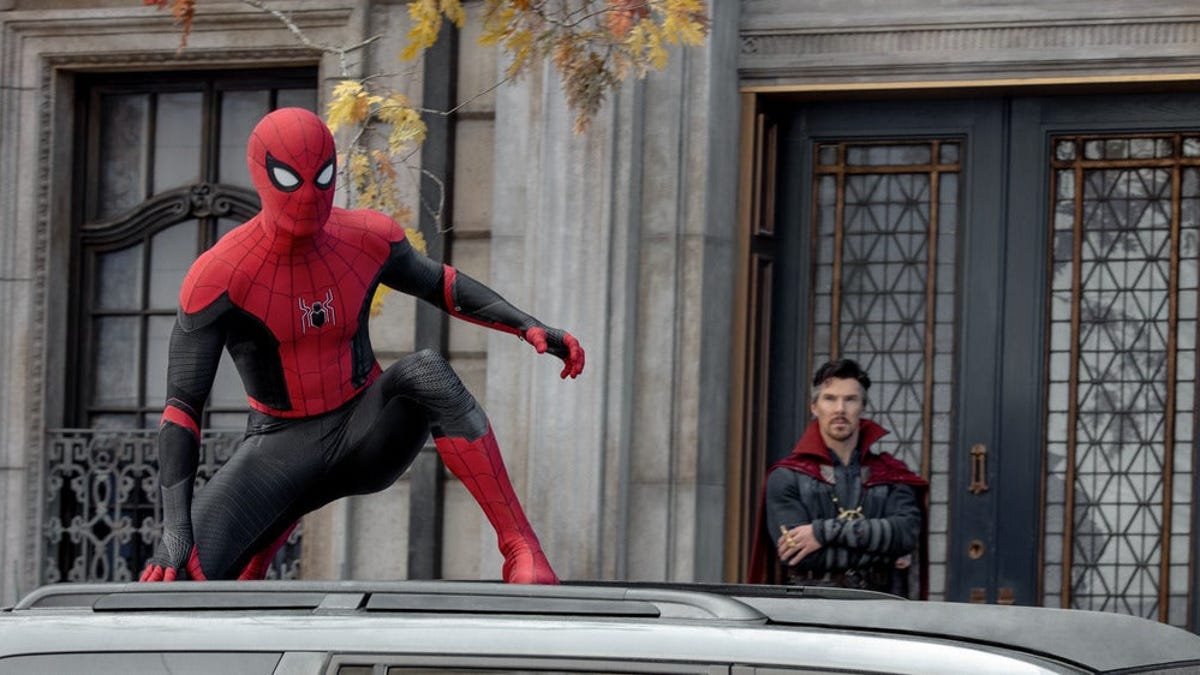 Spider-Man: No Way Home it’s so full of big surprises (and spoilers) that, somehow, its two post-credits scenes can almost go unnoticed. Part of this is because almost every Marvel movie up to this point has had at least one scene, so everyone knows that they have to sit in the cinema until the end to see some kind of surprise. The point is that No Way Home offers many surprises both in the film itself and in the end credits.

This is why we are going to analyze the post-credit scenes and their most important implications throughout the Marvel Cinematic Universe (MCU).

Warning: Below we will detail and analyze both the scenes of the credits and some revelations of No Way Home.

The first post-credits scene in Spider-Man: No Way Home involves Venom. Something that, after the post-credits scene in Venom: Let There Be Carnage show Spider-Man, it was a safe bet. Eddie Brock (Tom Hardy) is still at the tropical resort we saw him at in that scene. Now, however, and thanks to Venom, he is in our dimension. So Eddie (and Venom, of course) are asking the bartender (played by Cristo Fernández from the series Ted Lasso) over this world. You cannot imagine that this world, the Marvel Cinematic Universe that it has been introduced to, has so many heroes. Mention the rich guy in the metal suit, mention the big green guy, and even the purple alien who likes stones. Both Eddie and Venom are impressed by all this until, out of nowhere, they disappear.

There are two important aspects of this scene. The first is the way Venom disappears is the same way that all the characters in the movie disappear. I mean, Peter Parker and Doctor Strange’s actions at the end of the movie aimed at sending everyone home have worked. Anyone who does not belong to this dimension returns to their dimension. This happens not only in New York City with the characters of No Way Home, but also in this tropical bar with Eddie Brock. Second, and more importantly, Eddie and Venom leave a little black symbiotic piece in this world. AHA!

The first thing we think about What this may mean is, frankly, an unexpected and strange idea: Venom may soon exist in the Marvel Cinematic Universe, but it won’t own Tom Hardy’s Eddie Brock. Which would be a bad thing, right? Tom Hardy is great, and that he is not in this world feels perhaps something related to his contract, or to the tone of his character. Either Marvel isn’t sure they want to pay him (or Sony has an objection), or Marvel wants a different version of the character. Sony’s Venom is wicked, yes, but he’s not exactly a bad guy, and maybe Marvel Studios wants Venom to be not only formidable, but also beatable, an enemy to Spidey. There is also the possibility that this is just a roadblock that will make Eddie Brock’s journey back to the MCU a little deeper. However, it seems obvious and plausible that this little black spot on the bar counter will find another host, and then that host will be the MCU’s Venom, or one of his symbiote descendants. But I keep wondering if Eddie and Venom were transported back to their house never to return, why did this little symbiote stay? It seems like cheating.

That is the first post-credits. The second post-credits scene, on the other hand, is much bigger. In fact, it’s basically a full trailer for Doctor Strange In the Multiverse of Madness, which will not be released until May 6, 2022. I must admit, more than anything that happens in No Way Home, this surprised me. Mainly because it is a Sony movie advertising a Disney movie for which Sony will not receive money. If the case were that Disney had just made that trailer and asks theaters to play it before the Spider-Man movie, it sounds a lot more logical. But add it and make it part of the movie? It’s strange. And yet, as a postscript to No Way Home, the addition works on many levels.

First of all, Multiverse of Madness It is directed by Sam Raimi who, a few hours earlier on that same screen, had not two, not three, but four of his Spider-Man characters resurrected in the MCU. Doc Ock (Alfred Molina), Green Goblin (Willem Dafoe), Sandman (Thomas Hayden Church) and the first Peter Parker (Tobey Maguire). That it is a Raimi film that we see at the end of a film so influenced by Raimi seems great to me.

But what is more important, obviously, is that No Way Home it was Doctor Strange’s most direct interaction with the mysterious multiverse. So the fact that your next movie Advancing from there makes this post-credits scene perhaps one of the most revealing we’ve seen in a Marvel movie. The trailer shows that Strange will bring back to Wanda and will mention the events of WandaVision, some familiar creatures, a new look for Mordo, and finally what appears to be Strange Supreme, the evil Doctor Strange from another dimension we first saw in the fourth episode from the animated series What If…? We don’t know how this all happens, as the movie won’t be released until May 6, 2022. But it should be fun to find out.

How do you think Venom’s role will be in the future of the MCU? What do you think of this first preview of Doctor Strange in the Multiverse of Madness?

What the post-credit scenes of Spider-Man: No Way Home mean