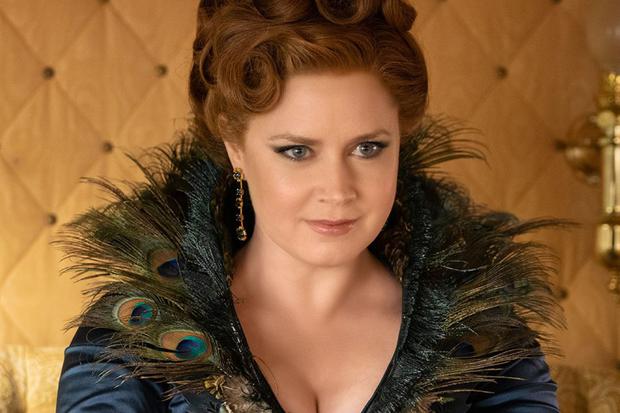 Directed and co-written by Adam Shankman, “disenchanted” (“Disenchanted” in its original language and “Disenchanted: Giselle Returns” in Spain) is the sequel to the 2007 film starring Amy Adams and Patrick Dempsey, who will once again play Giselle and Robert Philip, respectively.

“disenchanted” will feature seven songs. One of them will be performed by Patrick Dempsey, while Idina Menzel has two confirmed songs in the film that has Adam Shankman as producer.

WHAT IS “DISENCHANTED” ABOUT?

According to the official synopsis of “disenchanted”, “Giselle and Robert have been married fifteen years, but Giselle is tired of living in the city. She and her family decide to move to a quiet suburban community called Monroeville in search of a fairytale life. Unfortunately, that doesn’t fix all of her problems. The suburbs have other rules and a queen: Malvina Monroe, who makes Giselle feel even more out of place.

She is frustrated because it hasn’t been easy to be happily ever after, so she tries to use Andalasia’s magic to solve her problems, but accidentally turns the town into a real fairy tale and puts her family’s happiness at risk. Now Giselle must race against time to reverse the spell and find out what living happily ever after means for her and her family.”.

HOW TO SEE “DISENCHANTED”?

Originally, the premiere of “disenchanted” was scheduled for November 24, 2022 in disneypluswhich would have coincided with Thanksgiving, however, the release of the tape was brought forward to Friday, November 18.

To see the sequel to “Enchanted” you only need a subscription to the streaming platform Disney+.

What time to see “Disenchanted”?

ACTORS AND CHARACTERS OF “DISENCANTADA”

What it is about and how to see “Disenchanted”, the new Disney Plus movie