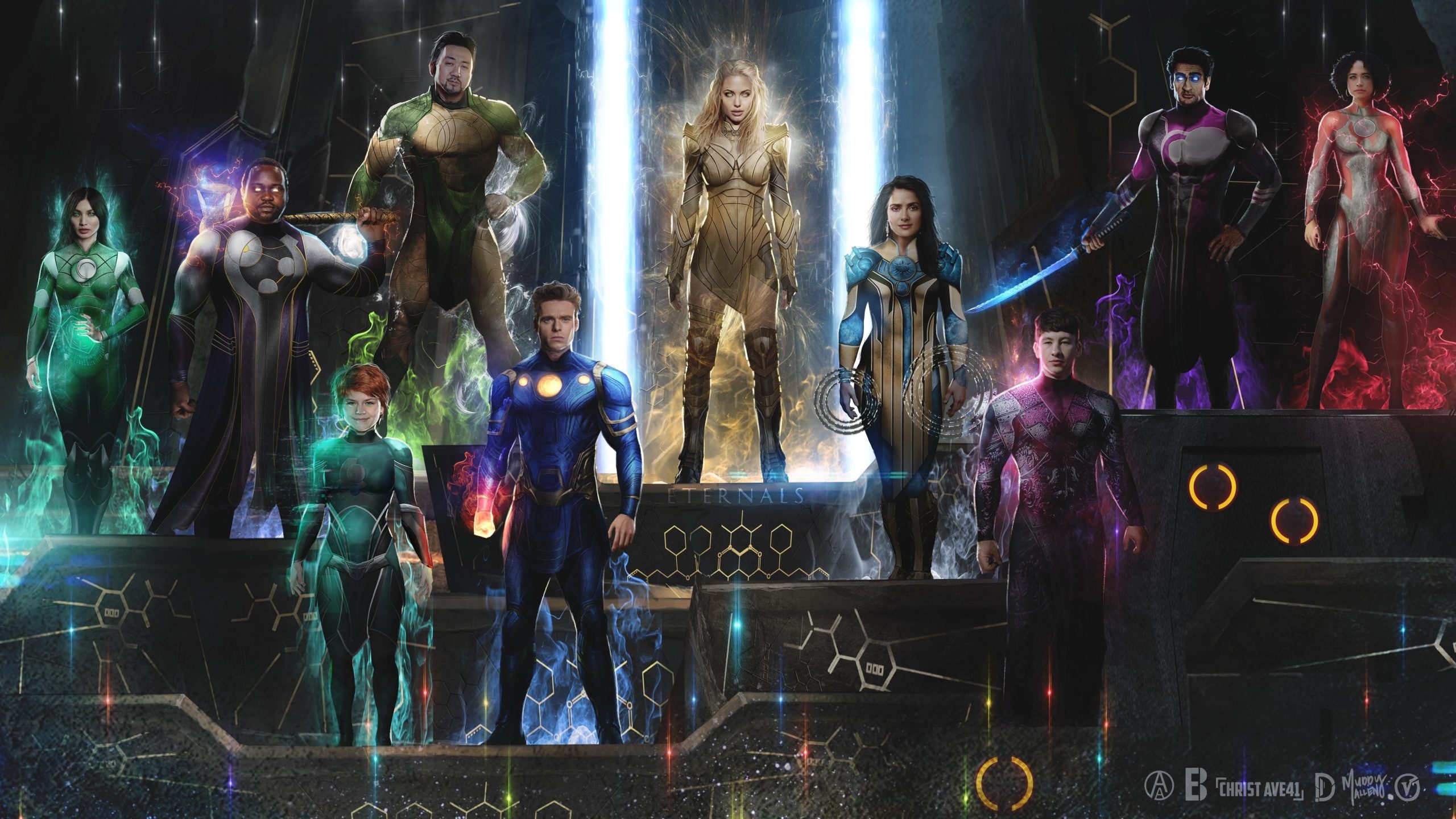 The movie of Eternals has become the subject of frequent speculation. The curious superheroes presented by Chloe Zhao in the film already available on Disney + are the source of all speculation. Especially since his place in the Marvel cinematic world is still not entirely clear. Until the appearance of their primal enemies, the deviants, had not intervened in any human event. And that included, of course, everything that happened during the Infinity Saga.

Observers, distant, not part of any team or showing up to any hero. The Eternals seem to be an entirely new take on Marvel’s ever-changing group of superheroes. And that gives them a curious perspective that is worth exploring. Much more so when their version of the heroes of the film franchise allows us to understand their place in history on screen much better.

How is Doctor Strange perceived now that the world accepts the existence of magic? What is the general view of Tony Stark, beyond his heroic death and reputation as a technological genius? The Eternals provided a unique look at the world of Marvel without being part of it. And in fact, without their participation being necessary to understand something broader and more curious. We leave you three of the most peculiar references to Marvel heroes from the Eternals point of view.

In one of the Eternals scenes, Sersi (Gemma Chan) and Dane Whitman (Kit Harington) joke about Doctor Strange. The way Sersi mentions the Sorcerer Supreme makes two things clear. On the one hand, that Strange is already considered a powerful character and magic something real. At the other extreme, that their abilities are public knowledge as much as to be part of popular culture.

It’s an amazing evolution of the discourse around magic and awesomeness in the Marvel Cinematic Universe. One that can also be seen in Falcon and the Winter Soldier. In one of the scenes, Sam Wilson (Anthony Mackie) makes it clear that there are three enemies to fear. “Androids, Aliens, and Wizards.”

Discoveries about the mysterious nature of the world is one of Marvel’s high points in narrating its own mythology. And the simple joke between Dane and Sersi shows the ability of the franchise to reinvent itself little by little. It is a coherent evolution that can go a long way, now that the multiverse and all its ravages are about to be shown. Will it be the third great evolution in Marvel?

Thor, small and playful in Eternals

At a particularly curious point, Kingo (Kumail Nanjiani) comments that Thor “was a playful kid who now doesn’t answer calls.” It is a direct reference not only to the Asgardian Prince, but to possible relationships with Asgard and its inhabitants. Did the Eternals meet the royal family on the other side of the Bifrost? Judging by his words, it was a considerable friendship. Also, the fact that Kingo talks about “calls” and his interest in sharing with Thor points to the role of the god of Thunder in the world of Marvel.

Of course, we’ve already seen Thor interact with the human world. In each of the movies, his behavior has become less condescending and respectful. Also very self-aware about the adoration that awakens in our world. But Kingo’s version, which also recognizes his power and popularity, reflects that Thor is also the closest thing to a superstar. One who likes to take selfies with fans and is aware of being the center of attention.

In fact, that perception can be seen in the entire act of Rogers, The Musical, included in Hawkeye’s post-credits scene. Thor occupies a central part of the story and is also “a joy for the eyes”. So in the world of Marvel there is room for a more mundane admiration of its heroes. A layer of a very specific pop culture that is interesting to analyze.

In the same scene where Kingo complains about Thor’s behavior, Sprite (Lia McHugh) comments on Tony Stark’s death in Eternals. It also mentions the disappearance of Steve Rogers. And mentions the need for a leader for the Avengers. It is a curious look at the leadership of both and how it is perceived beyond the scope of the group of superheroes.

Date of high in Disney Plus now and save thanks to the annual subscription, with which you can enjoy its entire catalog of series and movies, access to the latest releases, to the catalog of Star and to the best National Geographic documentaries.

So far, in addition to Eternals, all movies have told the superhero world within its limits. We have seen the great adventures from the eyes of their protagonists. But, How is heroism perceived in the world of Marvel? Falcon and The Winter Soldier gave a realistic look at the heroes in the midst of economic and social problems. Spider-Man: Far From Home (2019) showcased the way that Tony Stark worship had reached monumental levels. Time and time again, the Marvel Cinematic Universe shows how its heroes integrate into culture and society.

What is the connection of ‘Eternals’ and the Avengers universe?