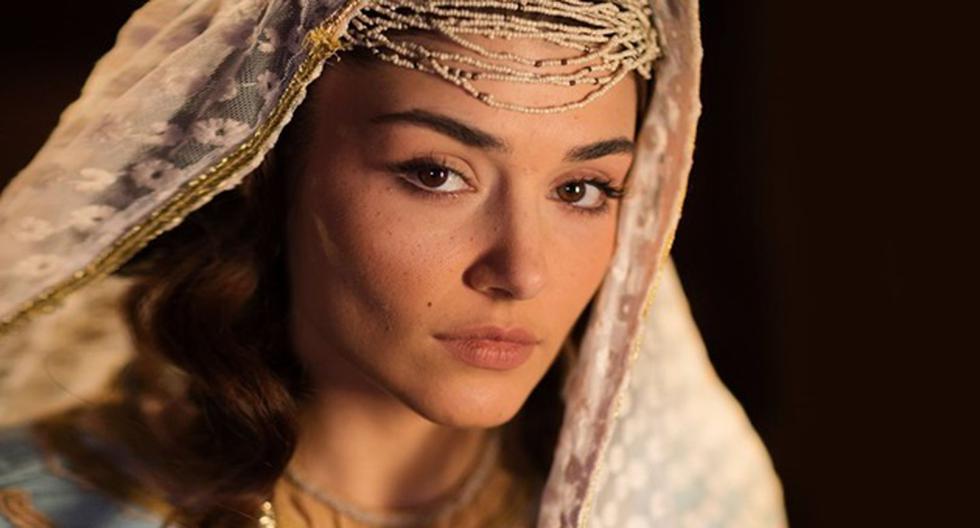 After succeeding on the small screen as Eda in “Love Is in the Air,” Hande Ercel He is about to release his first movie called “Mest-i Aşk”, also known as “Drunk on Love”. The 27-year-old actress, who is going through a great professional moment, takes on a new challenge in her career and we will soon be able to see her on the big screen.

MORE INFORMATION: The reunion of Kerem Bürsin and Hande Erçel with Maya Başol, their daughter in “Love Is in the Air”

“Mest-i Aşk”, co-produced by Iran and Turkey, is a romantic period drama that has already been shot and is scheduled to premiere in Turkey later this year. The feature film is directed by Iranian director Hassan Fat’hi, who is also the film’s screenwriter.

Hande Erçel’s work in “Mest-i Aşk” marks her debut on the big screen, as to date the actress had been linked to various titles on Turkish television, but no film. But what is “Mest-i Aşk” about? Here we tell you.

MORE INFORMATION: The crossover of “Love Is in the Air” with “Erkenci Kuş” that only true fans discovered

The movie “Mest-i Aşk” is a romantic period drama that tells the story of the poet Yalāl ad-Dīn Muhammad Rūmī, also known as Rumi. According to the official synopsis, the film focuses on Rumi’s friendship with Shams Tabrizi, her love for him and the great influence that the latter had on her life, her poetry and her love for God.

“Mest-i Aşk” is a Turkish-Iranian co-production that brings together renowned actors such as Parsa Pirouzfar and Shahab Husseini, who share the main roles in the film, which will bring a different perspective to Mevlana’s life.

We also find other prominent actors such as Bensu Soral (Içerde: Nothing is what it seems), Boran Kuzum (Hakan, the protector), Burak Tozkoparan (Paramparça: Crossed lives) and Halit Ergenc (Vatanim Sensin), who together complete the cast. .

It is a joint production of ENG Yapım Medya and Semarya Film. The filming of the movie “Mest-i Ask” has already been completed and is currently in post-production.

Turkish actress Hande Ercel plays Kimia in “Mest-i Ask,” Rumi’s stepdaughter and Shams’s lover. This role marks his debut on the big screen, since to date he had only worked on several projects for Turkish television.

TRAILER OF THE FILM “MEST-I AŞK”

Through their social networks, the production of the film “Mest-i Aşk” has shared previews of what they will see in public this 2021 on the big screen.

WHEN WILL THE MOVIE “MEST-I AŞK” BE RELEASED?

According to the Turkish media, the film “Mest-i Aşk” will be released in 2021, although there is still no exact date. This feature film is a co-production between Iran and Turkey directed by Hassan Fat’hi.

What is “Mest-i Aşk” about, Hande Erçel’s first film from “Love Is in the Air”