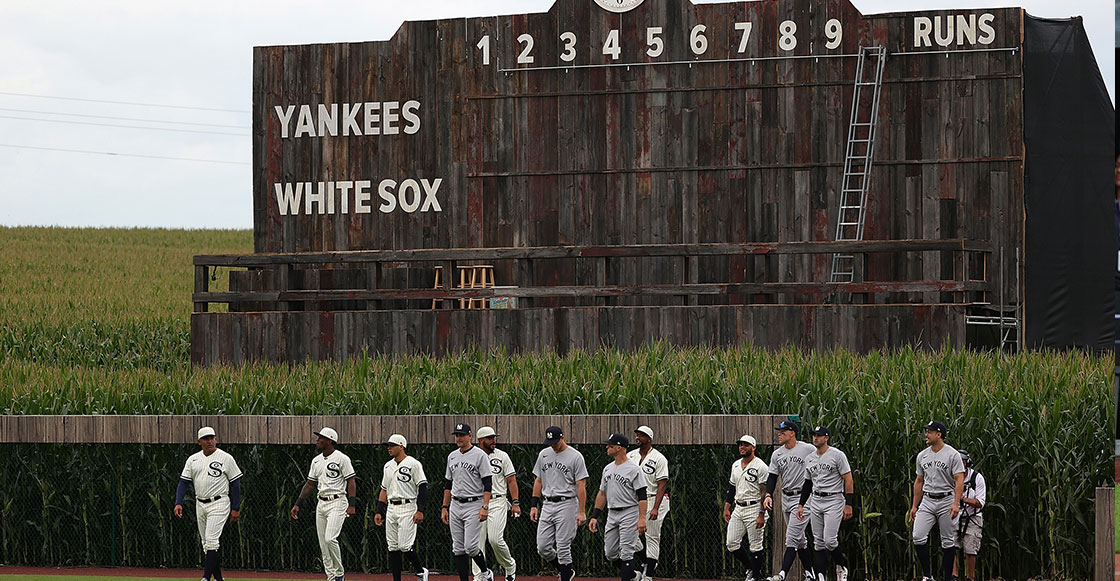 What could have been one more game between the New York Yankees and the Chicago White Sox, turned into an unforgettable day and game. The MLB blew the wall by moving this game from the regular season to the stage of “Field of Dreams”, one of the most iconic movies in baseball culture.

The game literally moved to Iowa, so statistically neither team is home. The game is marked on the calendar based on a neutral court and here comes the whole story.

Seby Zavala has us smiling from 🌽 ear to ear 🌽 pic.twitter.com/Qp6BbM87xH

What is “Field of Dreams”?

It is a film that was released in 1989 and tells the story of an Iowa farmer, played by actor Kevin Costner, real-life Dodgers fan. This farmer played baseball in his cornfields and he hears a voice insisting that he build a real baseball field.

Kevin Costner’s character identifies as a Chicago fan. The film is based on the novel “Shoeless Joe” and had three Oscar nominations for Best Picture, Best Adapted Screenplay, and Best Soundtrack.

Recreation of the MLB

In one of the scenes of the film you can see different vintage uniforms of various MLB teams and for the regular season game it was decided to bring the White Sox to Iowa, to honor the fanaticism of the character in the film and of course both novenas wore retro uniforms.

But what will remain in memory is the beginning of the game, as it was as emotional as it was spectacular, since Kevin Costner came out of the fields and recreated the scene in which he leaves for the diamond and behind him the players of both novenas.

In the center of the field, a microphone waited for Costner who replicated the line of the film to start the game: “Is this heaven?”

We haven’t reached the World Series yet, and we already have the best MLB game of the year guaranteed! He gave us images that transport you to the time that the film recounts. It was like a dream come true!

The court replicated the classic wooden scoreboard that was filled with sheets indicating the number of runs and changed manually, so cheers for MLB. 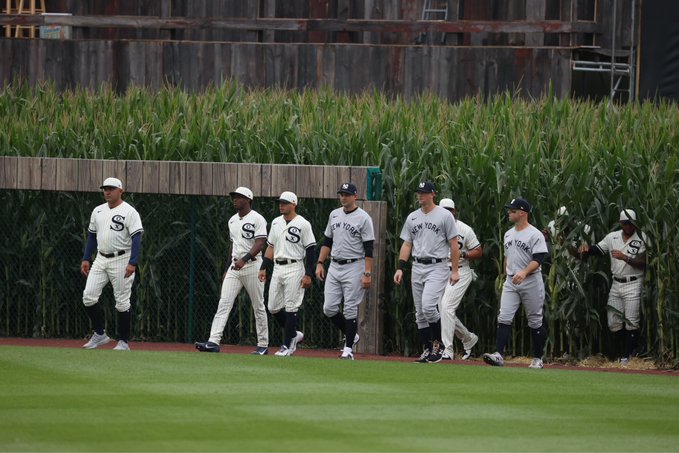 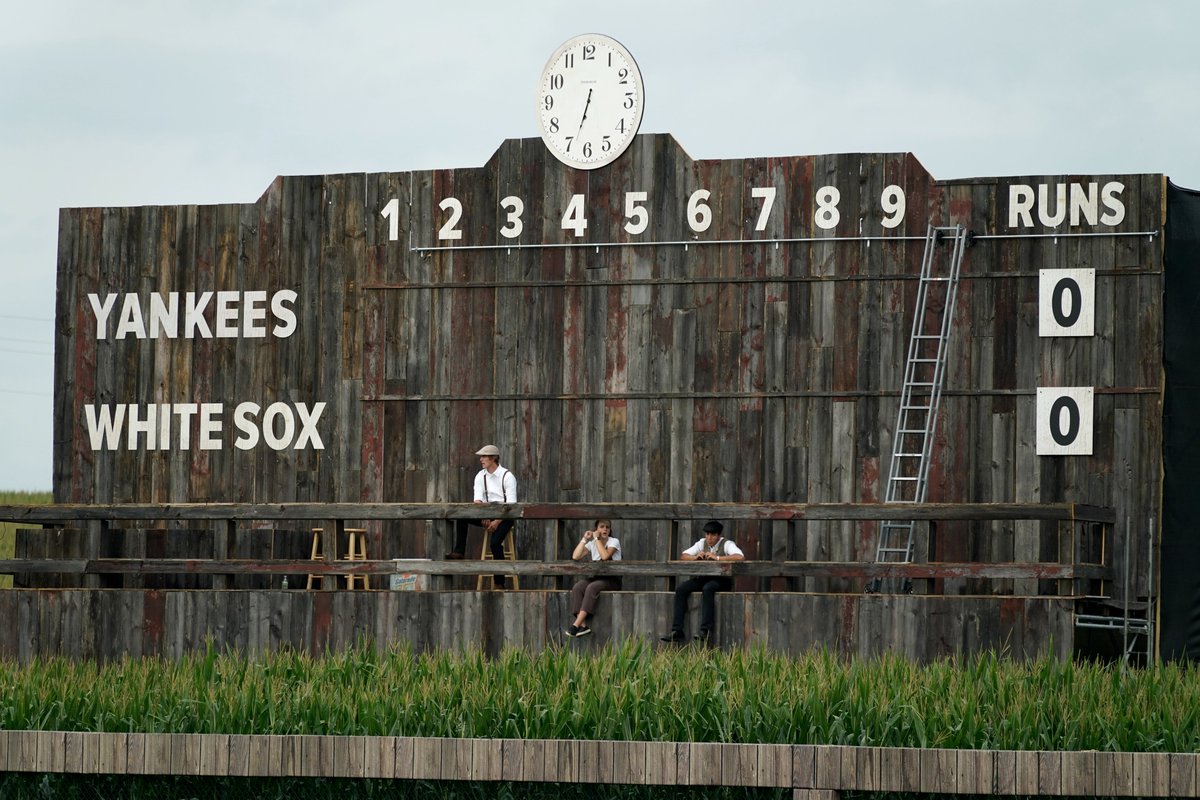 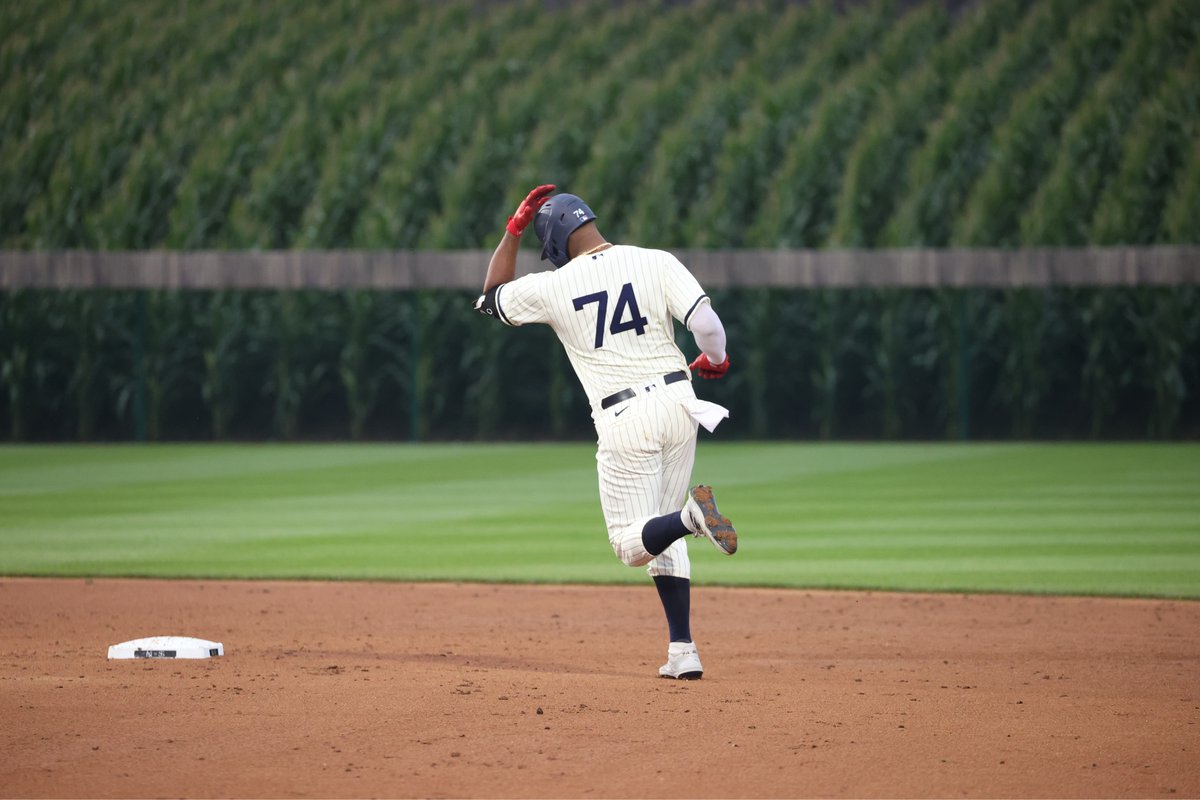 Where can I watch “Field of Dreams”?

The film is available on various digital platforms, including Amazon Prime Video, It will be available throughout the month of August, according to information from MLB Mexico.

But that’s not all, as in an attempt to find new fans, it will offer its own simulation on MLB The Show with a free update for players of PlayStation 4, PlayStation 5, Xbox One and Xbox Series X | S.