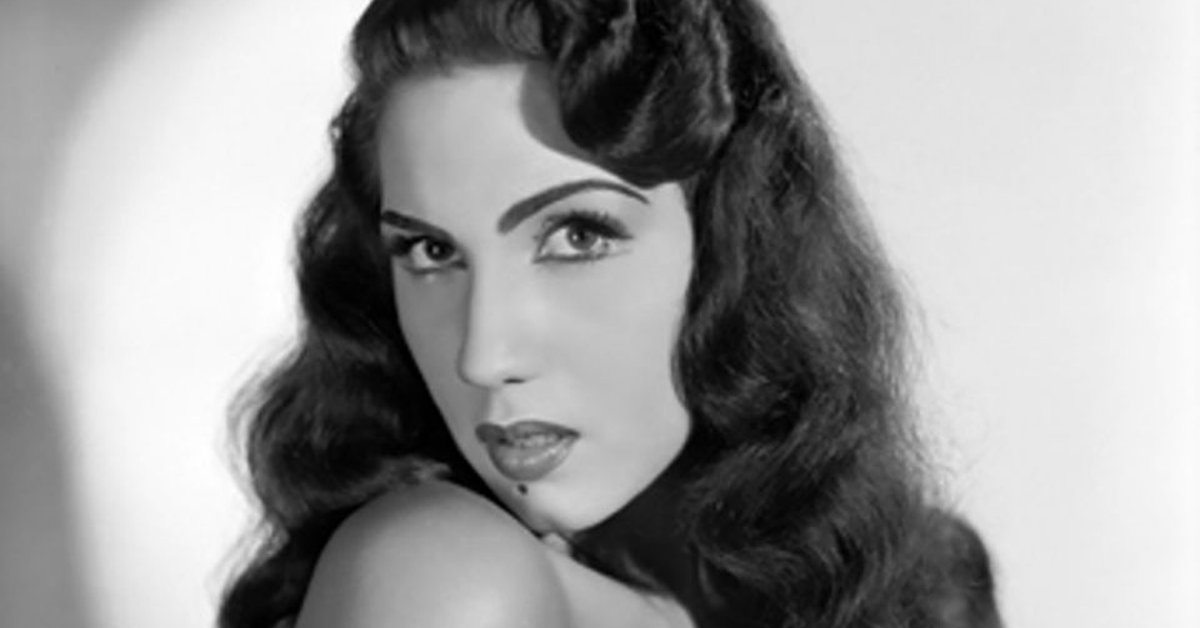 After the passing of Amalia Aguilar on November 8, the name of Rosa Carmina returned to be present on social networks, as she would currently be the last rumbera from Golden era of Mexican cinema, however, it is unknown what happened to her for several decades.

In recent years, rumberas movie stars have said goodbye to this existential plane; Meche beard, Ninón Seville, Marie Antoinette Pons, Amalia Aguilar and Rosa Carmina they were the main exponents of this genre, which was characterized by having beautiful women who starred in exotic dances.

They were called The Queens of the Tropics for having been the only ones to date who are well remembered for their career in film. Now only one of them remains alive.

Rosa Carmina, 91, was born in Havana, Cuba, and was discovered by one of the greatest exponents of cinema during the 1940s and 1950s. The actor and filmmaker Juan Orol decided to boost the actress’s career in Mexico with the film A woman from the East and since then, Carmina has become one of the histrionises representing the rumberas cinema.

During almost her entire career, the Cuban worked with Orol, as she had signed several contracts that committed her to him, but above all because she had had great success and the filmmaker was concerned that his stars had what it took to succeed.

The interpreter was also considered one of the greatest exponents of gangster cinema, as even one of her most popular films, Gangsters against charros, was part of this genre.

The Cuban not only triumphed in the cinema, but also in theater and television (Photo: Twitter / @ RumberasMex)

After having worked with Juan Orol for almost a decade, Rosa decided to start filming films with other producers, at the same time that the rumberas cinema began to lose its strength. It was thus that the protagonist of Tania, the wild beauty, arrived in Spain, starring Love me with music.

However, the dancer also decided to lean more towards the stage and gradually stopped filming movies. Some of his last appearances were Beautiful at night, which allowed this tape to be the first stone on which the so-called ficheras cinema.

Theater Follies was another of the great productions in which he acted, in addition to his sporadic appearances in soap operas such as Maria mercedes. Since then, he has disappeared from the public eye and it is unknown where he currently resides.

José Luis Cuevas, the “godfather” of the Pink Zone, He would have admired the Cuban’s presence in the cinema so much that he decided to start calling that part of the Cuauhtémoc mayor’s office by the actress’s name, according to data from the same mayor’s office.

It is unknown where Rosa Carmina is after “María Mercedes” ended (Photo: Facebook / Rosa Carmina)

After having gained great fame thanks to the more than 40 films that she made and that she was considered as His Majesty La Rumba Being considered the actress who best represented this genre of cinema around the world, she decided to leave the stage forever.

Based on her last years of artistic career, as well as her last marriages, it is believed that Carmina could be in Barcelona, ​​Spain, since her fourth husband was Spanish and the fifth Lebanese, but there are those who say that he is rather in another part of Europe, in Switzerland.

What is thought is that, in the place where he is spending his more than 90 years, it is a residence full of luxuries and comforts, since he actively worked in television, theaters and cabarets for 46 years of his life, in most of them obtaining great success.

Golden Age: what was Andrés Soler’s hobby and why he never married
The last time Pedro Infante saw his children
Who was the great love of Blanca Estela Pavón
The day that María Félix rejected Marilyn Monroe

What happened to Rosa Carmina, the last rumbera of the Golden Age