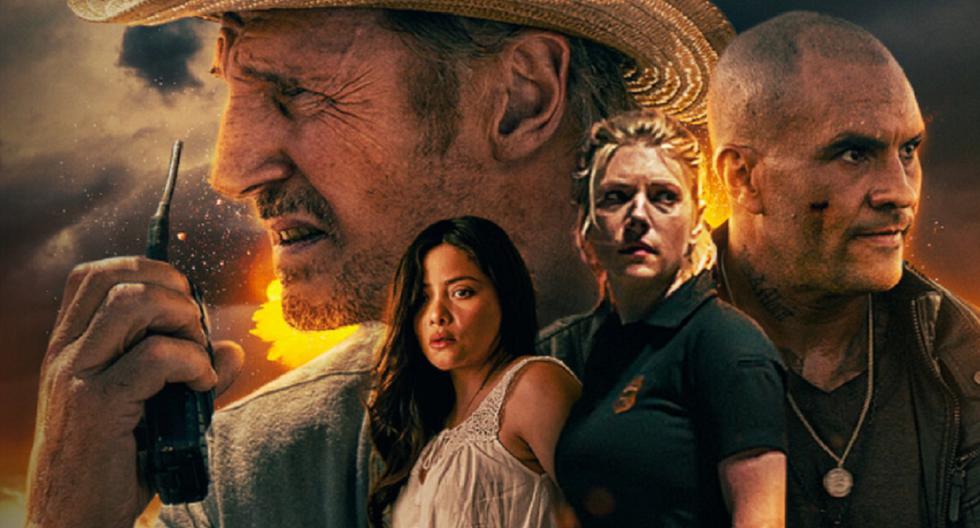 BEWARE, SPOILER ALERT. Starring Liam Neeson, “The Protector” (“The Marksman” in its original language) is an action thriller directed by Robert Lorenz. The film was released on 15, 2021 in the United States and in September of the same year by Netflix for the rest of the world.

The film, which also includes Katheryn Winnick, Juan Pablo Raba and Teresa Ruiz, follows Jim Hanson (Liam Neeson), a rancher, ex-marine and veteran of the Vietnam War, who lives in an Arizona border town and who must help a boy (Jacob Pérez) escaping from a Mexican drug cartel.

Following the death of his wife, Jim lives along the Arizona-Mexico border, denouncing attempted illegal crossings. During one of his patrols, he meets Rosa (Teresa Ruiz) and her son Miguel, who try to escape from the cartel led by Mauricio (Juan Pablo Raba).

When Hanson is involved in the shooting, he shoots and murders Mauricio’s brother. Meanwhile, Rosa, who has a fatal wound, asks the protagonist of “The protector“To take Miguel to his cousin in Chicago.

WHAT HAPPENED AT THE END OF “THE PROTECTOR”?

To avoid further problems, Jim hands the boy over to the police, but notices that Miguel is in danger, because one of Mauricio’s men pretends to be a relative of the boy, so he decides to intervene. From that moment on, both are persecuted by the authorities and the cartel.

After getting rid of a corrupt policeman, Hanson and Miguel continue their way north, they arrive at a motel and bribe the receptionist not to search them, however, the criminals find them and in the middle of the flight, the dog dies from Jim, Jax.

A failure in the car forces them to stop and the sign eventually catches up with them. Although Hanson manages to kill three of Mauricio’s employees, the latter manages to seriously injure Jim. As they confront each other, Miguel picks up a gun and seems willing to avenge his mother’s death, but “The protector”Convinces him otherwise.

“There is absolutely nothing that feels good about killing another man. Your mother died to give you the chance for a better life. Don’t waste it, ”Jim says before subduing Mauricio and leaving him with a single bullet in his gun with the option of committing suicide or returning to his home in Mexico.

The movie starring Liam Neeson It ends with Jim leaving Miguel with his family in Chicago and getting on a city bus, where he apparently dies due to his injuries.

WHAT DOES THE END OF “THE PROTECTOR” MEAN?

When Hanson and Miguel move away from the farm where they left Mauricio a shot is heard, indicating that the cartel leader decided to commit suicide, however, as the body is not shown, there is still the possibility that he will return in search of revenge.

On the other hand, when Jim gets on the bus and closes his eyes it shows that he is at peace, because before he died he saved the life of an innocent child. Although his death is tragic, it is something he was looking for after the death of his beloved wife.