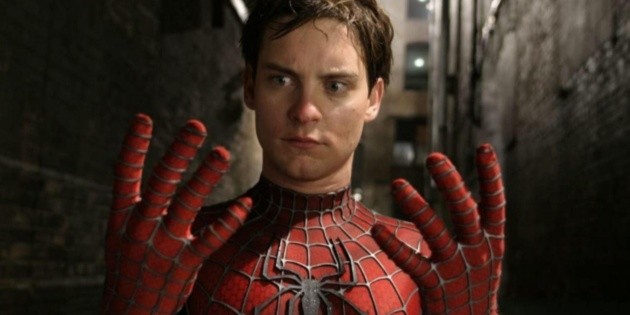 Spider-Man: No Way Home It is a project that aroused all kinds of speculation among fans of the arachnid. The theory that has the most presence on the Internet is that of SpiderVerse. In this context, characters of different dimensions would come together in the film. There are reasons to get excited: Jamie Foxx and Alfred Molina will return as villains from franchises prior to the current saga. Foxx will give life to Electro and Molina to Octopus. It is even confirmed that Doc Ock will pick up his story right where it left off in Spider-man 2.

More? Also returns J.K. Simmons como J. Jonah Jameson, role he played in the post credits scene of Spider-Man: Far From Home. The most intense rumors point to the possibility of the return of Tobey Maguire and Andrew Garfield Like the Spider-Man prior to Tom Holland.


A fan from Portugal crossed the streets of New York to Tobey Maguire and, in addition to taking a photo together, the young man took the opportunity to ask the actor about the true possibility of his participation in the next entry of the hero. What did the interpreter answer you? He told her that he couldn’t talk about it, but then he shared a wink and a smile. Will this be the confirmation?

This kind of situation occurs a lot in Hollywood with projects that arouse strong emotions in their followers, such as Spidey’s next entry into the cinema. The alternative of seeing the three Spider-Man together excites. Can Tobey’s answer to the fan be interpreted as yes?

So far the only one who referred to the possibility of SpiderVerse live-action was Andrew Garfield, who remarked in an interview that no one had approached him to invite him to participate in the Marvel Cinematic Universe. “They didn’t even send me an email”, were his words. Is he lying? We will have to wait …