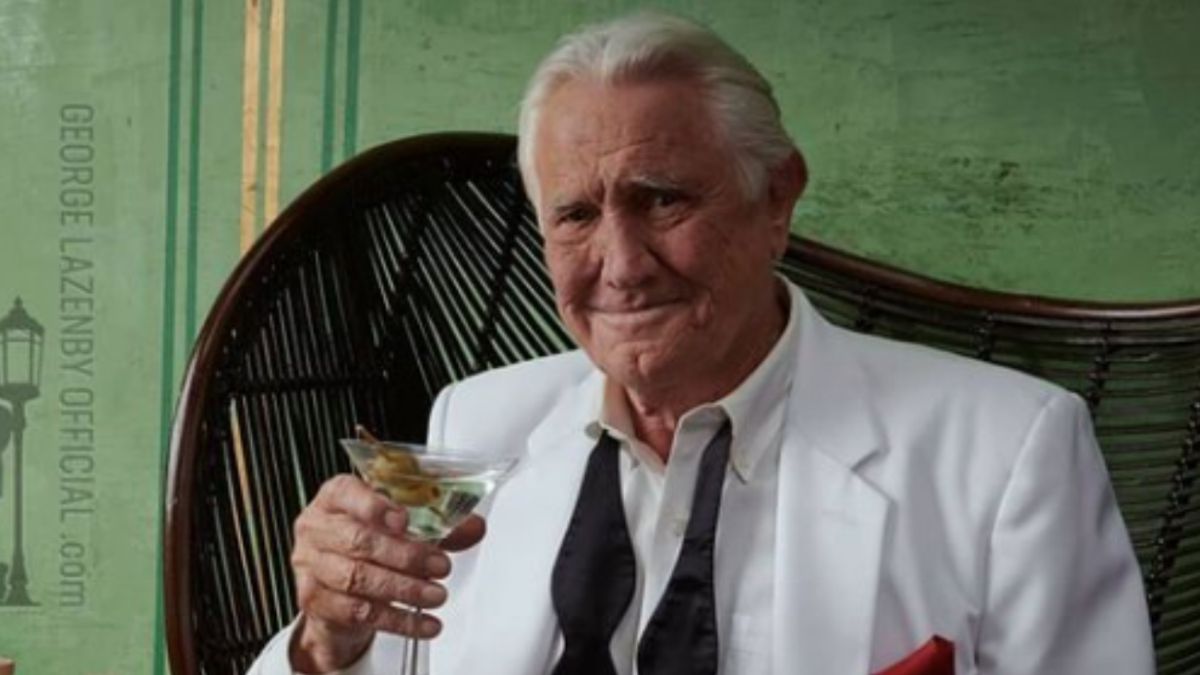 George Robert Lazenby (82 years old) is a Australian actor and former model. His fame on the big screen was received when played British fictional secret agent James Bond, thus supplying Sean Connery after the movie ‘We only live Twice’ (1967). But nevertheless, He only brought James Bond to life once, because?

‘On Her Majesty’s Secret Service’ (1969) was the feature film in which George Robert played the secret agent. His participation in the movie theater was the shortest among the actors in the saga and also became the youngest actor (29 years old) to play Bond.

Everything seemed to be going smoothly when the Australian actor began to give life to Bond. His relationship with the director and producers was very good and began to consider playing other characters in other movies. Nevertheless, shortly after the premiere of ‘On Her Majesty’s Secret Service’, Lanzeby announced the following: “The producers made me feel like it didn’t make sense. They ignored everything I suggested simply because I hadn’t been in the movie business like them for over a thousand years. “. After that, he decided to leave the role of James Bond because, among other things, considered him to be a brute.

Lazenby grew a beard and long hair and sentenced “Bond is a brute … I’ve already left him behind. I will never interpret it again. Peace, that’s the message now. I’d rather be a car salesman than a stereotypical James Bond. My parents think I’m crazy, everyone thinks I’m crazy. They thought it was a publicity stunt. But it’s just me doing my thing, ”he said.

He had signed for seven movies

Actually his manager had a lot to do with this decision. Ronan O’Rahilly convinced him that James Bond was out of step with the times, that it was something archaic. And that’s how George Robert Lazenby left Agent 007’s room despite having signed on for seven films.

In 1971 he made the movie ‘Universal Soldier’, which helped his script. It was a movie that he himself defined as “Anti-armas y anti-Bond”. Years after making this decision, Lanzeby played James Bond several times but in the form of an unofficial parody. Participated in several series, movies and video games and at the end of the 70s he settled in Hollywood to seriously develop his acting career.

In recent years their work stands out in the second season of FX Legit (2013), where he played the father of the comedian Jim Jefferies and In 2019 he played Jason Love in an audiobook version of the spy novel ‘Passport to Oblivion’. It is 2021 participated in the movie ‘In a blink of an eye’.

Regarding your personal life, in 1971 he married Christina Gannett, from whom he divorced in 1995; and in 2002 remarried Pam Shriver, from whom he also divorced in 2011. He has four children as a result of his two marriages: Kaitlin Elizabeth Lazenby, Melanie Andrea Lazenby, Samuel Robert Lazenby y George Samuel Lazenby.