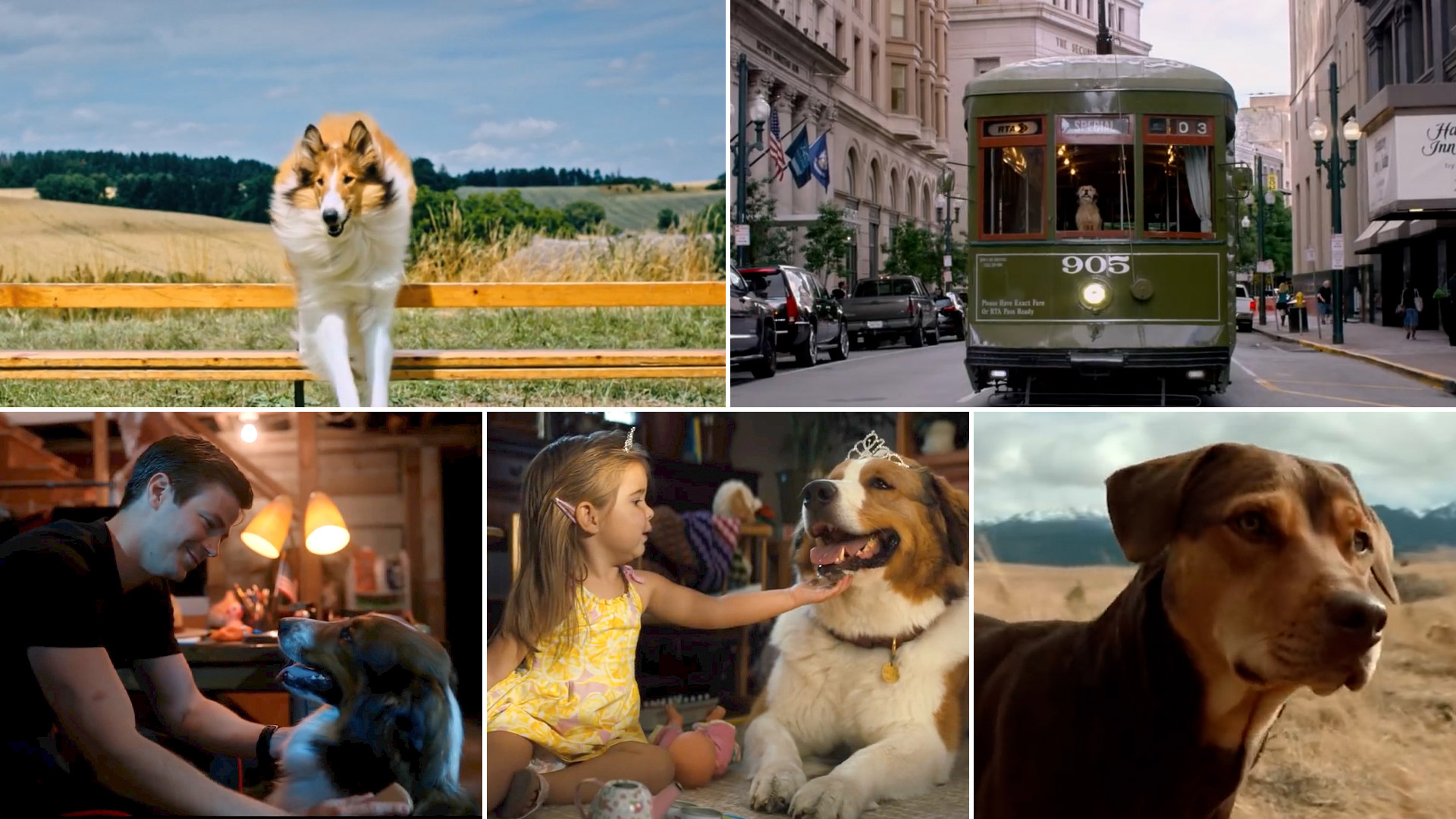 Pets occupy special places in the hearts of humans and their appearance in any scene makes the protagonists happy and change their mood. In the case of dogs, they are also the owners of many plots and even leave humans in a secondary place. We propose a list of five titles so that you can fully immerse yourself in the world of dogs and connect with the healthiest sensations for the heart.

“Lassie, come home” takes as its starting point the story of the collie dog that starred in the iconic series. (Netflix)

The dog from the classic series had a new version, this time from Germany. a plot updated which follows the life of a boy of about 12 years, Florian (Nico Marischka) and his dog Lassie, a collie breed, who will have to separate when the apartment where he lives with his parents does not allow the destruction and pranks of the dog. Thus Florian and his father Andreas (sebastian bezzel), they decide to leave Lassie at Count Von Sprengel’s house (Matthias Habich). But the sweet collie begins to be mistreated and she manages to escape. Then the adventure of Florian will begin, who will search for Lassie throughout Germany.

“My footprints home”: the dog Bella and her owner Lucas will do the impossible to meet again. (Netflix)

Released in 2019, this film tells the story of a dog named Bella (the actress of Jurassic Park: Dominion, Bryce DallasHoward gives him his voice) who lives with his owner, Lucas (Jonah Hauer King), a medical student. Together they share a daily routine that they both enjoy. But one day the dog gets lost and then Lucas begins to track down his beloved pet over 600 kilometers. It will be a journey of search not only for Bella but a journey into Lucas’s own heart. W. Bruce Cameron (the reason to be with youanother film with a dog as protagonists) and cathryn michon (Cook Off!) are the screenwriters of this film directed by Charles Martin Smith (Dolphin Tale). To see with handkerchiefs nearby.

“Ruby’s Rescue”, based on a true story about a dog who went through seven homes and after being rejected became part of the K-9 squad. (Netflix)

Based on a true story, this film arrived in March at Netflix and became one of his most viewed titles. Grant Gustin, The actor who plays Flash is here a policeman, Dan O’Neil, who only has one dream regarding his career: to be part of the K-9 team, with trained dogs. But no one gave him the opportunity to do so. Then Ruby crosses paths with her: an Australian Shepherd/Border Collie mix living in a shelter and looking for a home, but she has run out of hope after having passed through seven different owners. Ruby is cute and mischievous but she doesn’t like to follow orders, which will be quite a challenge for Dan. They complete the cast Scott Wolf (NancyDrew), Kayla Zander (Chilling Adventures of Sabrina), Camille Sullivan (HunterHunter), Tom McBeath (Aliens vs. predator 2) Y Sharon Taylor (Big Sky). They were all led by katt shea (Nancy Drew and the Hidden Staircase) and has the script of Karen Janssenwho adapted two short stories from Squire Rushnell Y Louise DuArt.

The reason to be with you: a new trip (A Dog’s Journey) – Available to rent at Youtube

“The reason to be with you, a new trip”: the spirit of an old dog returns in a puppy to take care of little CJ.

Bailey (Josh Gadd, actor of Beauty and the Beastputs his voice on it) is an elderly dog ​​mixed between the Saint Bernard and Australian Shepherd breeds, who spent his entire life with his owner, Ethan (Dennis Quaid), his wife, Hannah (Marg Helgenberger)their daughter-in-law, Gloria (Betty Gilpin), and their little daughter Clarity June “CJ” (Emma Volck). Ethan and Hannah’s son passed away and little CJ is in the care of her mother, who hates dogs. But the girl has a special connection with Bailey. The old dog dies, but Ethan orders him to take care of her granddaughter from the afterlife, taken by her mother to another city, far from them. Thus, the spirit of the dog reincarnates in a beagle named Molly, who will be the little girl’s pet throughout her life.

“Benji”: The classic story returns with a new version. The puppy is taken in by two little brothers who must fight against many obstacles to keep Benji with them. (Netflix)

The well-remembered 1974 classic film called benji, which even achieved an Oscar nomination, told the adventures of a mongrel dog. Years later Brandon Campson of the director of that film, Joe Campmade a remake, in 2018. So the puppy returned in a plot with two brothers as protagonists: the young Carter (Gabriel Bateman) and the girl Frankie (Darby Camp). They find Benji on the street and decide to take him to his house, without his mother (Kiele Sanchez) knows. When the woman realizes that a pet is living in her home, she gets in a bad mood, added to this that Benji has already become attached to the children. The puppy is kidnapped and Carter and Frankie will do the impossible to rescue him.

Ruby’s Rescue: a true story that promises to move and touch the hearts of viewers
Soon you will be able to see the trailer of Avatar: The Way of Waterthe long-awaited sequel to the highest-grossing film in history
Barry: a black comedy about a murderer turned amateur actor

What are the 5 dog movies you can’t stop watching?