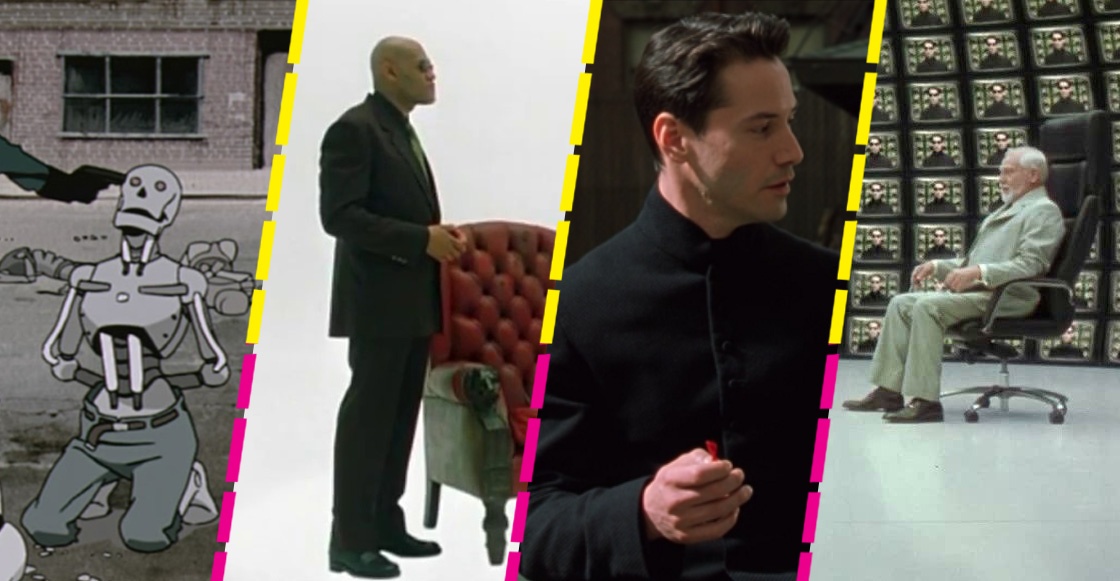 The next December 22 will be released The Matrix Resurrections, the fourth installment in the universe created by the Wachowski sisters since 1999. The announcement of this film was quite a surprise, as it marks the return of one of the most iconic characters in the history of cinema (and pop culture): Neo / Thomas Anderson with Keanu Reeves. HERE the first trailer.

Another of the key characters that They will be back is Trinity played by Carrie Anne-Moss alongside Jada Pinkett-Smith as Niobe and Lambert Wilson as Merovingian. These last two appeared from Matrix Reloaded in secondary characters, but decisive, in history. From there on out, the rest of the cast of the new film is made up of different faces (although not necessarily with unpublished characters).

What do we mean? For instance, We will see Morpheus again, but not as Laurence Fishburne, but as Yahya Abdul-Mateen II. Yes, it sounds complicated and it sure will be, especially since until now, we have no idea what will happen. The Matrix Resurrections. Our only certainty is that it is a sequel to The Matrix where little or nothing will be related to the events of Reloaded, Revolution y/o The Matrix Online.

So faced with a scenario of uncertainty that is also confusing, to say the least, here we prepare a text with the elements that we must remember to get fresh to The Matrix Resurrections. That is, the key conversations of the universe of The Matrix that they could us help understand the events that we will see in this next movie. 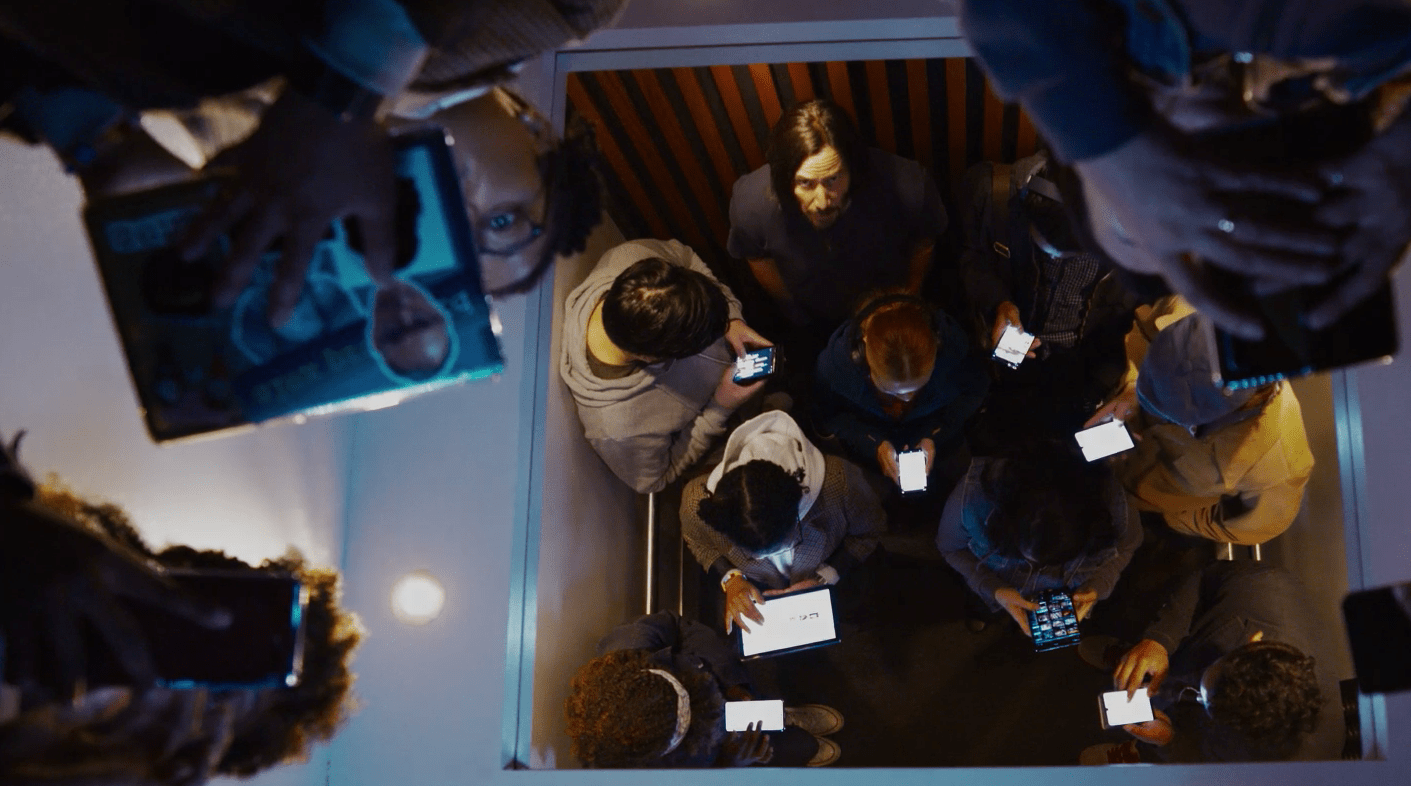 Keanu Reeves as Thomas in the Matrix. / Photo: Warner Bros.

You can also read: THERE IS NO SPOON: THIS LOOKS LIKE THE “CHILD OF THE SPOON” FROM ‘THE MATRIX’ TODAY

But first, some context:

How was the rivalry between machines and human beings born?

A robot known as the B1-66ER was the first to “face” its masters. B1 killed the humans it served because they wanted to “kill” it, that is, remove it from circulation. Starting from this, world leaders ordered the extermination of all these models, starting a wave of violence against machines without recognizing that these, created in the image and likeness of the man / woman, had developed the consciousness of survival.

This is how the machines founded a new nation, Zero-One, which thanks to its capabilities (new and better forms of Artificial Intelligence), became a powerhouse. This resulted in the anger of human societies, unleashing a war between humans and machines.

Before the imposition of machines, the nations of the world created Operation Dark Storm to destroy the skyBecause the robots used solar energy to work. At first it worked, but soon Zero-One discovered that human beings were a vast source of energy.

It was like this they began to cultivate them. They realized that the body does not survive without the mind, so created a simulation where all connected bodies coexisted in a dream world in order to continue using their bodies as batteries. That is the beginning of everything. (Here we leave the first part).

What is the Matrix?

Morpheus explains to Neo what happened

We all know by heart what it is about The Matrix. So, to cut a long story short, let’s cut down on the details to get to the central point. Thomas Anderson is a programmer and hacker whose main objective is to discover what the Matrix is: Is it a place, what is its location, who runs it?

When he meets Trinity and Morpheus, the latter Promising him the truth about his reality, he decides to follow them. That means that he is released, or rather, Neo awakens and leaves the Matrix. And this is where the good comes in. Once out of this, enter a loader program (the Structure) where Morpheus explains what the Matrix is and what the hell happened to humanity.

Image of the fields in ‘The Matrix’ / Photo: Warner Bros.

“The Matrix is ​​everywhere“, Morpheus tells him. Thomas’ reality is a lie imposed by machines to keep humans in check: “A prison of your mind“. This is how he explains that in the Matrix there is a mental projection of his digital “I”, and everything that happens around him is an interpretation of your brain’s electrical impulses.

In a nutshell, the Matrix is ​​a “neurointeractive simulation”Or a world of dreams. Is about a world generated by computers to keep humans in check while machines consume their bodies’ energy (batteries). Morpheus explains to Neo that the human body generates more bioelectricity than a 120-volt battery.

Morpheus tells him about the prophecy of the Chosen One

Morpheus has dedicated his life, as a free person, to searching for the Chosen One. According to the prophecy, a man was born into the Matrix, and was capable of changing or remaking it. This man freed the first human from the Matrix to teach him the truth of his reality: that he was in a simulation created by machines.

When Morpheus was released and spoke to the Oracle, this told him that his destiny was to find the Chosen One or The One, and discovered that he was still in the Matrix and his name was Neo. In one part of this conversation, Morpheus explains that there are certain ages for humans to awaken, and preferably they should be children.

The reason? At a certain age, it is impossible to assimilate all the information and the true reality. Neo was already very big when he woke up, but since it is the Chosen One, it should be that way. HERE We leave you the explanation of why Neo is The One and what could happen in The Matrix Resurrections. 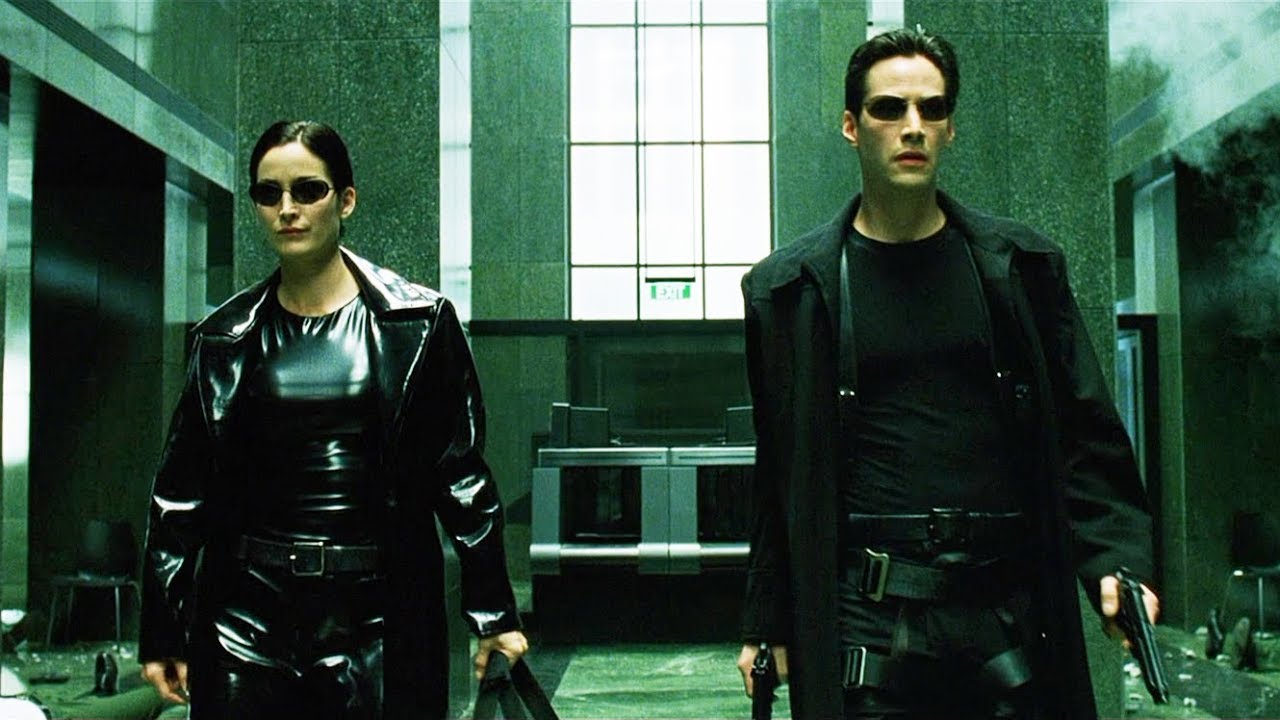 How does the Matrix work?

The Oracle tells Neo that it is a program

On The Matrix Reloaded, Neo returns to see the Oracle to talk with her about the workings of the Matrix and what is the next step to free the humans and save Zion. Here it is revealed that the Oracle is a program that is part of the system, so Neo assumes that it is one more control mechanism. Then, How do you trust her and what does she tell you?

This conversation has two points. The first is about the concept of free will or decision-making in a simulation that is built on the basis of programs that follow rules. This is important because it is the basis for the destruction of Smith, but that comes later. Neo discovers that any decision has already been made, but what you need to understand is why each one. 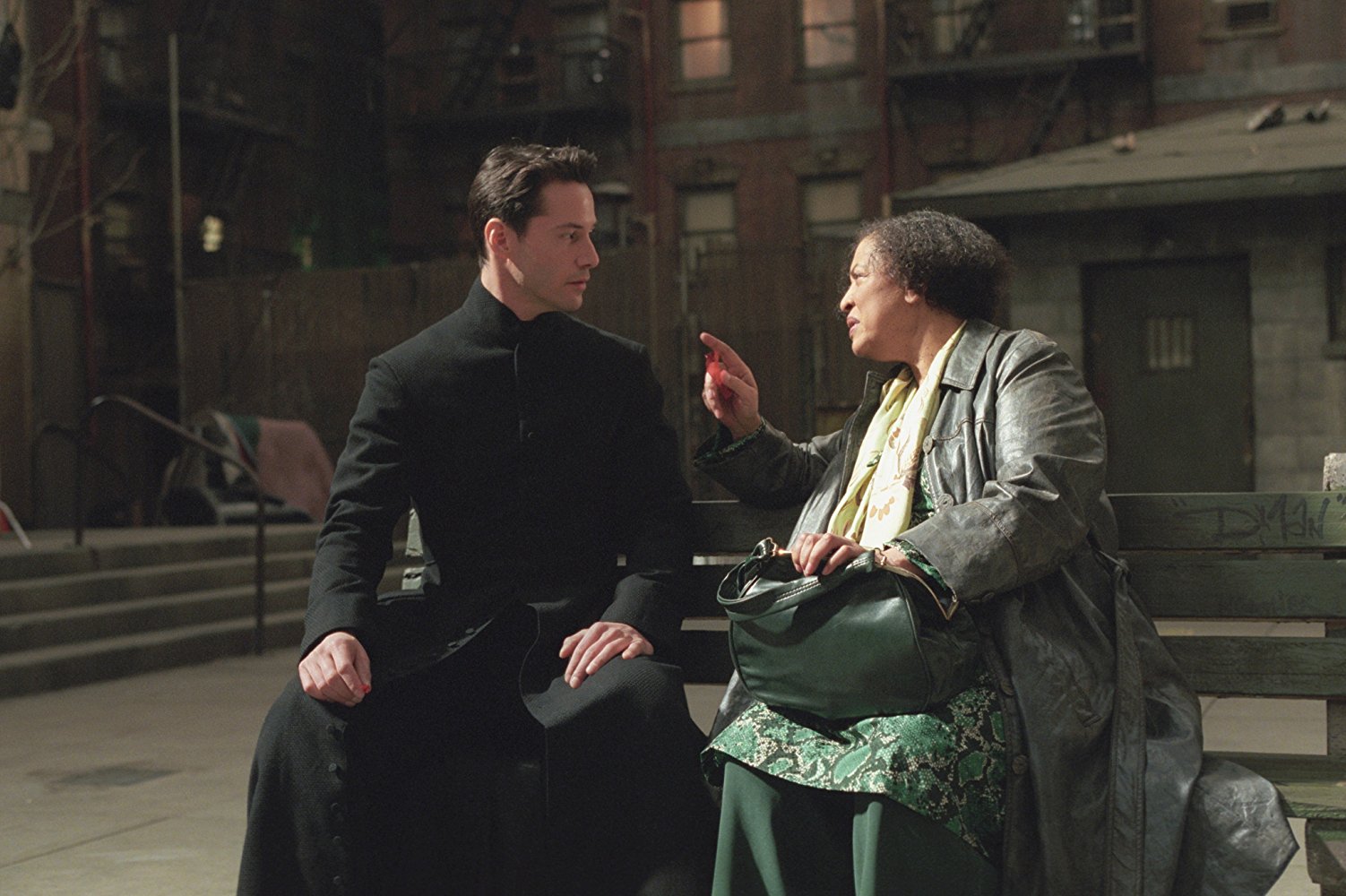 Neo and the Oracle in ‘Matrix Reloaded’ / Photo: Warner Bros.

That would also help you understand how the programs that make up the Matrix (including the Oracle) work. Here he explains that everything that works and meets its objectives is invisible; but there are some pirated copies of programs that break their function, and in that same break, there are rules and codes that must be followed.

Neo, being the Chosen One, is not a pirated copy, but if it is an anomaly or a measure within the system in favor of it. For a program not to end in suppression, it must hide in the Matrix or return to its source (the base of the machine). This is where Neo must go to prevent the death of all who are connected to the Matrix and the destruction of Zion.

Who is the Architect?

Almost at the close of The Matrix Reloaded Neo meets the Architect, the creator of the Matrix. It is about Artificial Intelligence that, unlike the first machines (those that rebelled against human beings when oppressed), has not developed emotions, since everything is based on logic and on the objective: create a simulation to control humans.

The first version of the Matrix that the Architect created, it was perfect, but for that very reason it was rejected by human beings based on the imperfections of our existence. The second version was also a failure, so he created software (the Oracle) that would analyze the emotional and spiritual experience of human beings based on free will. 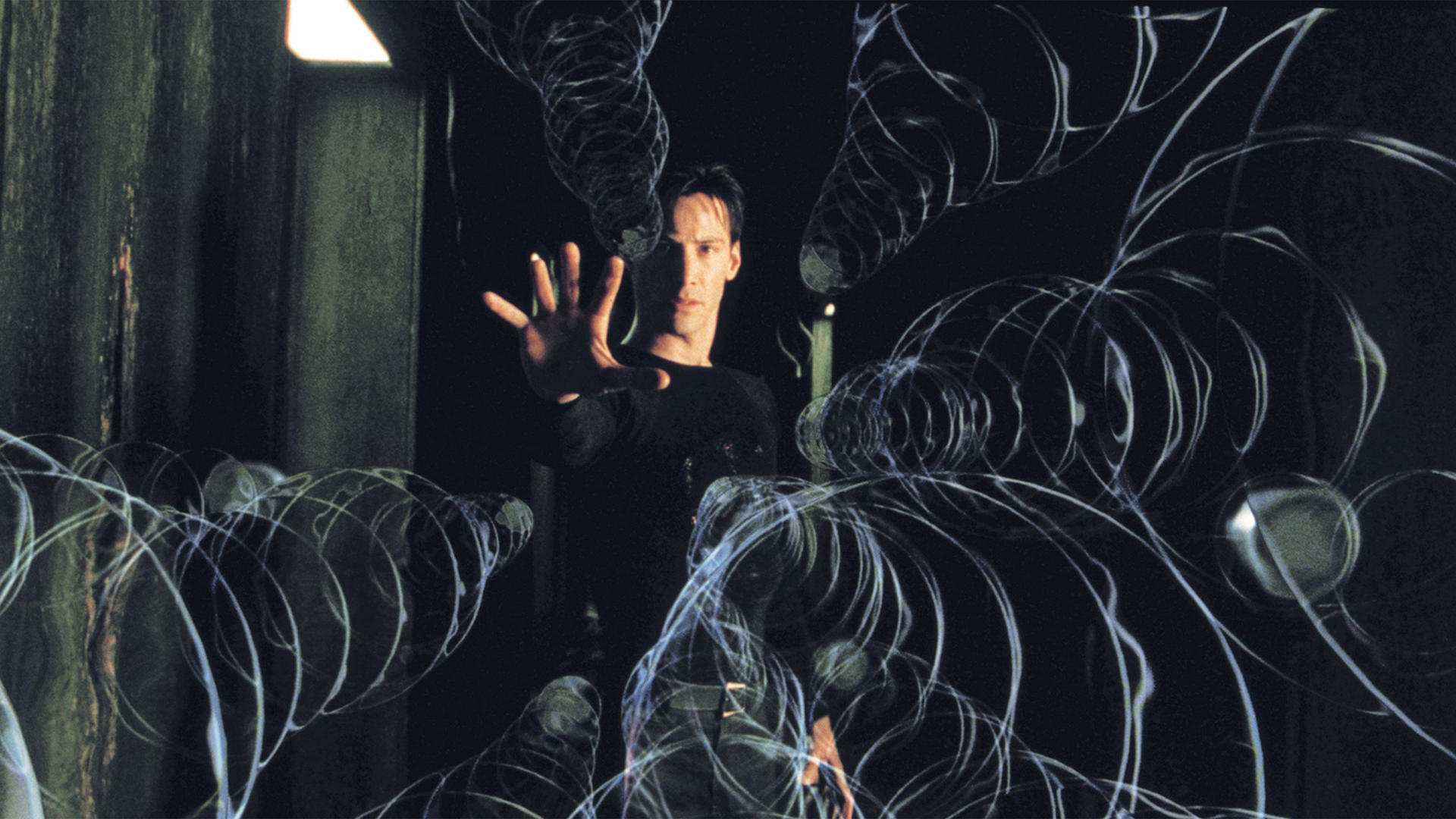 Neo on ‘The Matrix’ / Photo: Courtesy of Netflix

I mean, yes It gave them the illusion of decision making, the less humans would be likely to wake up and alter the Matrix. At the same time, the supposed ability to decide increases the probability that it will be born an anomaly like the Chosen One. The Architect uses this anomaly to his advantage and creates various elements around it to exploit it as a control mechanism that enhances the idea of ​​freedom.

During their meeting, the Architect tells Neo that this is the sixth time they have talked; that is to say, it is the sixth version of the Matrix. Some theories indicate that in The Matrix Resurrections We will see a new version of the simulation, that’s why we see Thomas and not Neo, or else, Trinity is still inside the Matrix.

Welcome to the desert! The 3 conversations you must remember to see ‘The Matrix Resurrections’