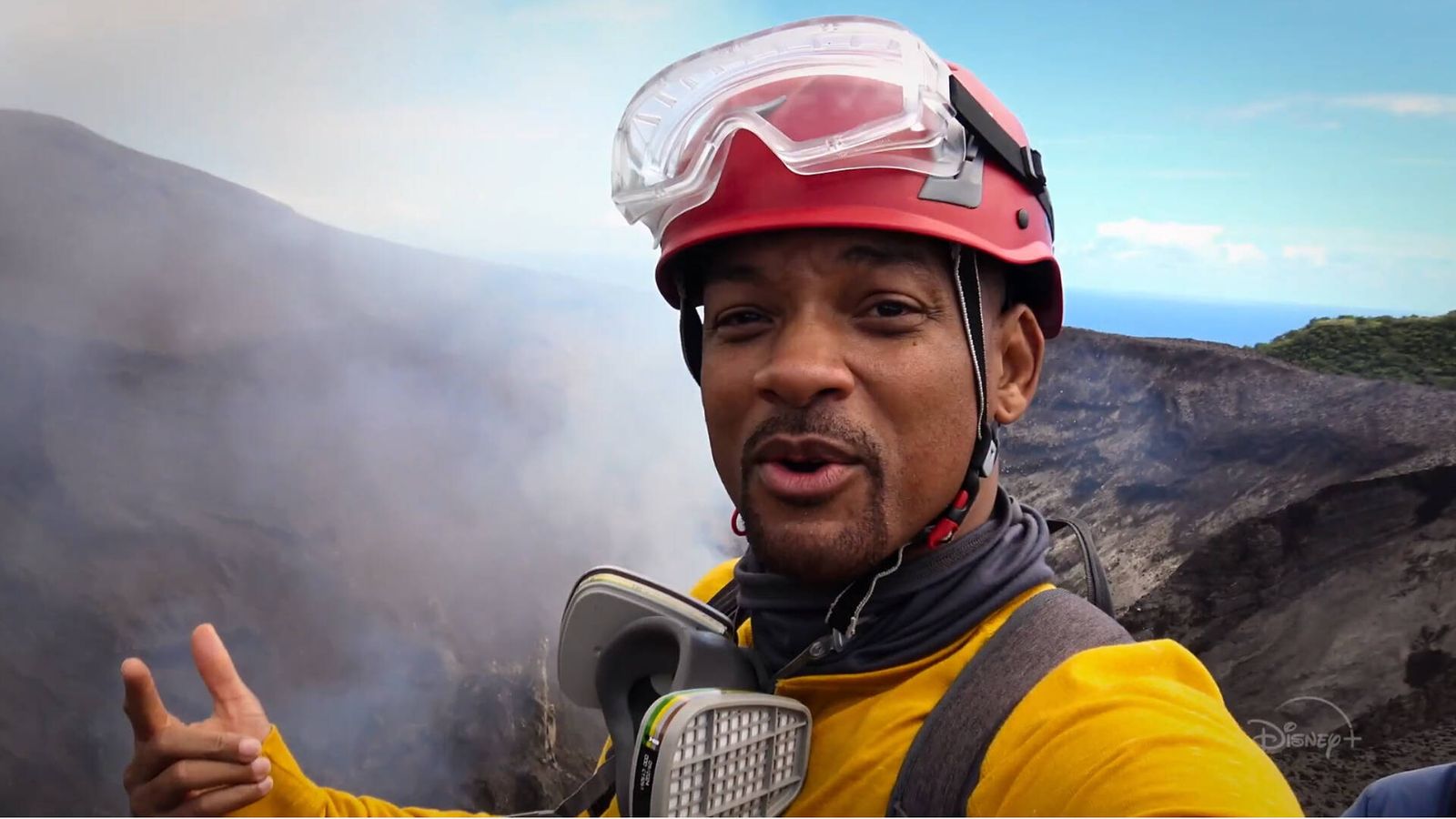 In the documentary Welcome to earth by Disney + traveling the world becomes a succession of formidable images. Also on a dazzling journey in the company of a charming Will Smith. Produced by Darren Aronofsky, the series has a real interest in giving the viewer the experience of being a traveler through awe. And in most of its chapters, it succeeds.

It is a perception about the planet that transcends mere observation. Aronofsky, who previously worked with Will Smith on the National Geographic documentary One Strange Rock, this time has an ambition other than the tour. With the camera that looks at the world with curiosity and considerable attention to detail, Welcome to earth you want to bring the audience into the experience.

So while Smith traverses all kinds of landforms, the show creates an immersive experience through ingenious resources. The images become colorful and oversaturated to show the vitality of the earth, the gigantic plants and trees. Or otherwise: express desolation through an almost haunting coldness. The same happens with the sound and even with the careful camera games. With a pulse, the program is interested in generating a deep connection between what it narrates and what is shown.

Welcome to earth it is so much a documentary focused on moving with natural beauties, like a subtle plea. Cleverly conveys a message to the background: everything amazing has the quality of the fragile. Is that condition on our planet like a living creature in constant growth and in the midst of a delicate balance, the main message of the program. And he manages to transmit it to the extent of that sincere conception of the wild, the untouchable and the magnificent.

‘Welcome to earth‘at the ends of the world

The documentary makes a unique use of the figure of Will Smith, often the protagonist of great cinematic epics in which he tries to protect the world. In Welcome to earth, the hero becomes an explorer. But he also shows all his sensitive vulnerability in the service of creating the feeling that he is also a common man in an extraordinary situation. Smith fits his role well between the comic and a more contemplative undertone. In fact, much of the success of Welcome to earth it is his ability to allow adventures to be sustained by the actor’s charisma.

It does so as the narrative follows Smith into the depths of the sea or to admire the terrible beauty of a volcano; always as a respectful companion. The actor is open, excited as a child, amazed to tears. Also overwhelmed and overwhelmed, restless and even fearful. In Welcome to earth, the human element is as important as the formidable camera tours.

Perhaps, the greatest triumph of the Disney + documentary, is to understand that geographical exploration also comforts an old longing of man. The one of communion with nature. It is that conception about the capacity of the remote, the wild and the unknown to still cause emotion, the main interest of the program. And it is the way in which he manages to give a twist to the usual journey of exploration across the world.

‘Welcome to Earth’: a nature documentary that thanks to Will Smith will not make you sleep