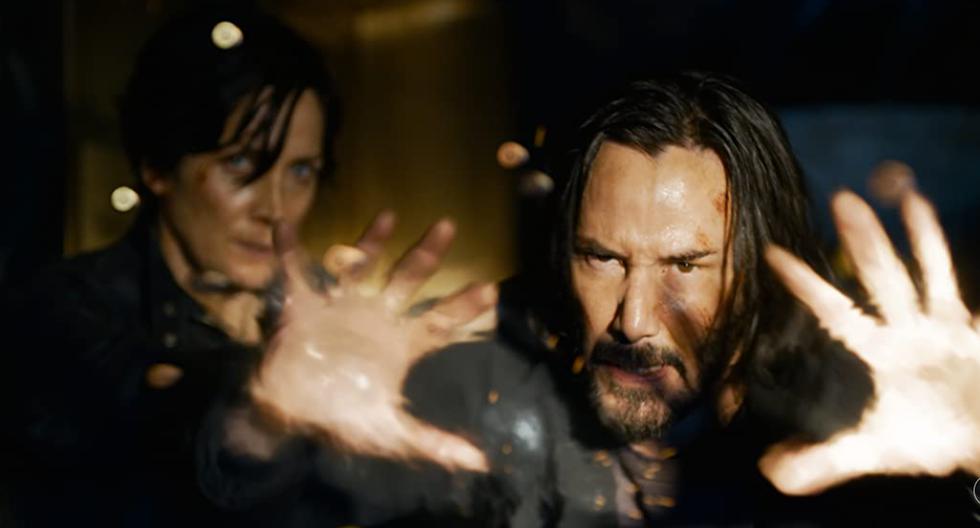 The new movie of Matrix It comes 18 years after the premiere of ‘Matrix Revolutions’, the third installment of this story, directed solely by Lana Wachowski, as her sister Lilly decided not to participate due to workload and private reasons.

“I came out of my transition [en 2016] and I was completely exhausted because we had done ‘Cloud Atlas’ and ‘Jupiter Ascending’, and the first season of ‘Sense8’ consecutively […] So I needed this time away from this industry. I needed to reconnect with myself as an artist and I did it by going back to school and painting and stuff … ”, Lilly herself mentioned her absence from the new installment of The Matrix, during a virtual panel of the Television Critics Association’s summer tour for her Showtime series “Work in Progress.”

SIGHT: “Matrix”: the true meaning of the woman in the red dress

It is for this reason that the direction and production of the new film of the transcendental science fiction saga is in the hands of one of the minds responsible for the previous trilogy, one of the reasons why Keanu Reeves agreed to again embody the skin of the ‘Chosen one’.

We analyze the trailer:

As soon as we start we have an image of what appears to be ‘Capitol City’ or the apparent new digital city created by machines. The second option is the most feasible, since we do not see the typical greenish tone to which the previous films have accustomed us, and instead, a warm and sunny atmosphere is noticeable.

But the disconcerting comes from the beginning, as we see the chosen one being interviewed by a psychologist (Neil Patrick Harris), which makes us think that ‘Neo’ survived the ‘Revolutions’ and was reconnected to the Matrix. Here is a nod to the previous films with the black cat on the desk, will it be the same as the déjà vu? from Neo, that bug in the Matrix?

Apparently Neo has visions or memories of a past that he cannot fully understand and is confused, which is why he goes to this psychologist. In what seems to be a memory, it is possible to see the vision he had of the Matrix, with the codes in constant change.

Spoiler alert! (If you have not seen the saga it is better to stop at this reading):

We know that this is not a prequel or reboot, it is the continuation of Matrix Revolutions, that is, what happens after Neo’s real body is left in the city of machines after his fight with agent Smith. That is why we see how the machines prepare Neo’s body to be reconnected to the Matrix. We don’t know if it was his decision or he really wanted to be reconnected.

It seems Neo either wants to live inside the Matrix or is being tricked again, as we see him taking the blue pill as a continuous medication. Possibly he is in the Matrix deceived and to keep him under control they use the blue pill. To all this is added the appearance of Trinity, but we know that it is a creation of the machines as a kind of program, since she died. That would explain why he does not recognize Neo and the scene in which codes appear on his face.

The new Matrix is ​​updated, with a resemblance to our reality (year 2021) and no longer to the year 1999-2000 that we saw in past movies. This is appreciated by the use of smartphones and tablets that Neo himself cannot understand.

The use of the analogy from the story of ‘Alice in Wonderland’ had already been used in the first film with the famous “Follow the white rabbit”, only now we are going to have the analogy of “Alice through the looking glass ”.

Then appears what has aroused the emotion but left many doubts to the fans, the famous ‘Young Morpheus’ (played by actor Yahya Abdul Mateen II) fighting with Neo in a kind of dojo similar to the one in the first film. Is this a young version of Morpheus? Will we see actor Laurence Fishbourne in one of his most important roles?

Then there are a series of action scenes in which we see Neo use his powers, and the union with Trinity and the new Morpheus, which would be programs from the same Matrix that help him, as it is known from previous films that the Matrix has benevolent programs such as the Pythoness.

We see the appearance of an agent in the typical way, taking control and the form of any civilian. Here we wonder if there will be any memory files that contain the Smith agent turned into a virus. Will we see the famous agent again?

The truth is that to understand this new movie it is completely necessary to see the entire previous trilogy that, happily, is available on Netflix.

Fans21 returned and analyzed the latest trailer for Spiderman No way home that was given after the leak last Monday. Are you ready to enter the multiverse?