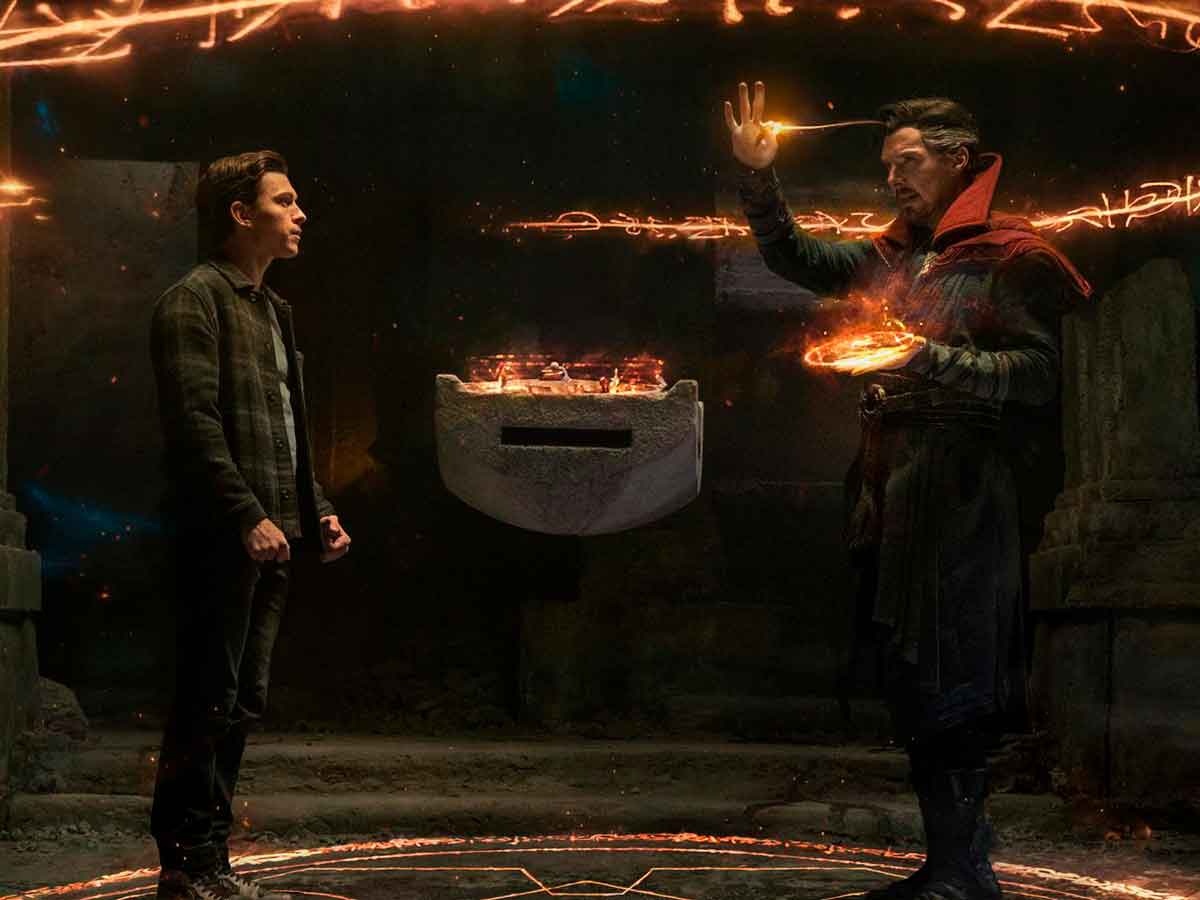 A UK cinema chain has revealed the official length of Spider-Man: No Way Home by Sony and Marvel Studios

The duration of Spider-Man: No Way Home It has been revealed by the cinema ticketing service of a UK cinema chain. The film that will be released on December 17 will be the fourth film in Phase 4 of the Marvel Cinematic Universe, it will once again have director Jon Watts and the interpreters, Tom Holland, Zendaya, Marisa Tomei, Tony Revolori, JK Simmons, Angourie Rice, Jacob Batalon, Jon Favreau, JB Smoove, Hannibal Buress, Martin Starr. To this third installment will be added the appearances of Benedict Cumberbatch as Doctor Strange, Jamie Foxx as Electro and Alfred Molina as Doc octopus, to which according to the rumors we have heard throughout its production, Tobey Maguire and Andrew Garfield as the wall-crawlers from the films by Sam Raimi and Marc Webb respectively. (Garfield we already have confirmation thanks to the leak of some images of the filming).

The latest trailer has made us believe that the appearance of these characters is possible thanks to Doctor Strange who, in the film, will receive a desperate Peter Parker who will ask him to perform a spell to make the world forget that he is Spider-man, unleashing accidentally the power of the multiverse.

The British cinema chain Cineworld has created the page for the acquisition of tickets on-line for Spider-Man: No Way Home, which includes its duration. There is no poster or plot information yet, but the time is visible and states that the film will be 150 minutes long, two and a half hours long.

Of course, it is very possible that this is a time estimated by the chain of cinemas and is finally revealed to be incorrect. For example, in 2019, a duration time of Star Wars: The Rise of Skywalker months before its premiere, which raised doubts as to whether the list was real or not. Sometimes the software providing the list requires something to be entered and a generic number is placed in the box until the correct one is announced. The perfect roundness of the number 150 could indicate that this is what has happened.

However, this duration is certainly within the normal for a film of this size. First of all, there will be a lot of characters and stories to tell, which takes a long time to cover the whole story. And secondly, this length of time is unprecedented. A duration time of 150 minutes would make No Way Home the longest UMC film that is not from The Avengers, but it would only be three minutes longer than Captain America: The Winter Soldier and about 15-25 minutes longer than the rest of Marvel movies. It remains to be seen if the study officially confirms this length of time, but for now it seems quite likely.

What do you think of this duration for the film?