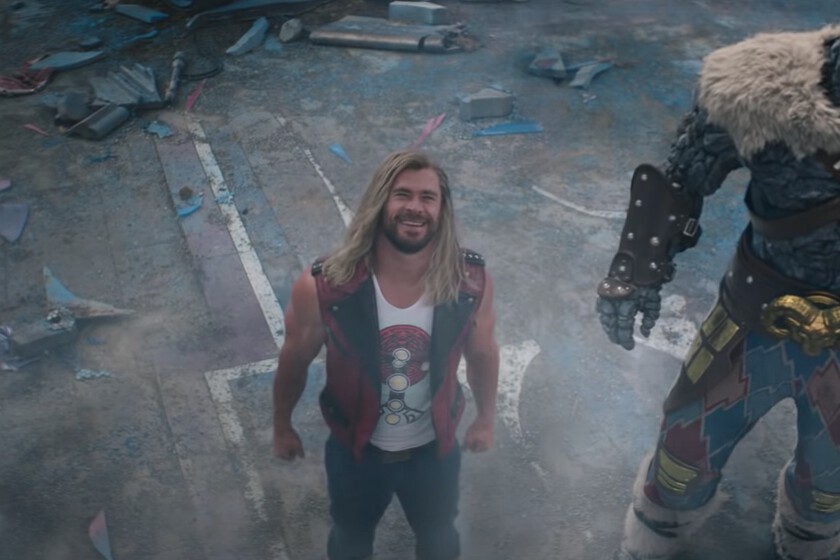 After some more serious movies, like ‘black widow‘, ‘Eternals‘ or the still brand new ‘Doctor Strange in the Multiverse of Madness‘, returns as planned (for this Taika Waititi is on board) a piece that recovers the most carefree and pop Marvel. The same one that she turned the two ‘Guardians of the Galaxy’ or ‘Thor: Ragnarok’ itself in excellent superhero comedies.

The party is joined by all the usual suspects: Chris Hemsworth, of course, is joined by the entire Guardians of the Galaxy squad, with whom the God of Thunder has been hanging out lately. Plus a few usual secondary characters of Thor’s adventures, such as Valyria -at the moment a hypothetical-but-almost-guaranteed presence of Loki is not revealed in the trailer- and, as a climax, the expected appearance of the new bearer of Mjölnir, who It had already been announced that Natalie Portman would play, reprising her pre-‘Ragnarok’ role.

‘ragnarok‘ is not exactly one of the most beloved films in the Marvel universe. Fans of the solemnity of the Avengers movies don’t agree with the overtly self-parodic, quirky character-filled approach of filmmakers like Taika Waititi or James Gunn. In this film we will see how Jason Aaron’s arc in ‘Mighty Thor’ is adapted -among other things- in which Jane Foster takes on the powers of Thor, we will see Christian Bale as Gorr, the Butcher God and has been described by those responsible as “a love movie”, which can literally mean anything.

At the moment the premiere is scheduled for July 8, which will make ‘Love and Thunder’ the second Marvel movie to be released after the sequel to ‘Doctor Strange’ and before ‘Black Panther: Wakanda Forever’. Surely, and signifying the summer return of one of the most beloved Avengers, it will mean a new boost for the finances of a Disney that is not determined to leave the glorious past of the first three phases of the MCU completely behind.

We already have the first preview of ‘Thor: Love and Thunder’: the most pop and extravagant Marvel returns