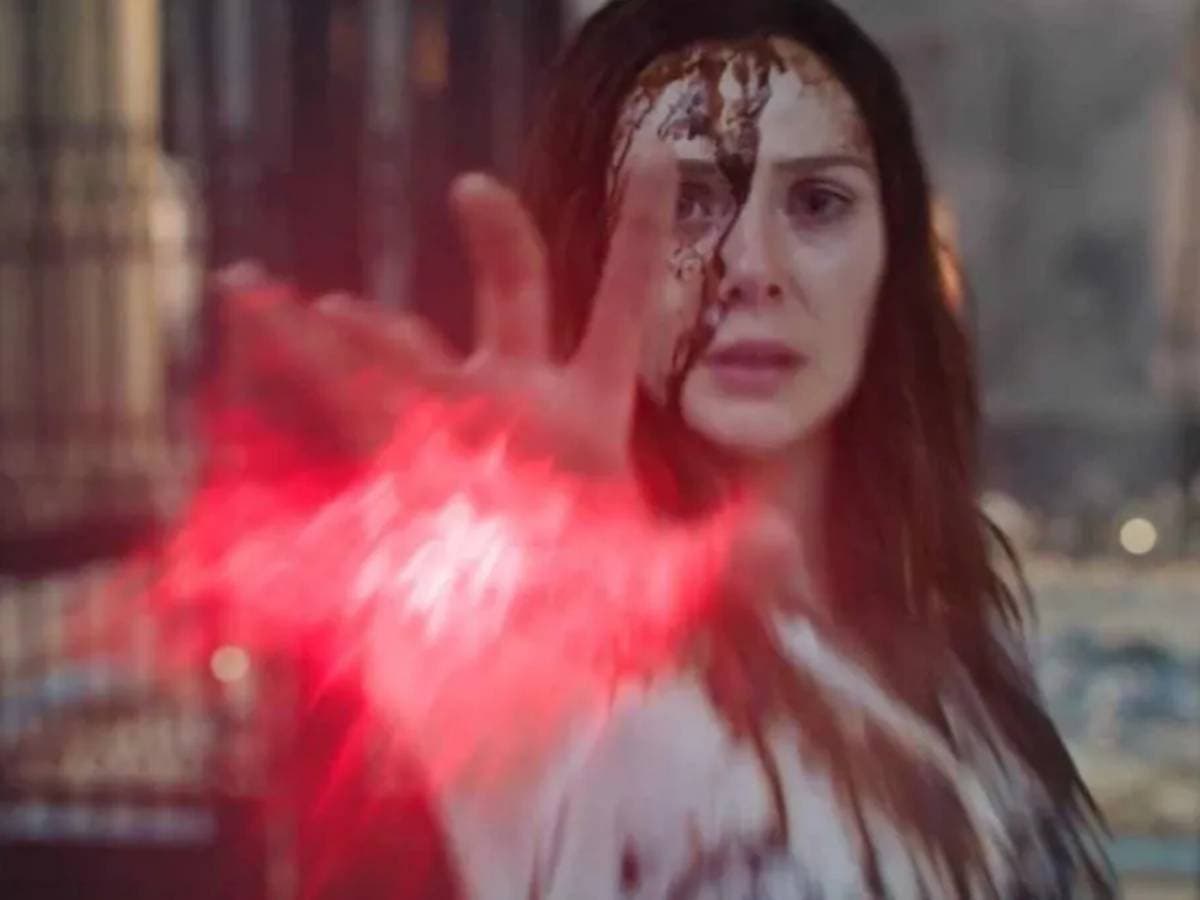 The new images of Doctor Strange 2 bring back the most macabre version of Scarlet Witch… This time she has murdered someone!

The latest TV commercial Doc Strange 2 has presented a macabre scene. In it we see Scarlet Witch destroying a Ultron Sentinel at the headquarters of the illuminati multiversals. The sequel to Sorcerer Supreme is going to bring us a very tricky version of the character of elizabeth olsen. She will be unleashed. After what happened in WandaVision, it is not surprising. Look at the «tv-spot” mentioned!

As you will see in the following image taken from the advance of Doc Strange 2, this is the moment in the ad where Scarlet Witch has killed one of the robots. She has cut off His head!

If you zoom in on the image, you can clearly see that there is a liquid splashing on the ground. The liquid comes out of the robot’s head. Is it blood? Will it be oil? Is this a vision of Scarlet Witch? Will she have killed a human being in Doc Strange 2 and he will have believed that he is a robot of Ultronobsessed as she is with this android after what she did in Avengers: Age of Ultron? What do you think?

The theory could be confirmed… Is she a serial killer?

To date, there had been much speculation that Scarlet Witch would be present at a massacre that occurred at the headquarters of the multiversal Illuminati. Many people assumed that something like this would happen because of the blood that bathed her white blouse in other trailers of Doc Strange 2. We do not know if the character of Elizabeth Olsen will have lost the papers again. As we say, perhaps she believes that she has ended the life of a series of robots. However, if it is a dream, if it is not reality, we could end up seeing how Wanda Maximoff kill every Illuminati in the room…including Charles Xavierwho will be featured in the MCU in this movie!

Wanda murders in the new images of Doctor Strange 2