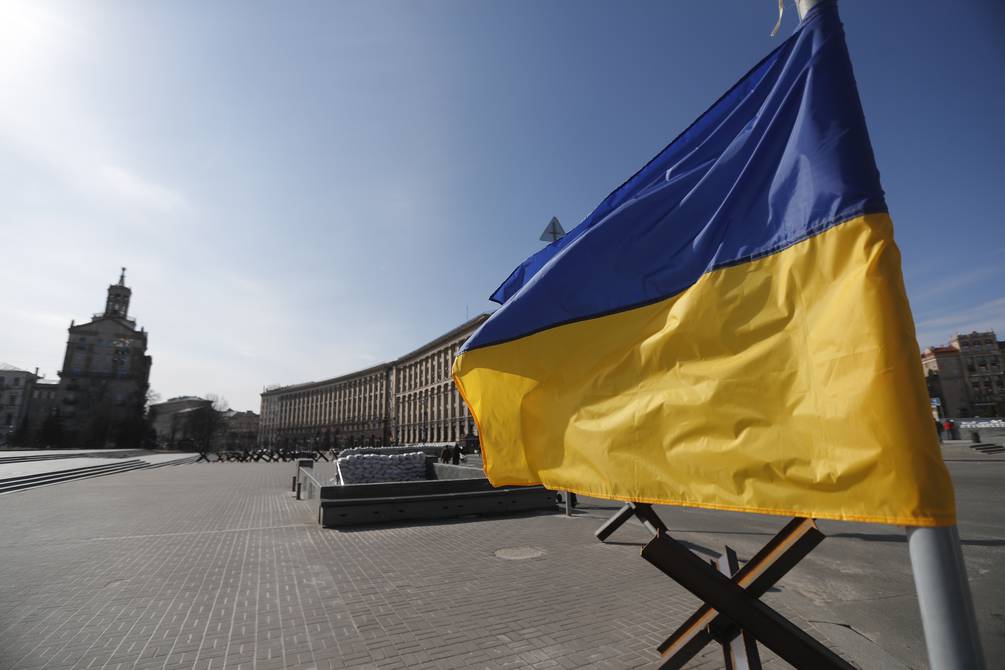 In true Oscar style, Russia was slapped in the face by Ukraine as it did Will Smith to Chris Rock at the Academy Awardsbut this time, in the theater of war.

The Ukrainian Defense Ministry staged a parody of the Hollywood gala and announced awards including Best Picture, for a Russian warship on fire after it was hit by a ballistic missile in the Black Sea, and Best Cinematography for the dramatic shooting down of a helicopter, reviewed the Daily Mail.

Although, certainly all the scenes of the Russia-Ukraine conflict that can be seen on social networks are worthy of an Oscar.

The British tabloid refers to this “comedy” as one more example of the power of the forces commanded by Volodymyr Zelensky, winning the information war against Russia. He noted that official state accounts continue to post viral memes, in order to gain international support in the face of Putin’s brutal invasion.

It must not be forgotten that the ukrainian president Before coming to power, he was an actor, producer and screenwriter, with experience in the world of visual arts, and it is evident that he is putting into practice what he has learned in the art of war.

She is Vladimir Putin’s elite sniper: A 41-year-old mother of 2 daughters who was captured by Ukrainian troops after being left wounded

The 7 best videos of moments of war

A caravan of at least 30 Russian T-72 tanks, support vehicles and a fearsome TOS-1 thermobaric missile launcher were destroyed in a surprise attack by the Ukrainians in the Brovary suburb of kyiv.

The Russian commander, Andrei Zakharov, of the 6th Tank Regiment of the 90th Tank Division, was killed in the offensive. “Commander, the commander is dead!” is heard in the video.

Without a doubt, the Russian invasion leaves moving moments that show the human side of war. One of the moments that moved the world the most was when some children in a Kharkiv air-raid shelter sang the Ukrainian national anthem.

It should be remembered that Kharkiv is the second largest city in the country and the bombings that little by little destroy the metropolis since the “military operation” began are very constant.

They cost around 3.7 million euros each. They carry out aerial attacks against tanks and bunkers, with a maximum altitude of five miles to avoid enemy machine guns and can navigate even if it loses the GPS signal.

Best Cinematography: “A Kiss from Stinger”

And the Oscar for Best Cinematography goes to… A Russian helicopter hit by a Stinger missile. This motivated Ukraine to request more missiles of this type to continue fighting the invaders by air.

Stingers are made in the United States. Earlier this month, NATO provided Ukraine with almost 3,000 man-portable anti-aircraft weapons with infrared homing technology to search for and engage flying targets.

The weapon is easily operated. The soldier must insert a battery coolant unit into the handguard, which releases a stream of argon gas into the machine. He also fires a chemical energy charge, which powers the gauges and missile. He puts it on his shoulder and fires.

Tractors towing Russian tanks that were captured by Ukrainian farmers became one of the most symbolic images of the war for the bravery of civilians.

Many Russian armored vehicles emblazoned with the Z war symbol were captured, abandoned, or destroyed.

In one video, a bystander is heard saying, “That’s huge! They stole a Russian tank!”

The farmer replies, “I towed this one for our troops, and now I’ll go get more.”

Best Actress: Javelin for the powerful performance in “Fiery Orcs”

A Javelin anti-tank missile against a Russian armored vehicle got all the praise. In the video, released by the Defense Ministry, the Ukrainians are seen celebrating after firing the missile over their shoulders and successfully hitting the target.

This weapon works with an infrared system to lock on to its targets, which means troops don’t need to keep aiming after pulling the trigger. The missile can fly up to 490 feet in the air.

And the most important award of the gala goes to… the huge Russian ship destroyed by a direct hit by the Ukrainian Navy.

Orsk, a 370-foot Russian Alligator-class tank carrier was destroyed, while anchored in the captured port of Berdyansk in southern Ukraine.

Three days before the attack, Russian state media filmed the Orsk in port unloading armored vehicles they said would reinforce troops in the vicinity of Mariupol, sparking speculation Ukraine could use the video to target the ship.

It remains the largest ship that the Ukrainian forces managed to attack so far. (I)

Volodymyr Zelensky’s forces pause and announce their “Ukrainian military Oscars”: These are the 7 best awarded videos of the war | International | News