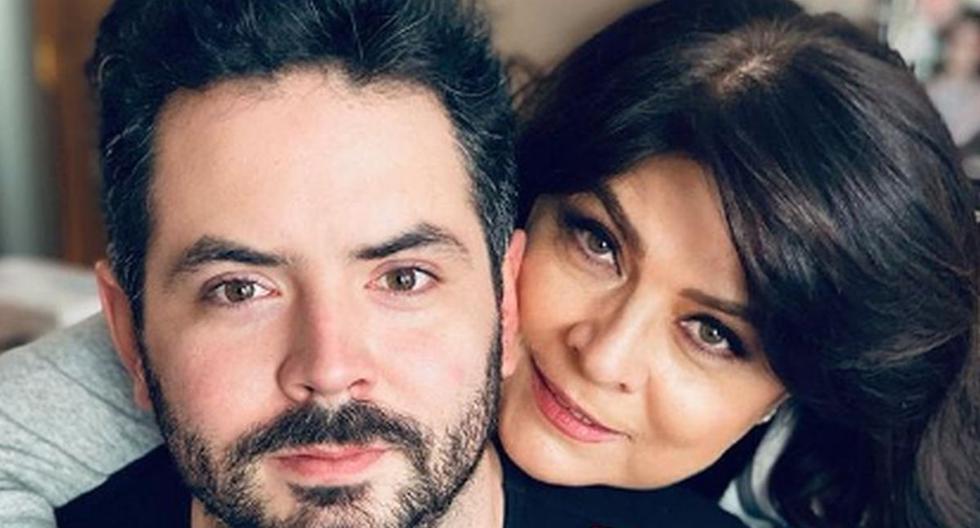 Victoria Ruffo She is one of the most important actresses in Mexico, thanks to her leading roles in successful soap operas and movies. Despite her vast career in entertainment, the consecrated interpreter has not had the opportunity to work in audiovisual productions with any of her children. Until now, it has been confirmed that it will be part of the film “Rommie”, where he will share roles for the first time with Jose Eduardo Derbez.

MORE INFORMATION: The curse of the Derbez surname, according to José Eduardo Derbez

José Eduardo is the son of Vitoria Ruffo and the comedian Eugenio Derbez and was chosen to be the protagonist of “Rommie”, a film directed by Mexican film director and producer Pedro Pablo Ibarra, better known as Pitipol Ibarra. The romantic comedy whose filming began this week on locations in Mexico City.

FIRST TIME TOGETHER ON SCREEN

The actor expressed his excitement at having the opportunity to work for the first time with his mother. “My mom will be making a cameo. My mother comes out in a scene, that gave me a lot of pleasure and we really enjoyed that scene “, he pointed Jose Eduardo Derbez.

Derbez explained that he is in a very exhausting production process, but assured that he feels happy because “Rommie” will witness a historic moment: for the first time, it will act together Victoria Ruffo.

On the other hand, the son of Victoria Ruffo and Eugenio Derbez, He has been taking sign classes for deaf-mutes for a few weeks, because in the film he will share the leading role with Irvin López, a young man who does not hear or speak. According to the actor, the process has not been easy at all, because in addition to learning the dialogues, he must know well the form of communication carried out with his hands.

José Eduardo, has been taking sign classes for deaf-mutes for a few weeks now, this with the intention of being able to share the set with a young man who does not hear or speak, his name Irvin Lopez. The process has not been as easy as I thought, because once you have to work together, you must learn in addition to dialogue, the form of communication that is exercised with the hands.

“You learn to value a lot when you have all your senses and I began to know how they work, communicate and think. The classes have been complicated, difficult, apart from that you have to put your intention (to show on camera) and remember the text “Derbez told reporters.

“The Rommie” is a romantic comedy that has José Eduardo Derbez as co-star, and Irvin López will have an important role within the great cast of artists, among which the 23-year-old Mexican actress stands out. Fiona Palomo, Maite Perroni, Bárbara de Regil, Ana Serradilla, among others.

WHAT IS THE MOVIE ABOUT?

José Eduardo is Ro, a man who unfortunately could never have a good relationship with his parents, and now he is dedicated to being between apartments where he does everything to avoid paying the rent to his landlords. One day he meets Vivi (Fiona Palomo), a writer who has just lost her grandmother. The young woman needs money in order not to lose her home, and it is for this reason that she has to find a rommie. Thanks to his representative, played by Giuseppe Gamba, he gets to know Ro, who, in addition to becoming a roommate, uses him as inspiration for a novel.

Victoria Ruffo and José Eduardo Derbez together: “Rommie”, the film that will bring together mother and son