After various rumors and speculation, Sony decided to advance the premiere date to Venom: Let There Be Carnage. This means that some specialized media already had the opportunity to see the new symbiote film and the first reactions indicate that this sequel far exceeds the original.

In social networks, those lucky ones who already had the opportunity to see it have shared their first reactions, and as I told you before, it seems that it ended up complying.

“Venom: Let There Be Carnage is a crazy mix between a buddy movie, romance and horror. He doesn’t waste time getting to the action and he never stops. Hardy is on fire and Harrelson * IS * Carnage.

Don’t miss out on the credits. “ 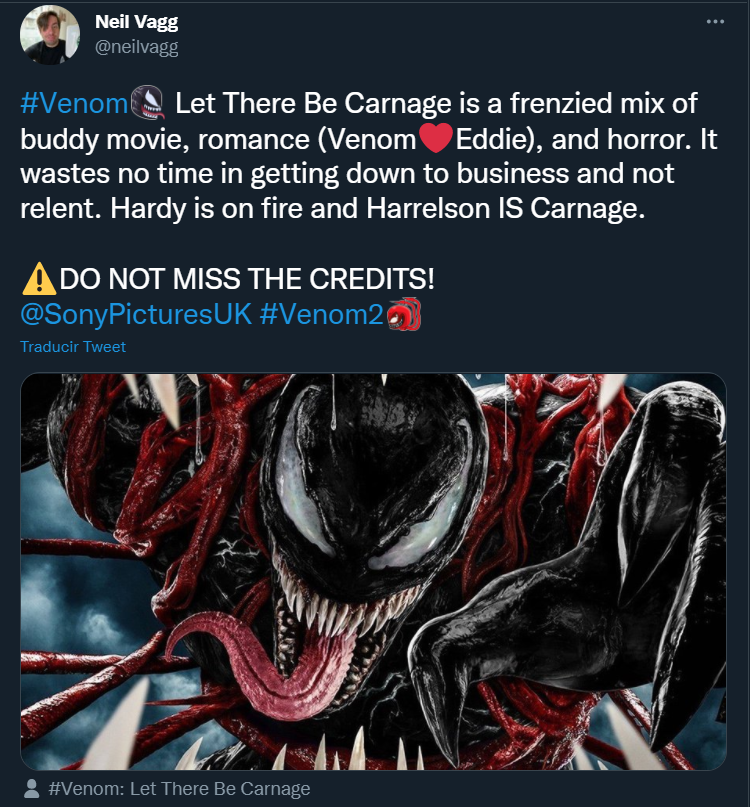 “Venom: Let There Be Carnage is truly insane. It’s ridiculous from start to finish. I loved the first one, and this one raises everything to 11.

And fuck, THAT post-credits scene. “

“I was lucky enough to be among the first to finally see Venom: Let There Be Carnage and I loved it. The first Venom is one of my favorites among the modern MCU and its sequel tells a very human and beautiful story for Eddie Brock. “

So as you could see, the movie seems to have met expectations, although of course, it is best to wait for us to have the official rating. Remember that these first impressions do not always do a good job representing the final product, as it happened with Batman v Superman, Suicide Squad de David Ayer, y Justice League de Joss Whedon.

Venom: Let There Be Carnage The pnext October 1.

Here are some external SSDs that are compatible with the PS5
New Harry Potter show announced!