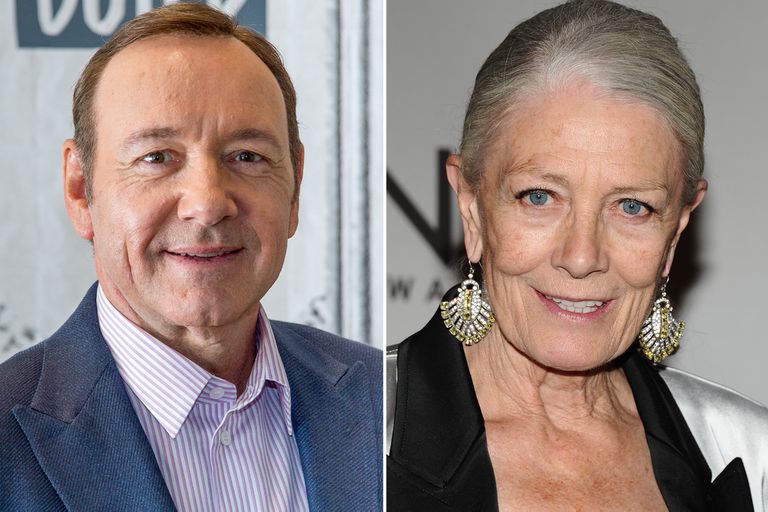 Actress Vanessa Redgrave made the decision to step aside from L’uomo che disegnò Dio, Italian film in which he was going to play a piano teacher. And his decision, although he did not say it openly, This project will mark the return to the screen of Kevin Spacey, away from the sets since several men accused him of sexual abuse, in 2017.

Although work was barely started on the production of Franco Nero Redgrave [ganadora del Oscar por su trabajo en Julia de 1977] It seemed like a set number, a statement released in the last hours dismissed that possibility. Vanessa Redgrave’s name is included in recent stories related to the casting of the next film L’uomo che disegnò Dio. While there have been discussions about the possibility of her joining the cast, she will not appear in the film. ” details Variety.

Redgrave – married to Nero since December 2006 – was working on The Lost Girls Y Alice, Through the Looking, both in post-production stage, and has two other projects pending for the remainder of the year.

Spacey’s last film, Billionaire Boys Club, by James Cox, premiered in 2018 and was a failure: it cost around $ 15 million and did not raise even 3 million. Actually, the film was shot between 2015 and 2016, but unlike what happened with All the money in the world -who decided to eliminate the actor’s scenes and replace him with Christopher Plummer-, premiered with Spacey in the credits, something that seems to have directly affected the box office.

Spacey will be behind a police detective in the film by Franco Nero, who is also a producer and protagonist. The Italian told the aforementioned medium that the role of Spacey is confirmed and is small. And this will be his first film job after the accusations and lawsuits presented by a score of young people who accused him of committing multiple abuses.

“I am very happy that Kevin agreed to participate in my film. I consider him a great actor and I can’t wait to start the film, ”Nero told ABC News.