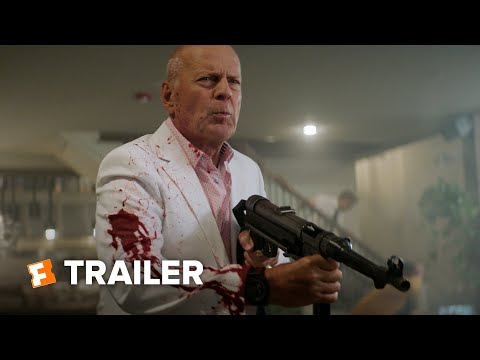 Learn here the details of “White Elephant”, one of the latest films by Bruce Willis

This is how Vadhir Derbez discovered his girlfriend being unfaithful

After becoming known in the acting world by the hand of Eugenio Derbezhis son Vadhir has been a trend on social networks after sharing his experience with great Hollywood figures such as Bruce Willis and John Malkobich during “White Elephant.” Remember that this tape was one of the last film projects he starred in Demi Moore’s ex-partner before announcing her acting retirement. Find out more here.

Speechless. Through an interview for Televisa shows, the member of the Derbez clan gave details of what will be the expected premiere of “White Elephant” in the United States.

Of course, Vadhir Derbez could not hide his emotion on the surface and pointed out that his participation in the American film directed by Jesse V. Johnson is one of the films with the highest share of action and suspense in which he has worked in his entire life artistic.

Of course, he made it clear that beyond the story and the script, this film is special because of the great acting cast it has, many of them being references and examples of dedication to those he has admired since childhood.

According to the member of the Derbez family, the coexistence with the Hollywood artists was so good that, on occasions, he felt bonds of friendship thanks to the conversations and talks he had with several of them.

“It’s a cutie. They are people that I have seen in too many quite successful projects for many years, since I was little, and being able to have them there, being able to really coexist with them not only on stage… but off the set, laughing and really generating a friendship, was a great experience”pointed out for the television house.

Likewise, Derbez spoke about Willis’ imminent retirement from the acting universe, revealing that he has nostalgia and mixed feelings for everything that the acclaimed American actor represents for him.

In that sense, he felt sorry that the famous protagonist of films such as “Die Hard” and “Sixth Sense” had to resort to to definitive retirement from his career after being diagnosed with aphasia.

Finally, Vadhir indicated that he was always grateful for having shared scenes and roles with a star of the stature of Willis, since experiences like these will not only remain in his memory, but also, They will serve as learning throughout your acting career.

Vadhir Derbez: what it was like to work with Bruce Willis in White Elephant, one of the actor’s last films