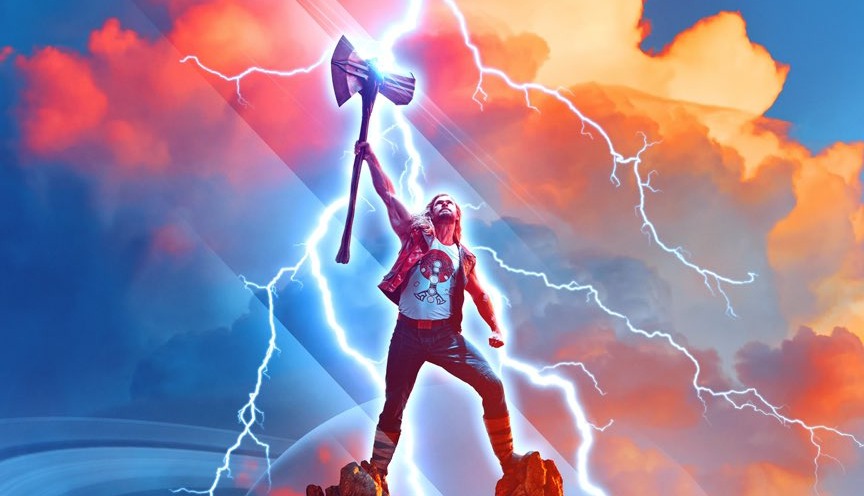 On June 23, it was carried out from Los Angeles the premiere global long-awaited new installment of Marvel, Thor: Love and Thunder which brought together the entire main cast of Chris Hemsworth’s fourth solo film as the God of Thunder after the events of Avengers: Endgame.

The film, again directed by Taika Waititi, marks the return of Natalie Portman as Jane Foster, that after a few years of absence in the Marvel Cinematic Universe (MCU), came back with an improved version. Joining them is a great cast like Valkyrie (Tessa Thompson), Korg (Waititi) in addition to the expected appearance of Christian balewho will embody Gorr the Butcher of Gods.

The character of the renowned former hero of DC Comics which will have its first collaboration with Marvel Studios arrives in the middle of the unknown, since within the graphic stories of Marvel is one of the great nemesis of the now Multiverse. And it is that, as its name says “Butcher of Gods” possibly he got into a fight with some deities of the story like Zeus (Russel Crowe).

Although little known by followers of the UCM, some divinities from different cultures such as Mayan, Inca, Japanese, Irish and Chinese gods have also served as heroes in the graphic magazines of the Marvel. This is important to mention, since Some users on social networks noticed the alleged presence of Aztec or Mayan Gods in Thor: Love and Thunder.

The arrival of the gods would seem surprising, but it is something that has been working for a long time by the Marvel Cinematic Universe in this Phase 4 from Shang Chi and which took quite a lot of force with the arrival of Moon Knight where some Egyptian deities could be seen.

In the brief preview presented by the Marvel Studios can be seen behind Korg a being with a distinctive plume like the one used by the Aztecs, as expected, thousands of users rumored that these brief appearances of Aztec Gods could give way to the next great film production of the UCM, Black Panther 2 where everyone points to the mexican actor Tenoch Huerta as the great villain of the film as Namor. 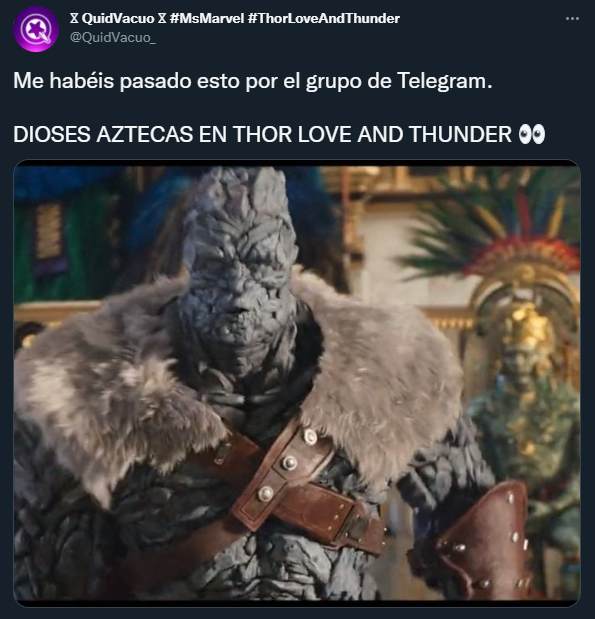 Users rumor the possibility that the Aztec Gods appear in the tape of “Thor: Love and Thunder” Photo: Twitter/@QuidVacuo

“The connection with ‘BLACK PANTHER WAKANDA FOREVER’ is coming.” “Smells like a link to Black Panther 2 to me. Little by little, mythology with deities is being incorporated into the UCM, starting with Moon Knight.” “Namor’s will be Mayans, but all is well because the UCM will also include Aztecs, that is incredible, hahaha, at least there is already a close-up of costumes that I can see.” They are some comments recovered via Twitter.

For the culture of comics, Namor is a character of vital importance because he was listed as the first antihero: “A short-tempered superhero and antagonist who attacks surface dwellers whom he perceives as detrimental to his kingdom and people.”

Some of the anti-hero’s powers come from his Atlantean heritage of the seas, he also possesses unique mutant abilities such as flight. Namor and the kingdom of Atlantis have a long history with Wakanda and T’Challa in the comics, with the two hidden kingdoms known to fight each other.

However, leaked images of the alleged suit of namor returned by the portal GQ and the prestigious insider MyTimeToShineH show an appearance of the character supposedly played by the histrion of narcs attached to the comics but with some pre-Hispanic details.

It should be remembered that in an interview with Vice, Tenoch had to be accompanied by a press assistant to make sure he didn’t talk about it and where he commented that he had been learning the Mayan language for his next movie role from Atlanta, where the prequel to Black Panther.

Users reported the appearance of Aztecs in the trailer for the movie “Thor: Love and Thunder”