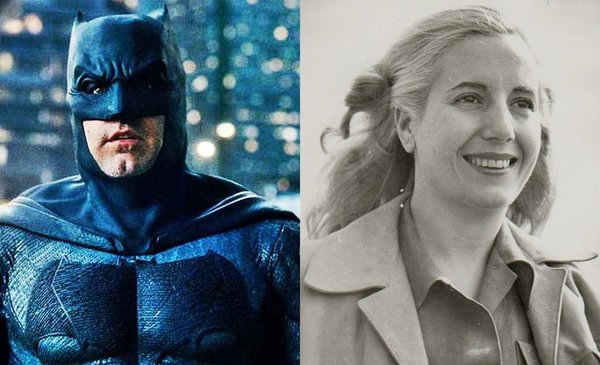 After the premiere of Batman (2022)the new film directed by Matt Reeves and starring Robert Pattinson, the Internet was filled with analysis videos in relation to the iconic superhero. yesterday justa YouTube channel dedicated to analyzing old television series, discovered something unusual in the Batman series (1966), created by William Dozier starring Adam West and Burt Ward: there is a reference to Eva Perón.

Youtubers Leo González and Mariano Juárez, creators of the channel, noticed this detail and shared it with their audience through a video titled Batman and Peronism, in which they show the images of Evita’s funeral that the director chose to put in a scene of his series. “What do Adam West’s Batman and Eva Perón’s funeral have in common?begins by telling González at the beginning of the video.

Through his story, he explains that those responsible for this were a group of American technicians from 20th Century Foxcurrently known as 20th Century Studioswho arrived in Argentina at the time he died avoid to film the event. “On July 26, 1952, Evita died and the government of Juan Domingo Perón hired the renowned director of photography, Edward Cronjager, to film the funeral in technicolor”follow.

“Cronjager had already done another job with the funeral of French Marshal Ferdinand Foch, and led a team of American technicians from the 20th Century Fox who came to the country to film the event. The images were released in a short film entitled And Argentina stopped his heartGonzalez continued. This was the first film produced in color in Argentina and, “Being made by Fox, the same company behind Batmanthe footage ended up being recycled for the Batman movie.”closed the youtuber.

After the great success of Batman (2022)it was revealed that the Irish actor Colin Farrell is going to star Penguina new series of hbo max directed by Matt Reeves. In this opportunity, Farrell will give life to the character of “El Pingüino”, the antagonist of Batman. “We are thrilled to bring audiences a version of this iconic DC character that has never been seen before. It is incredible to continue this story and see Colin Farrell take his already exceptional performance to the next level.”announced Sarah Aubrey, the head of content for HBO.

Unusual: they discover a reference to Eva Perón’s funeral in a Batman movie