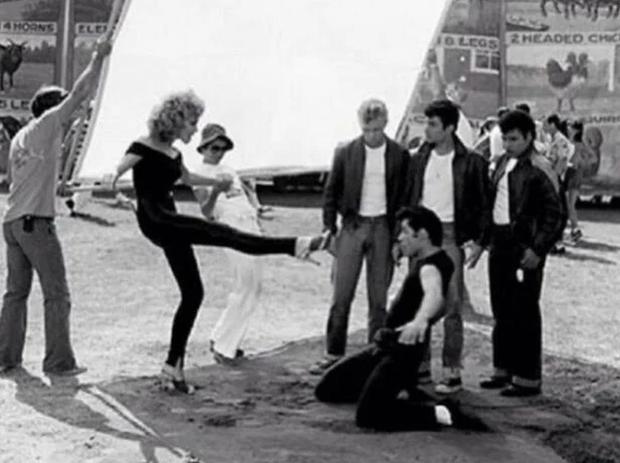 “Grease” is a movie classic that was released more than four decades ago and that is still valid today, as it is one of those films that never go out of style. Although it marked many generations that followed the love story between Sandy Olsson, an innocent girl, and Danny Zukothe tough guy in a gang, there are many who want to know more about the 1978 American musical film, which was set in the 50s.

Because of this, we show you some unpublished images of what was the filming of this worldwide successwhich consolidated and launched not only its protagonists to fame Olivia Newton-John Y John Travoltaalso Stockard Channing, Jeff Conaway and Lorenzo Lamas.

It should be noted that it was nominated for the Oscar Awards in the Best Song category for “Hopelessly Devoted to You”, as well as for the 1978 Golden Globes for Best Film (Musical or Comedy), Best Actor for John Travolta, Best Actress for Olivia Newton. -John and Best Original Song for “You’re the One That I Want” and “Grease”.

WHAT WE DID NOT SEE IN “GREASE”

Without a doubt, the image of Sandy pushing Danny with her foot is one of the most remembered, since it appears at the end of the film. In the unpublished photograph, the production team is seen further lighting that scene.

Taking advantage of the moments of rest, the actors did not miss the opportunity to take some photos to immortalize during filming, as did John Travolta, Olivia Newton-John and Jeff Conaway.

At another point, Travolta is seen watching through the video camera as scenes from the hit film are filmed.

It also appears, the moment in which the recording of a shot in the mechanical games is prepared. Jeff Conaway, Stockard Channing and other actors are seen.

Finally, there is a shot of Travolta with the actors who were part of his gang in the film. Here, the sense of humor is quite a lot.

Unpublished images of “Grease”, the film by Olivia Newton-John and John Travolta

The sad story of Valeria Pani, the vedette who worked with Cantinflas and who was murdered in Argent...
"Jordan Peele has done it again": these are the first reactions to 'Nope!'
The movie with Keanu Reeves and Cate Blanchett that is trending on Netflix 20 years after its premie...