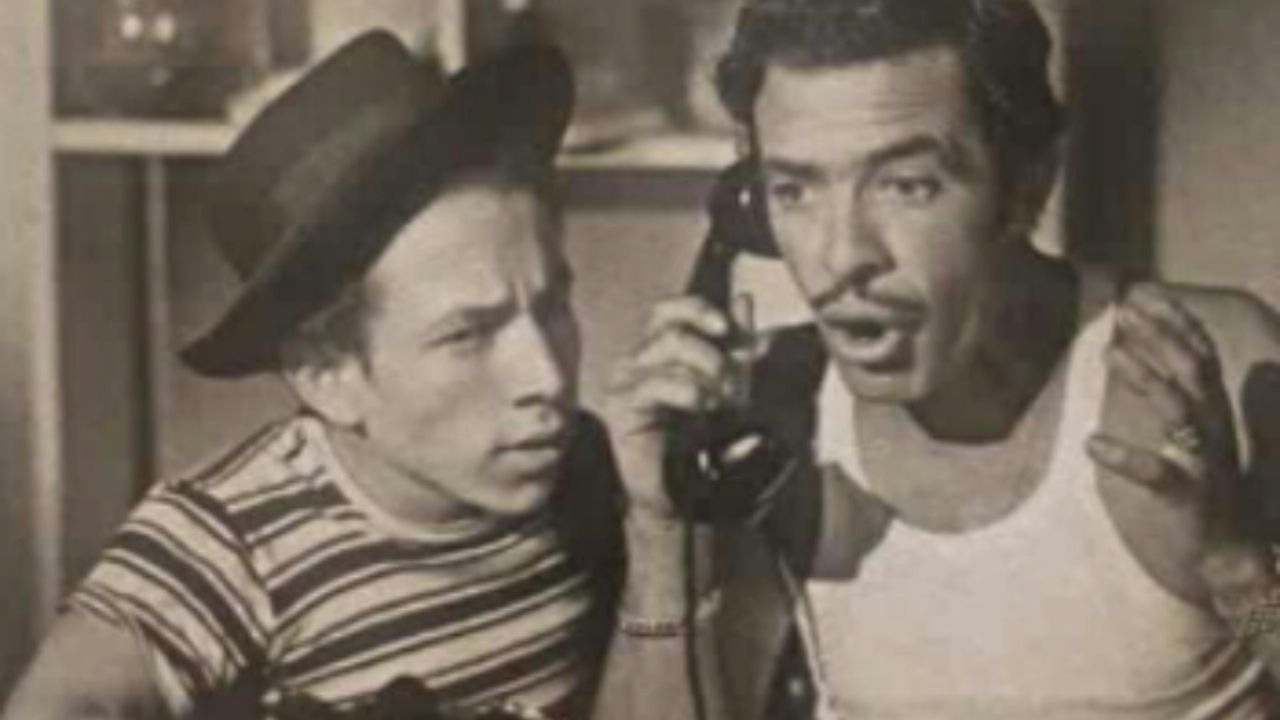 During the last weeks, users on social networks have been more aware of the lives of various famous actors and actresses from the time of Mexican gold cinema.

As with the actor José René Ruiz Martínez as best known within the artistic guild, specifically in the cinematographic as “Tun tun”, who was born on November 22, 1932 in Tampico, in the state of Tamaulipas, Mexico, and who died on October 16, 1993 in the city of Mexico.

Tun Tun was a famous Mexican comedy actor, who was part of the golden age of Mexican cinema in the 1950s, and later became part of the so-called genre of the sexy stockings in the 70s and 80s.

His film debut was in 1949 alongside the comedian pachuco Germán Valdés, better known as “Tin Tan” on the love the king of the neighborhood, where Fanny Kauffman, better known as a vitola, would also debut; In addition, said production included the participation of Joaquín García Vargas, Ramón Valdés, Oscar Pulido, José Jaso and the child Ismael Pérez.

Tape “The king of the neighborhood” was one of the most acclaimed during this time, and was directed by Gilberto Martínez Solar; follows the story of a young railroad man played by “Tin tan”, who is constantly protecting his neighbor Carmelita, a character played by Silvia Pinal despite the fact that this always helps rejected.

This story can be simplified as a modern Robin Hood of that time, where the gang of robbers ripped off women millionaires, but everything becomes more complicated when one of the scammed, the character babe played by vitola falls in love with him.

His passage through the Mexican Golden Cinema

This production was killed graphically, it ranked 18th in the list of the 100 best films of Mexican cinema, this according to the opinion of 25 critics and specialists within the mexican cinema, data which was published through the magazine “Are” on 1994.

In addition, “Tun tun” worked in various films alongside Germán Valdés “Tin tan”, such as Don’t defend me compadre in 1949, Sinbad the dizzy in 1950, El conde de Montecristo released in 1954, as well as El sultan descalzo y el Violetera in 1960.

In this sense, people wonder more about the private life of the famous actor who distinguished himself by his dances within the cinematic scenes of the successful films of the golden age of cinema.

He lived a complicated childhood

Jose René lived a childhood complicated, because a few days after birth he was diagnosed enanismo, and the problem intensified after his father was embarrassed by the genetic condition that his son had, so he decided not to send him to study at school, since he thought that his classmates would make fun of him so the famous actor who is now remembered for his charisma He was recruited from his home, where he spent much of his childhood.