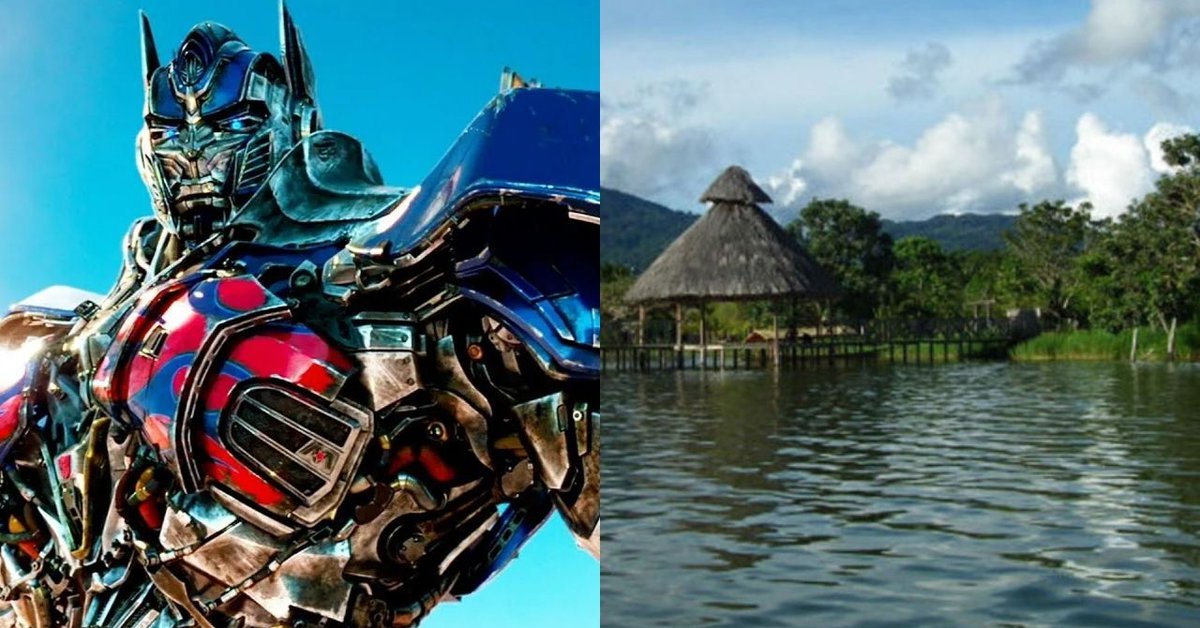 After culminating with the recordings in Machu Picchu, in Cusco, the production of ‘Transformers: Awakening of the Beasts’ He is filming various scenes of the seventh film of the saga in Tarapoto, in the province of San Martín.

For this reason, the Regional Government of San Martín decided to close some tourist spaces to the public to allow the filming of the American film to take place without interruptions.

In addition, the regional director of Foreign Trade and Tourism (Dircetur), Milner garcia, informed that all the respective permits have been granted so that the production of ‘Transformers: Awakening of the Beasts’ occupy these places until September 28, 2021.

Among the tourist areas of San Martín where the film is being filmed is the Alto Shilcayo viewpoint, areas of the Chazuta and Shapaja districts, the La Unión waterfalls in La Banda de Shilcayo, the Ahuashiyacu waterfalls and a space of kilometer 12 of the road to Yurimaguas.

Given this, García asked the understanding of visitors, tourism operators and other people linked to the sector about the closure of these rivers and streams until the end of September.

It should be noted that the official highlighted that he has received other proposals from national companies to record films in attractive spaces in Tarapoto and Alto Mayo, as well as in the south of the region.

SECURITY AND SUPPORT OF THE PNP

The head of the Dircetur assured that the company in charge of the recordings will receive full support not only from the regional government, but also from other sectors such as the National Police of Peru (PNP).

Thus, the actors and all the staff of the film will have guaranteed security during their stay in San Martín.

As is known, initially, between 80 to 100 people will participate in the recordings. However, the number will increase in the following days as the filming of the eleven days progresses.

LEADING PLAYERS ARE ALREADY IN TARAPOTO

The protagonists of the seventh installment of Transformers, Anthony Ramos and Dominique Fishback, are already staying at hotels in Tarapoto and La Banda de Shilcayo along with other staff.

To inform your loyal fans of your arrival, Anthony Ramos He shared a video through his Instagram account enjoying the Tarapoto Falls.

It should be noted that all of them will be transferred to the sites in more than 60 vehicles rented from a Tarapoto transport company.

Likewise, restaurants and other places have been contracted from where some things that the production will require during filming will be supplied.

NOBLE GESTURE WITH PEOPLE OF TARAPOTO

The production of Transformers: Awakening of the Beasts‘surprised the residents of the La Unión village, in the San Martín region, by announcing that it will support the reconstruction of the road after a solidarity agreement with local authorities.

“Thanks to the film we are already in the eyes of the world. We also have the benefit of repairing the road on our track, grateful in this way for the support that the company and the authorities of our town have given us “commented the municipal agent of the La Unión village.

After the good news, the people of Tarapoto thanked the noble gesture of the production with stews and typical dances upon arrival.

Let us remember that the production of ‘Transformers: The Awakening of the Beasts’ will record the scenes of the film in the San Martín region until September 28. Then, the actors and part of the staff will return to Machu Picchu, in Cusco, to film the remaining scenes of the film.

(With information from Agencia Andina)

Transformers: Anthony Ramos says goodbye to Cusco dancing typical dance and drinking Pisco Sour
Yiddá Eslava faints: What illness does the former Combate member suffer from?
Milena Zárate will not accept an apology from Santi Lesmes: “He messed with my daughter”