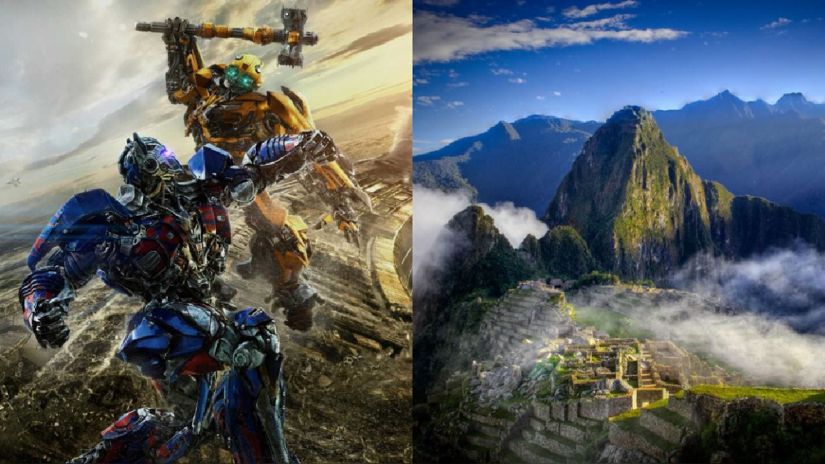 The new installment of “Transformers”Finished filming in Macchu Picchu, historical place of Cusco which will be the main setting of the story. The announcement had come a while ago by director Steven Caple Jr., who assured that the reason for filming in this location was because of “the spiritual connection that is felt in sacred places.”

“On this occasion, we are going to have the opportunity to film in Cusco, located high and deep in the Andes mountain range, where it is possible to find traces of a sophisticated Inca civilization that survived in time and continues to live in Cusco communities “, he added at that time during a virtual event organized by Paramount .

On September 7, the actors Anthony Ramos y Dominique Fish came to the district of Macchu Picchu, on Cusco, where the recording of “Transformers: Rise of the Beasts ”, the new installment of the millionaire saga. Both movie stars arrived with the technical team.

After receiving authorization from the Decentralized Directorate of Culture Cusco, the production went to the archaeological park of Macchu Picchu to shoot scenes for the film in four days. Previously, it was confirmed that for the filming in the Inca city only equipment that does not damage the cultural heritage would be used, that is, without robots or vehicles in the area.

How was ‘Transformers’ filmed in Cusco?

According to the provincial mayor of Cusco, Víctor Boluarte Medina, the film work of “Transformers” on Cusco It will take place during the first fortnight of October in the Plaza Mayor, the Plaza San Pedro and other locations whose coordination is carried out with the Economic Development Management of the municipality.

Days ago, the district mayor of Macchu Picchu, Darwin Baca León, had explained to RPP News that the use of the locations for the filming of Transformers does not suppose a monetary contribution, that is to say, the use of spaces will be free.

“In between there is no cost or amount that is being requested … What is being sought is more the contribution to the reactivation process,” he commented. According to the authority, this will help promote the “wonder” and position it in the first places of preference compared to other tourist attractions in the world.

The Directorate of Road Circulation of the Ministry of Transport and Communications (MTC) authorized the use of the sections of the Piri – Abra Málaga highway; as well as the 28B Mountain Abra Málaga – Cusco – Quillabamba Route; and Piri – Alfamayo. Through these routes the displacement of the autobots and decepticons of the universe was arranged “Transformers”.

The farewell had to come and it was on Wednesday, September 15, when the production and cast team withdrew from Macchu Picchu celebrating Peruvian culture. Through social networks, a video of Anthony Ramos, star of “Transformers: Rise of the Beasts ”, dancing to the rhythm of the typical dance on the train.

At the moment, it is unknown where the production of the new film in the saga will move “Transformers”To complete the shooting or if they have already finished capturing scenes in the region of Cusco.

Are you one of those who stays for hours watching what’s on streaming platforms and in the end you end up seeing NOTHING? If so, don’t worry, you are one of us, so we made this episode with you in mind. We recommend you WITHOUT SPOILERS what to watch on Netflix, Prime Video, HBO Max and Disney + so that next time you don’t spend time searching and have the fixes. Of course, none of the members of this podcast coincide in their tastes … so variety is assured.