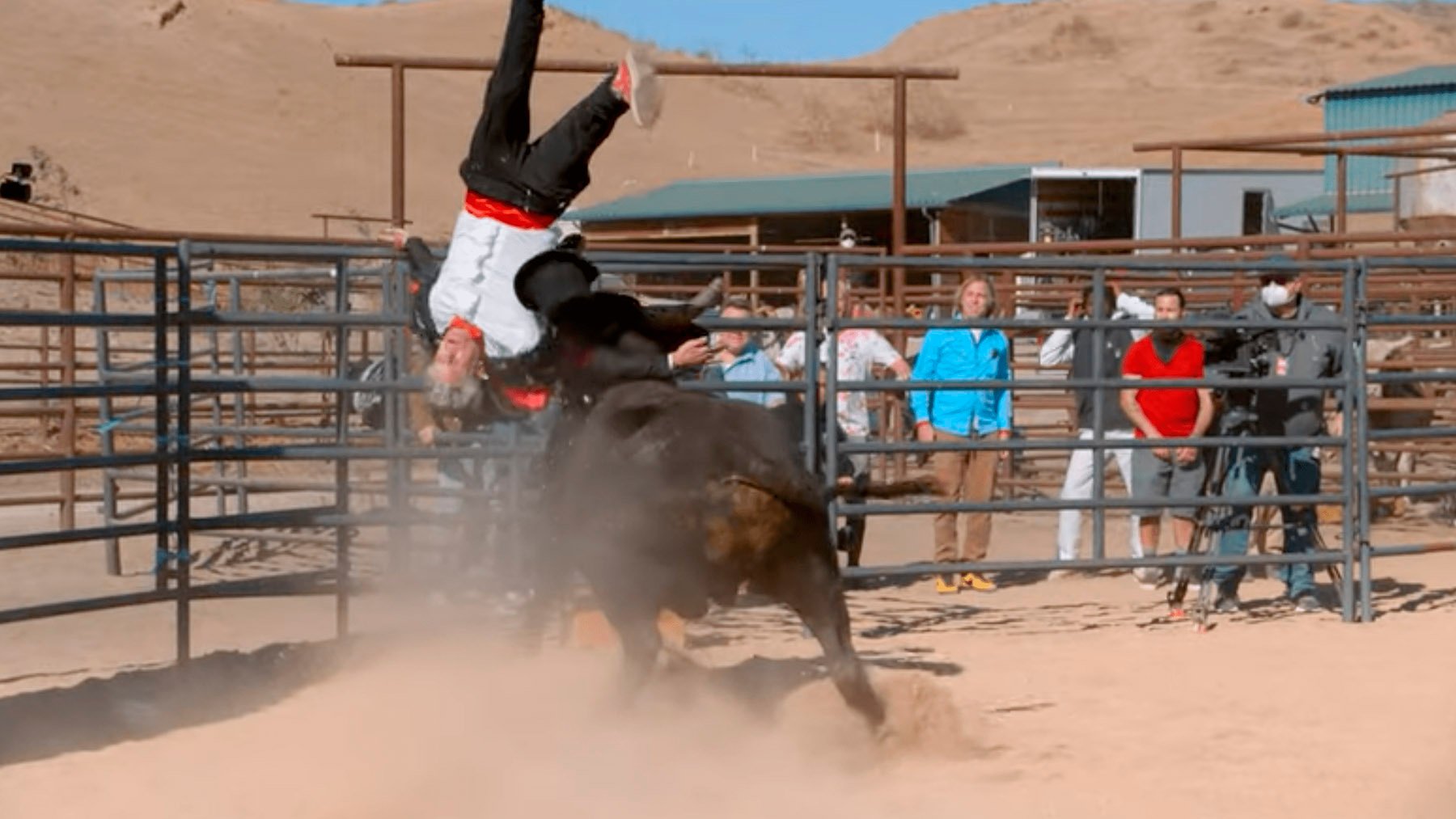 The one who once said that age calmed the character, never met Johnny Knoxville and his gang of misfits mad for trials of bravery and pain. Paramount Pictures has released the first trailer of Jackass Forever, the fourth installment in the franchise of celluloid’s most famous pain comedians. Its filming had to be interrupted for a week, but not because of the fracture or injury of any of its protagonists, but because of COVID-19 concerns, and it is that following its comic tone it will surely be the film that you can stop your production for a longer time due to bruises and serious accidents than by the pandemic of a deadly virus throughout the planet. Proof that the atrocities that these brains perform are not mounted or prepared is that both leader Koxville and Steve-O were hospitalized for injuries on the set and two days after testing, Aaron “Jaws” broke his wrist.

It is true that the crazy saga has never stood out for having a special relevance in its plot. However, the subtitle that accompanies the name of the tape “Always young and fun-minded” it points to an important background in the moment in which we find ourselves. An anarchic spirit in which you can do whatever you want with your best friends for a lifetime. The absurd dangerously mixed with falls, bites, bumps and even sparks They have come back to stay and entertain the staff again.

Apart from having Johnny Knoxville accompanied by his usual gang again, the new members of the cast are: Sean “Poopies” Mclnerney, Jasper Dolphin, Zach Holmes and as guest artists, we have the famous Eric Andre, Tony Hawk, Machine Gun Kelly and Shaquille O´Neill among many others. In the trailer you can hear that the members of Jackass have not lost a shred of their humor: “Concussions are not very good, but as long as you have them before 50 is great” while another continues “And Knoxville is 49. So we’re fine.”

Among the crazy things that can be seen in the trailer are the bird man fired on a human cannon or Knoxville himself gored by a dangerous bull. Jackass Forever lIt will hit theaters around the world on October 22, 2021.