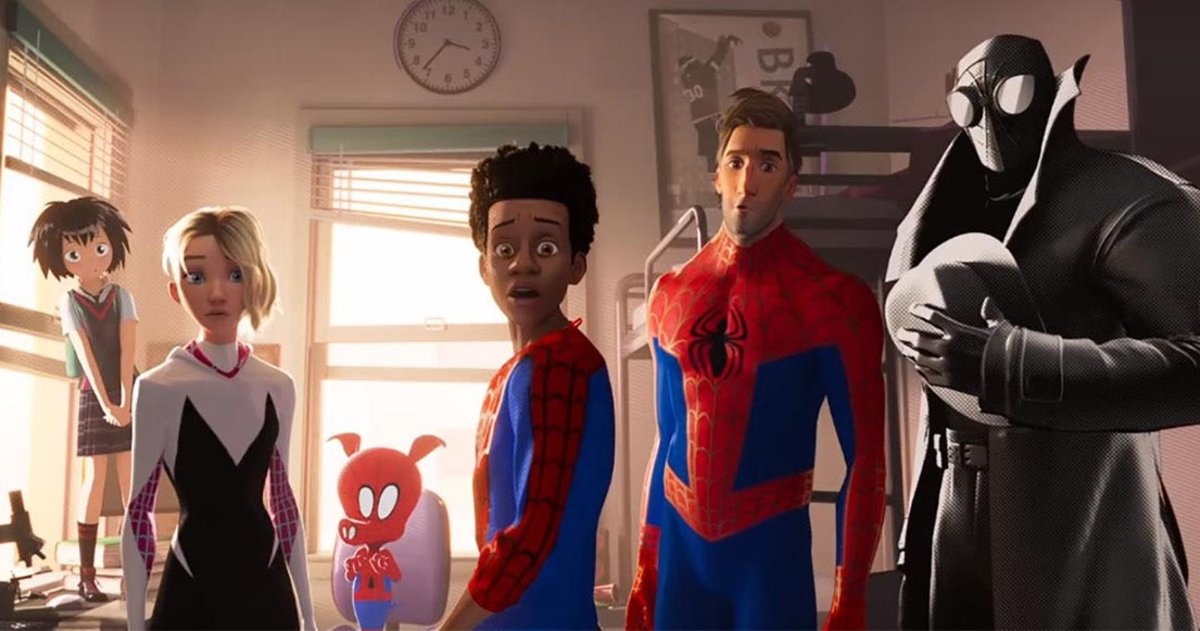 15 animated movies to enjoy with the family thanks to Amazon Prime Video.

Animated movies, for the most part, have the ingredients that are needed to entertain you and your family. However, choosing one that is really good can be a difficult task depending on what streaming platform you use. For this same reason, today we will tell you what they are The 15 Best Animated Movies You Can Watch On Amazon Prime Video.

Sometimes you just need a fun movie to recharge and make your day better. If you have this need at any time, the best thing you can do is enjoy one of the titles that appear in this list.

15 Animated Movies On Amazon Prime Video That Will Amuse You

Amazon Prime Video is a platform with movies for all kinds of tastes. Are you looking for a way to entertain yourself either alone or with the family? Then you have reached the right place. In addition, we invite you to view this article with The 11 best laughter series to watch on Amazon Prime, Netflix and HBO.

Shrek is a legendary animated movie that you can watch anytime you want on Prime Video. Discover the story of an ogre named Shrek who lives in a distant swamp and his precious loneliness was shattered by the invasion of pesky fairy tale characters.

After that time, there will be blind mice in your food, a big bad wolf in your bed, three homeless little pigs, and much more. Why is all this strange situation happening? Because they were all expelled from their kingdom by the evil Lord Farquaad And now this funny green ogre will be involved in an adventure he never imagined.

My favorite villain is a very funny animated movie made by Universal Studios and Illumination Entertainment. We are talking about a story that has all the necessary elements to entertain the family for a good time.

When Gru tries to fulfill his diabolical plan to rob the moon, the most incredible criminal act in history, this supervillain will have to face the greatest challenge of his entire life because tthree little orphans want to make him their dad. As a result, Gru’s vision will change little by little thanks to the three girls who touched the depths of his heart.

Rango is a fun and interesting children’s movie that you can see on Amazon Prime Video. Here you will meet a normal chameleon that lives in the Mojave desert, whose life becomes routine because he only dedicates himself to camouflage himself. When he decides to change his lifestyle, he reaches a sandy and desert town called Dirt where, they need the services of a new sheriff.

Upon learning of the vacancy, Rango introduces himself using his great acting skills to the full. Meanwhile, his new neighbors welcome him with enthusiasm and see him as the hero who will solve the disappearance of water in the village. You’ll make it? Hit play and see for yourself!

In this animated Spiderman movie you will meet Miles Morales, a young man who acquires super powers after being bitten by a spider, one who from there leads a double life going to his institute and chasing villains while patrolling the city. Fortunately, will have the popular Peter Parker to learn the hazards that this job requires. Both will have to team up with Spider-Man from different universes to stop a danger that threatens to end reality. A perfect alternative for lovers of superhero movies.

UglyDolls is an animated Amazon Prime movie with quite an interesting plot. This tells the story of a universe in which years ago dolls were created to give happiness to all the children of the world. The prettiest live in a magical city where everything is perfect, but the ugliest (called UglyDolls) live in Uglyland, a world where no one judges them and they feel protected. What if both worlds come together? Well, you will only find out if you start to see it.

The Snow Queen: Fire and Ice

The Snow Queen: Fire and Ice

After defeating the Queen and the Snow King, Gerda and her friends set out on a new adventure trying to find her parents, who were carried away by the North Wind many years ago. Throughout the journey, they will find a magic item called the Stone of Fire and Ice. Although the ancient legend tells that this stone fulfills wishes, when the two forces that compose it are released they can generate a catastrophe on a global level, something that little adventurers never imagined.

Reggie was an ordinary turkey, but on Thanksgiving the president of the United States spares his life. He was not really aware of the terrible fate from which he escaped, so he lives quietly, enjoying the presidential chambers to the fullest. However, one day he is kidnapped by Jake: the leader of the rebel turkey uprising. Why? Because I had to tell him that his kind are not guests of honor, but that they are kept and fed to end up on the menu of the most important feasts. Now his intention is to save his compatriots by eliminating turkey as the main dish of the traditional North American holiday, will they succeed?

The naive, clumsy and lovable minions’ villain helpers have a long time searching for a real evildoer they can serve. Through an evolution of millions of years, these creatures have put themselves at the service of the most despicable masters. Kevin, accompanied by the rebellious Stuart and sweet Bob, enter an exciting journey to find a boss to serve, the terrible Scarlet Overkill.

Alvin and the Chipmunks

Christmas is coming and the place where three squirrel brothers named Alvin, Simon and Theodore live has been torn down and installed with its small occupants at the entrance of a record house. Dave, a singer-songwriter looking for a way to spread his songs, unknowingly leaves with three rodents in his backpack. A short time later, he will discover that the three squirrels are special, because they can talk and above all make music.

Polar Express is one of the best and cutest Christmas movies you can watch on Amazon Prime Video. Christmas Eve night is magical and all children want to meet Santa Claus or travel to the North Pole. When Christmas approaches and a child is on the lookout for Santa Claus, a train stops in front of his house and the conductor invites him to a journey beyond your imagination. It is an animated Christmas movie that is perfect to enjoy with the family during the holiday season.

Emma has been very estranged from her family lately and is very worried even if it doesn’t show it. In an attempt to bring them together again, Emma goes to great lengths to prepare a special night for them. However, your plans will change when a witch condemns them to become monsters indefinitely. A movie inspired by the popular series from the sixties.

Day of the Dead

Salma is an orphan girl from the Mexican town of Santa Clara who has spent her entire life searching for clues about the identity of her parents. After discovering a book full of stories about Santa Clara and its people, Salma reunites with her two adoptive brothers Jorge and Pedro to tie up loose ends in your family’s estate.

The macho, like many villains throughout history, only has the goal of conquering the world.

Although Gru had walked away from his criminal life to care for his three daughters, things take an unexpected turn when he is recruited by the Anti-Villain League to track down an elusive criminal that threatens the world. Now, he will have a partner by his side named Lucy Wild with whom he will live several unforgettable experiences. Second installment of a fun animated film that will make you laugh from the first minutes.

Toto is a clever and ambitious egg who doesn’t just want to become human food, but to make something big and grow into a succulent free-range chicken. With the help of his friend and boxmate Willy and a dumb bacon, Toto will look for a way to get out of his owner’s fridge and find the Farms “El Pollón”. As you must be imagining, quite an adventure for an egg.

The three little ones embark on an exciting journey in which They will be joined by a beautiful egg, Bibi, and other friends. However, the road will be full of dangers and achieving the goal will be much more difficult than the eggs imagined.

A monster in paris

Emile is a shy film projectionist who accompanied his great friend Raoul, a creative and extraordinary inventor who works as a delivery man, to make an important delivery. When they arrive at their destination, a mysterious house, the two believe they see a strange creature. Stunned by what was happening, they decided to leave the curious house without being very sure what had happened, but shortly after they found out that there is a monster on the streets of Paris terrorizing its inhabitants. The film is set in the flood that hit the French capital in 1910.