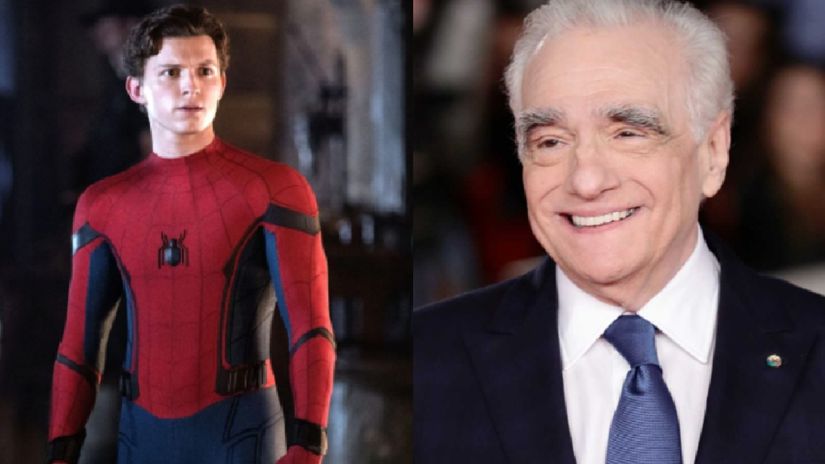 In 2019, Martin Scorsese generated a string of comments after he criticized Marvel movies. However, taking advantage of the premiere of “Spider-Man: No Way Home”, Tom Holland He came out to defend his work.

“You can ask Scorsese ‘Would you like to do a Marvel movie?’ But he does not know how it is because he has never made one “, said the artist in conversation for The Hollywood Reporter.

What’s more, Tom Holland He added that his film work has been worthy of an Oscar Award and his starring role in “Spider-Man: No Way Home” is no exception.

“I’ve done Marvel movies and also movies that have been in the conversation in the world of Oscars, and the only difference, really, is that one is much more expensive than the other. But the way that I analyze the character, the way the director marks the story arc and the characters are all the same, just done on a different scale. So I think they are true works of art, “he said in response to Martin Scorsese.

What did Martin Scorsese say about Marvel movies?

In October 2019, the renowned director Martin Scorsese surprised with his statements about the films of the Marvel Cinematic Universe (MCU for its acronym in English), which he does not consider as part of the film industry.

Scorsese acknowledged that he “tried” to see the 22 films that currently make up the MCU, “but could not” because he considers that they do not convey “emotional and psychological experiences” to the viewer.

“I do not see them. I tried, you know But that is not cinema. Honestly, the closest I can think of to them, as well done as they are, with the actors doing their best under the circumstances, is theme parks. It is not the cinema of human beings trying to transmit emotional and psychological experiences to another human being, “the director told” Empire. “