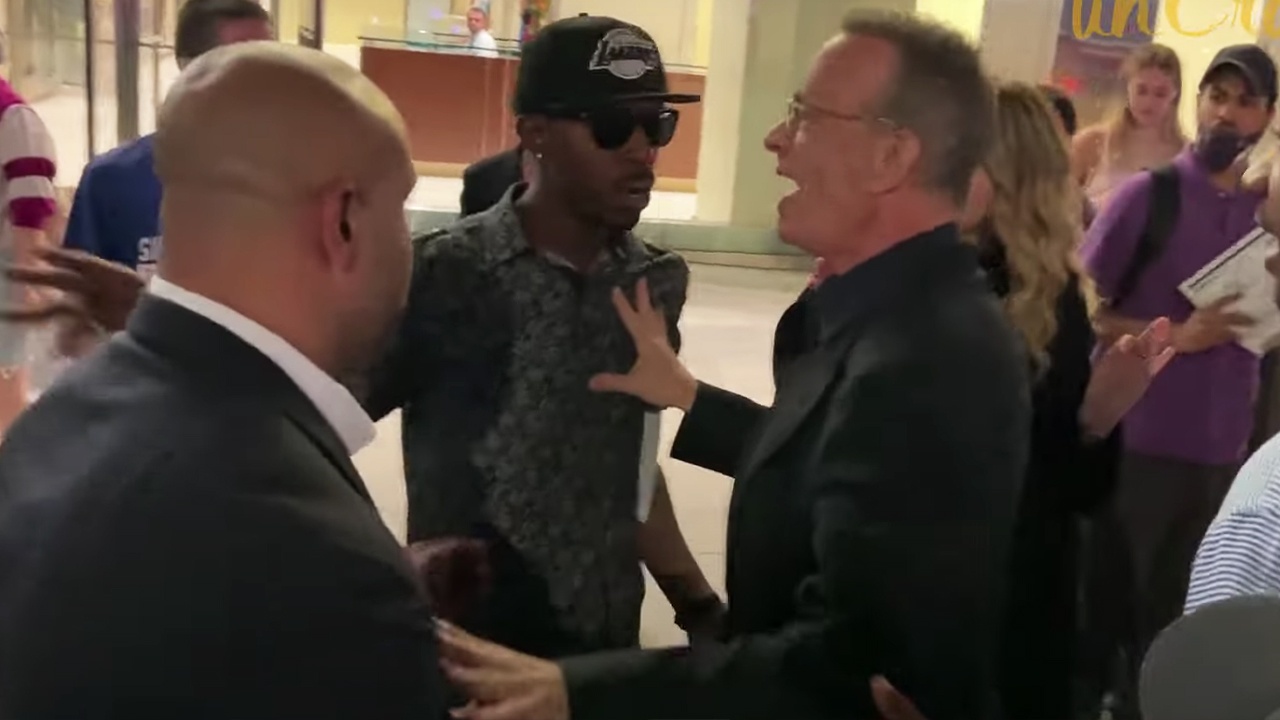 Tom Hanks experienced a tense moment in New York after a group of fans rushed over to take some selfies. This moment escalated when his wife, Rita Wilson, ended up in the middle of the melee.

Tom Hanks and his wife, Rita Wilson, had an awkward moment while leaving a restaurant in New York City when a group of fans approached the scene to try to take a selfie or video for posterity. Nevertheless, the tumult got out of control and the protagonist of Elvis he was furious at the people who assaulted his partner.

A clip posted on YouTube by the account unCrazed He recorded the moment in which Tom Hanks began to dodge various onlookers who, seeing him walk down the street, did not hesitate to take out their cell phones and take some pictures of him. And while it seemed like a routine moment for the two-time Oscar winner, This situation was complicated when some subjects pushed his wife and almost tripped her in the middle of the hustle and bustle.

Immediately the veteran actor spread his arms and shouted effusively: “It’s my wife! Back the fuck up! You tripped my wife”. At that time, the actor did not take his eyes off some individuals who were in front of him, although they are not seen in the video.

This caused the rest of the fans to begin to criticize the action to all those who tripped Rita Wilson. At the end of the video, once Hanks and his wife got into a waiting van, some people apologized to the actor for the situation: “Sorry, Tom.”can be heard in the background.