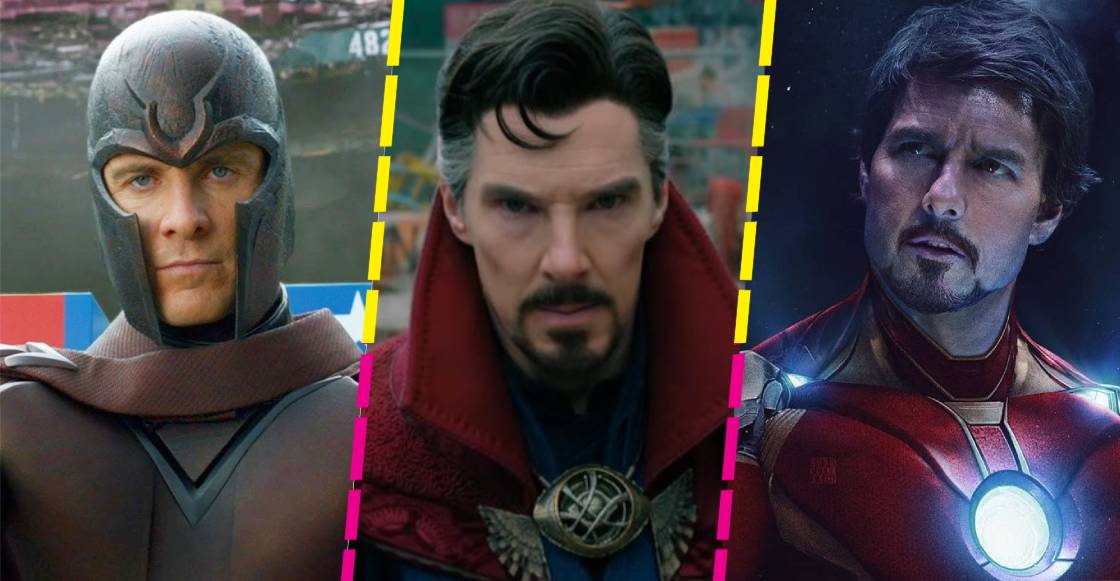 Phase 4 of Marvel Cinematic Universe It is underway and as usual, it has us on the edge of the seat with the whole matter of the films that have already been released up to that moment, as well as those that are yet to come. The multiverse, new characters, the return of some old acquaintances and other details are what keep us with high expectations … and well, what to say about the various rumors that circulate out there.

At this point, surely you have already heard or read some rumor out there regarding what we could soon in the MCU or even Sony’s Marvel universe (what if they already saw Spider-Man: No Way Home, they will already know that they are linked).

Over here, we will review some of the craziest rumors that have circulated in recent weeks about the upcoming movies of the marvelita universe.

Before getting into each rumor, we must talk about the importance of Phase 4. If the first three phases of the MCU focused on the antagonism of Thanos, the Infinity Stones, the Avengers and their allies, now the new approach of the Marvel Studios sagas is evidently centered on the Multiverse and its inexhaustible possibilities.

WandaVision It first brought us closer to the destructive potential of Wanda Maximoff / The Scarlet Witch and her ability to create alternate realities. Later, Loki in his series he gave us the first taste of the branching of the variants and the different existing universes. And recently, Spider-Man: No Way HomeAs epic as it was, he confirmed that Marvel Studios could explore other franchises even if they did not belong to its catalog (or well, to Disney’s). 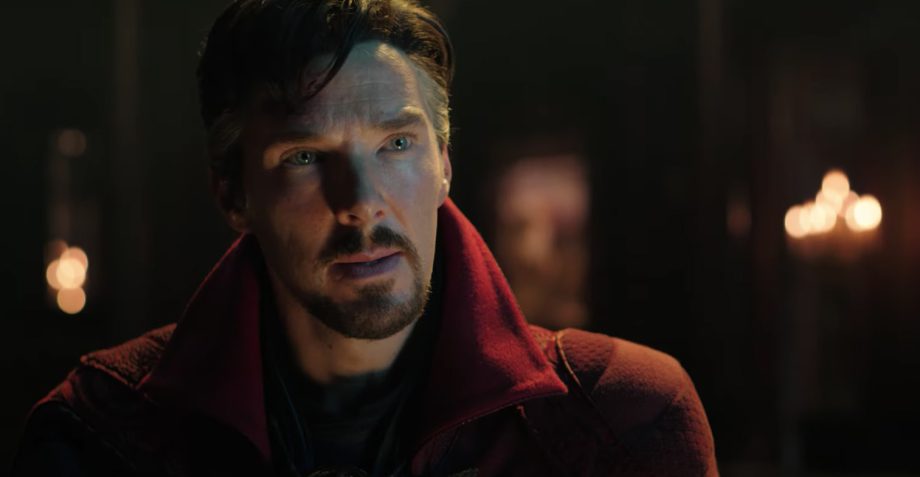 Doctor Strange in the Multiverse of Madness / Foto: Marvel Studios

With that background, it’s easy to get excited. However, the moment of truth will come with the premiere of Doctor Strange in the Multiverse of Madness. As we could already see in his trailer (HERE take a look), the Sorcerer Supreme will possibly deal with the consequences of the spell he cast on No Way Home, opening his way to other realities where we will see him meet nothing more and nothing less than Strange Supreme (which already had its appearance in What If…?).

But beyond that and based on recent appearances by Andrew Garfield and Tobey Maguire in the last movie of Spider-Man by Tom Holland (more than two weeks have passed since its premiere; it is no longer a spoiler), many rumors indicate that we could see superheroes who in the past were played by other actors and actresses even before the Marvel Cinematic Universe began in 2008 with Iron-Man. It will be?

An Iron-Man played by Tom Cruise?

Let’s clarify something: this is not a new rumor as such, but it has gained strength again after the events of No Way Home. In fact, as the most dedicated fans will remember, it is said that at the time Tom Cruise was considered to play the franchise of Iron-Man before the role fell to Robert Downey Jr nearly 14 years ago.

So far, everything normal. However, around September 2020 the rumor surfaced again that Marvel Studios wanted Cruise to make a cameo as an alternate version of the superhero in the next movie. Doctor Strange. Indeed, the thing did not happen to major, but now in the beginning of 2022 this idea returned to take force – evidently like rumor – because many discard to us that Tom could appear as a variant of Stark from another universe.

Of course, this doesn’t seem like a very feasible thing to do, but in the MCU and the Multiverse, anything can happen. And that it would be epic, there is no doubt about that. Wow, even curious fan-art looks pretty cool if we’re honest. Would you like to see Cruise in the most famous armor in the cinema? 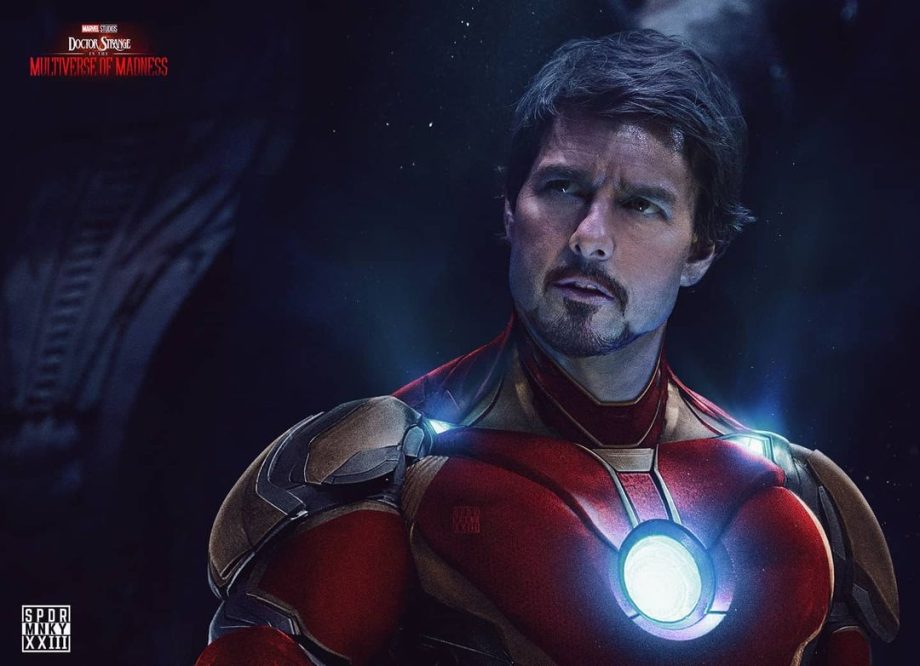 Return of Bruce Banner Past

Today, the Hulk / Bruce Banner figure inevitably takes us back to Mark Ruffalo. The actor gave the character unmatched charisma and a lot of spark within the MCU, with the ability to be as humorous as he is mildly tragic. The net, a genius and now, it seems that the baton will pass it to a new heroine when the series of She-Hulk.

However, again with Doctor Strange in the Multiverse of Madness As an excuse, rumors suggest that we could see in this film a cameo by other actors who have made the emerald giant in the past. Over there, it is said that we would see Edward Norton reprise role as BannerAlthough it has not been specified how it would fit in, basically, his Hulk and Ruffalo’s are the same. Therefore, it is somewhat unreasonable to see him again in the MCU…. although who knows.

But the entire rumor points to another cameo return: that of Eric Bana, who took the role of powerful hero in 2003 in a film that was quite questioned at the time because of the special effects, the plot and all that you already know. In this case, it is mentioned that we would only see Bana playing Bruce without being transformed into our green protagonist. It would be nice to make it canon in the Marvel Cinematic Universe, right?

Of course, already in mid-2021, Eric Bana had ruled out in an interview with Screen Rant that he was not interested in returning to the skin of the Hulk in a hypothetical appearance in the MCU’s Mutiverse. But as they say out there, “It is wise to change your mind”.

Ghost Rider would also return to the screen

The list of alleged leaks of the next movie of Doctor Strange it is long and epic without a doubt, and for that reason it is also difficult to believe that all this can happen. But it must be said as it goes: there are reasons to be delusional that something of this could happen. In that sense, one of the most striking parts is the idea that we would see Nicolas Cage again as Ghost Rider in a brief appearance.

It was practically more than 10 years ago that the last film of that saga came out and although it was enough for two installments, it is also remembered as a very criticized story among Marvel fans. But in his case, it would be more possible to see Cage’s cameo in The Multiverse of Madness.

Why? Well, as you may recall, the franchise of Ghost Rider belongs to Sony Pictures, which maintains a good relationship with Marvel Studios as a result of Spider-Man and we met the Spider-Verse on No Way Home. So it wouldn’t be uncommon for them to lend another of their ‘marvelian’ characters to the MCU. Would you like to see the Phantom Avenger return? 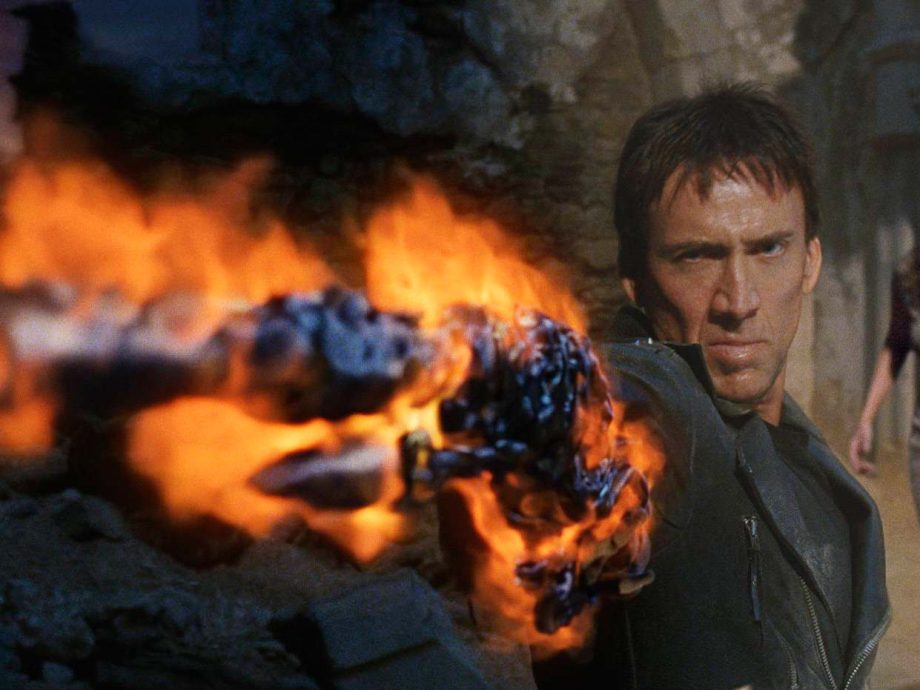 The X-Men, Wolverine and Deadpool would finally enter the MCU

This is one of those hypothetical moments that has been craving since Disney bought 20th Century Fox, but it just hasn’t happened. If there is one encounter that the Marvel Studios universe has all the potential to carry out, it is the encounter between the X-Men and the Avengers.

And Doctor Strange in the Multiverse of Madness He achieves it, it would be another point in favor to trust again in the team of Kevin Feige and Victoria Alonso at the head of the study. And well, with the entrance to the Multiverse, that rumor is savored with force again. The leak has not specified well which mutants we would see in the next Benedict Cumberbatch movie, but to begin with We are excited to think of Magneto and Professor X, who in the comics is one of the closest minds to the Supreme Sorcerer.

Out there, it is said that Wolverine would appear in the film with Hugh Jackman returning to the character for a little while, although the actor has already made it clear that he would not do it again. Would a few good tickets change your mind? There is also talk of Deadpool, which would certainly be less far-fetched because in his second film at the end, we already saw him walk through other movies and even different universes (like when he goes and shoots Ryan Reynolds ironically). 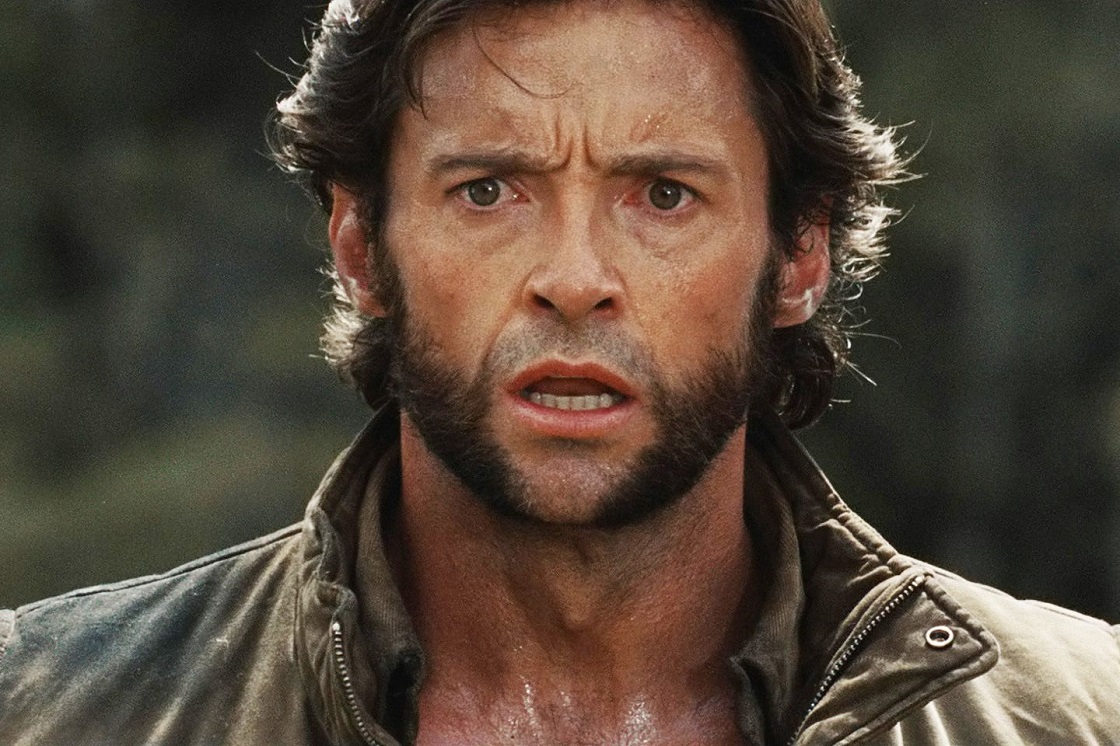 A closer look at The Fantastic Four

In the 2000s, another saga of superheroes that reached him to cast two films although his reception was poor, is that of The Fantastic Four of Fox (today Star). The rumors surrounding the new Dr. Strange film also suggest that the multiverse will bring us closer to the appearance of Reed Richards and company in the MCU.

But it remains unclear if the rumor refers to the cast of Ioan Gruffudd and Jessica Alba’s two-thousand franchise, the highly-criticized 2015 film, or the new incarnation of the group that Marvel Studios has in mind. Anyway, it would be very interesting to see Chris Evans again as the Human Torch in the universe where he already made Captain America. How curious. 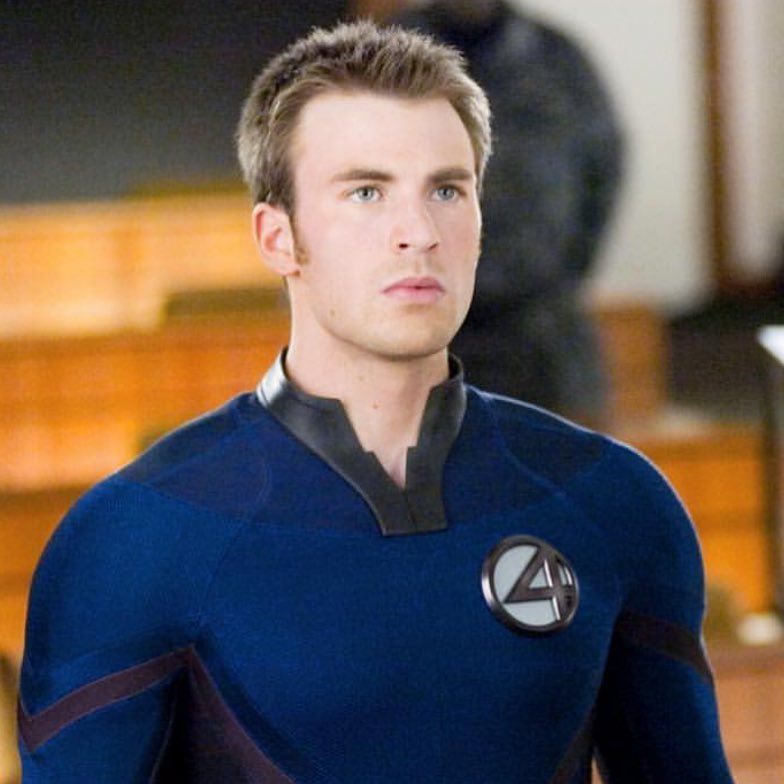 See to Tobey Maguire and Andrew Garfield again each one as their respective Peter Parker, it was one of the best experiences that the MCU left us in 2021 with Spider-Man: No Way Home. And it is as a result of this, is that there is faith in the rumors of the next Dr. Strange tape. In this way, another rumor is that the actors will return to the MCU to The Multiverse of Madness in this 2022, although now with a simple cameo.

However, beyond that and after its recent appearance, the networks have gone crazy with campaigns in which fans ask that Sony (the studio that maintains the film rights to Spidey) complete Andrew’s trilogy and make a quarter of Tobey’s.

It is not known if it will happen (which is not very likely), but some rumors suggest that, in the case of the Spider-Man Garfield, this could soon appear in the movie of the Morbius by Jared Leto, which would have caused the Marvel vampire movie to be delayed a few months from January to April of this 2022 to include some scenes. Of course, nothing concrete really.

Moreover, this also fuels the rumor that el Venom of Tom Hardy actually shares the universe with Andrew’s Spidey, since we remember that in his official trailer, Morbius-Leto refers to the symbiote (HERE the trailer). Amid so much mystery and possibilities, one no longer knows what to believe.

# MakeTAS3: Would Andrew Garfield return for a third Spider-Man movie?