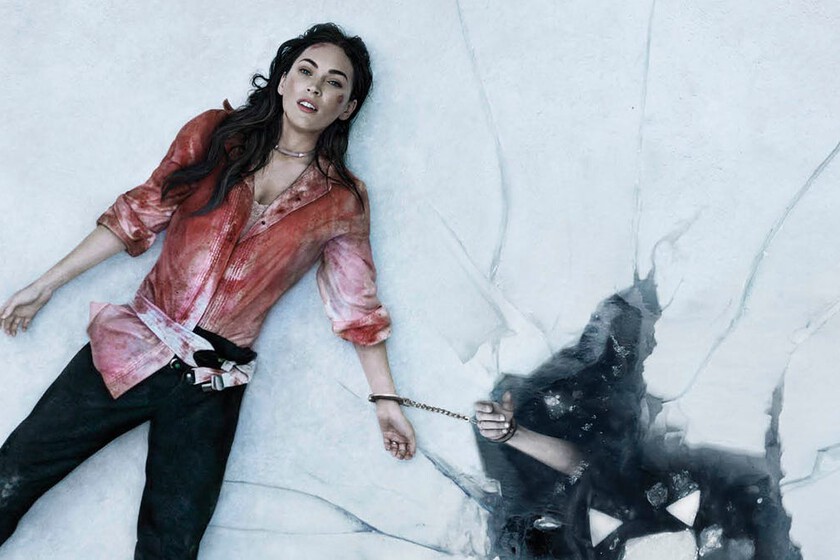 Megan Fox seemed destined to become a major Hollywood star, but her career went awry after some controversial statements against Michael Bay that led to her not being counted on for ‘Transformers: Dark of the Moon’. Her role as April O’Neil in ‘Ninja Turtles’ and its superior sequel He returned it to the front line, but the thing has not finished taking off again after taking a break coinciding with the end of his passage through the series ‘New Girl’.

His name is ringing again with some force in 2021, the year in which he had a small role in ‘Maw of the night’ and in which he has been part of the cast of ‘The Mercenaries 4’. It will still take some time to have the old action heroes back, but where we can see her from this Friday, November 12 is in ‘Till Death. Until death do us part’, an intense and cruel thriller with touches of terror in which Fox is very convincing doing everything possible to get out of a most complicated situation alive.

From less to more

The start of ‘Till Death. Until death do us part ‘does not invite optimismAs it has a dramatic approach taken in an unthinking way when it comes to addressing the story of a couple in crisis who travel to an isolated cabin to try to recover the magic of the past. Or at least that’s the idea, because everything gets extremely complicated the next morning, which is when the film takes off and keeps going until it reaches the ceiling in its last moments.

In other words, there is a toll to be paid that some may not be willing to accept. At the end of the day, it is more than 20 minutes in a film that does not reach 90. It is not unbearable either, but it is monotonous, since the script of Jason Carvey seems to delight more than necessary for what really brings a start very much in line with what we saw not so long ago in ‘Gerald’s game’ and in less time.

Things change when the movie turns to become a curious variant of the subgenre home invasion which leads Fox to be involved in a twisted and bloody game of cat and mouse who knows how to gradually raise the sense of danger without resorting to stupid script twists. There may be some reaction that is difficult to assume from the calm of our armchair or sofa, but sometimes we forget that there are situations in which there is no time to meditate on your actions and we have to let ourselves be carried away by decisions motivated by viscerality.

The strengths of ‘Till Death. Until death do us part’


That’s something the newcomer director SK Dale he knows how to reflect with an energy beyond any doubt, showing a skill for handling the camera that suggests that he will give us many joys in the near future. And it is that in ‘Till Death. Until death do us part ‘he knows how to handle himself very well between tension and suspense to catch us and not let go during all the hardships his protagonist has to face.

In this way, what is still a story within the parameters one might expect – the biggest surprise is still that turn that causes a radical change in tone between the first act and the next two – maintains the necessary hook. so that the viewer is immersed in what is happening on the screen. Being there where the input of an inspired Fox is essential.

I confess that Fox had never struck me as a particularly stimulating actress – although some good acting, like that of ‘If it were easy’, you already have-, but here it is very convincing, both physically, where a priori part with a certain disadvantage, as emotionally, where he plays with a role that has his own of scream queen but showing a determination much higher than usual in this type of character. That means that he knows how to suffer very well, but also go on the attack whenever necessary. Of course, it shines more when what is required of it is more a physical delivery than when the dialogues come to the fore.


‘Till Death. Until death do us part ‘is not a movie that is going to change your life and also starts something lazy, but lThen it goes back and becomes an exhilarating movie in which both what Megan Fox brings in front of the cameras and the newcomer SK Dale behind them are essential.

‘Till Death. Till death do us part ‘: an intense and cruel horror thriller in the service of a convincing Megan Fox