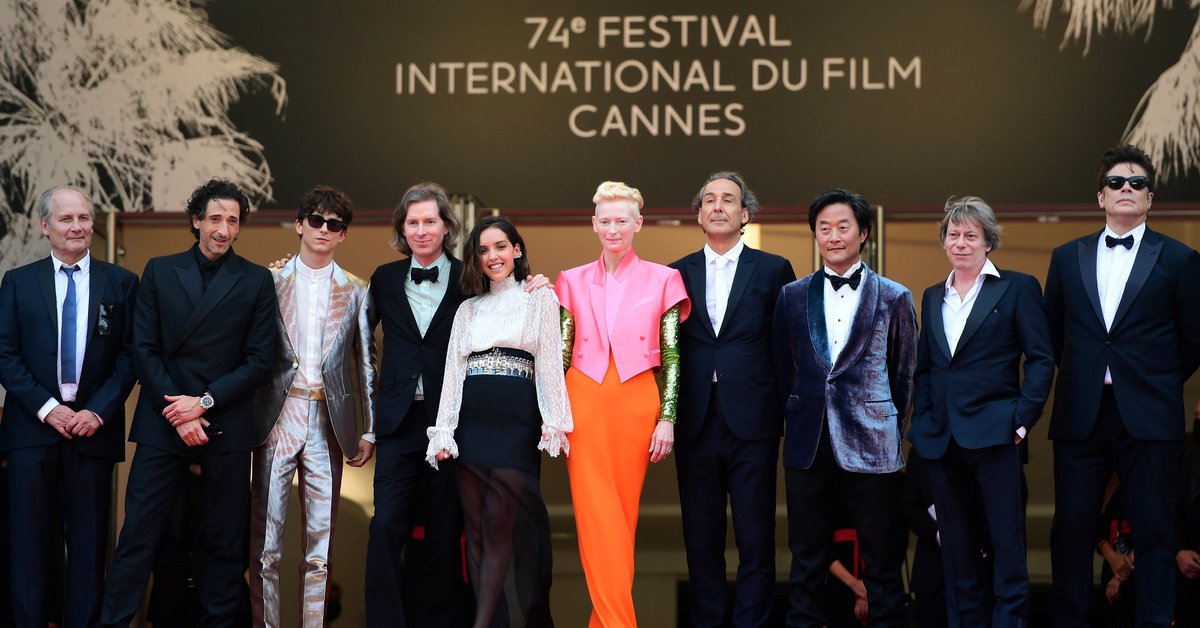 Tilda Swinton, with an original and colorful ensemble, and Timothée Chalamet, in a silver tuxedo with gold accents, they headed today the most Hollywood red carpet parade of this 74th edition of Cannes.

Swinton and Chalamet are part of the choral cast of “The French Dispatch” (“The French Chronicle”), the film by Wes Anderson that competes in the official section of the festival.

The actress wore an outfit by Colombian-born French designer Haider Ackermann, an orange tube, green sequin bodice and bubblegum pink sleeveless jacket, while Chalamet, one of the most daring actors on the red carpets, he wore a velvet tuxedo that he complemented with white ankle boots.

Along with them, Wes Anderson, Benicio del Toro, Adrien Brody, Owen Wilson, Bill Murray and Lyna Khoudri also participated in the parade down the red carpet along with composer Alexander Desplat, who deals with the music in the film.

The film crew arrived in a bus at the entrance to the red carpet, and they all posed for the photographers before entering the Gran Teatro Lumiére where the film’s gala screening will be held.

It will be, together with a photocall tomorrow, the only official appearance of the team at the festival, since they will not appear before the press, as teams from films in competition always do.

Before posing before the photographers, Tilda Swinton and Benicio del Toro wanted to emphasize that the Cannes celebration is an example that cinema “He is not dead”.

A colorful red carpet that has also been attended by Dylan Penn, Oliver Stone, Spike Lee and other members of the official jury, the Spanish filmmaker Clara Roquet, who has presented “Libertad” at Critics’ Week, the Spanish model and presenter Nieves Álvarez or the Costa Rican Nathalie Álvarez, director of the film “Clara Sola”, present at the Directors’ Fortnight.