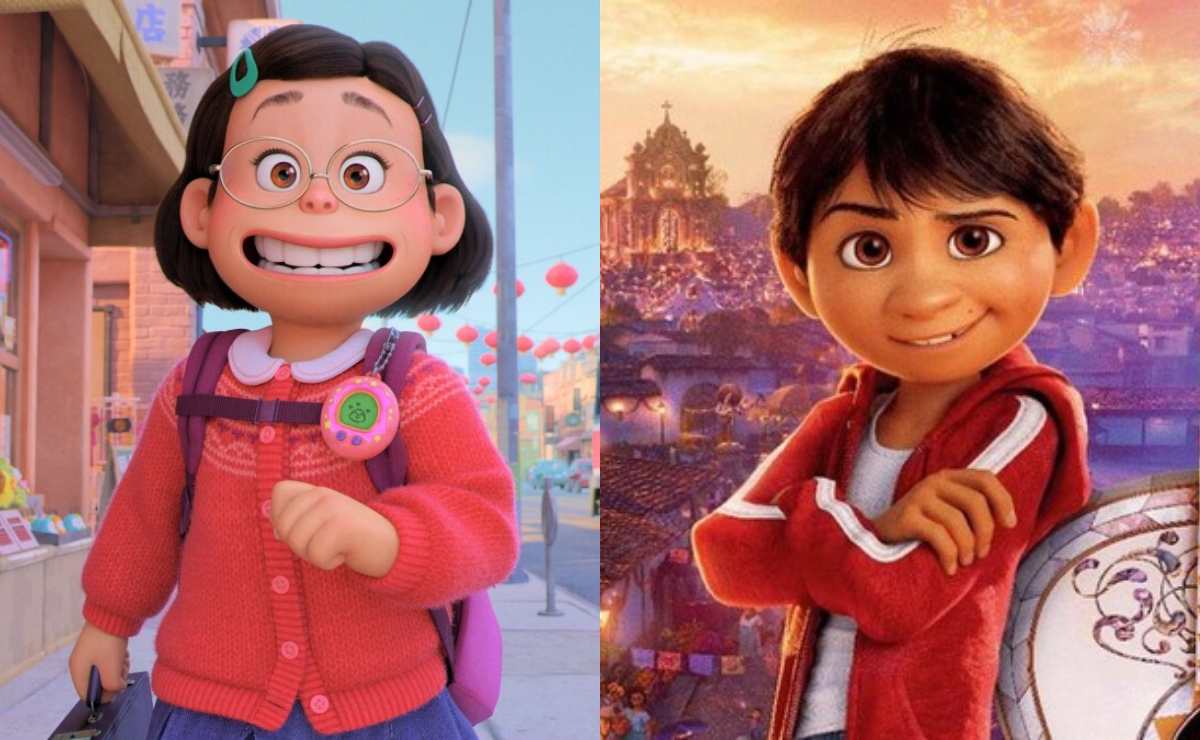 The new movie of Pixar “Red”has become one of the public’s favorites and many are talking about this peculiar story in social media.

But one of the issues that most caught the attention of the netizens is the possible connection between the new movie Pixar and “Coco”.

A user in TikTok found a subtle coincidence between the two films, so Internet users have once again brought to the table the possibility that “the pixar theory” it is real.

Also read: Andra Escamilla, the companion, announces that she will have OnlyFans

The theory points out that all the films of pixar they are connected, however, they are in different timelines, in addition to the actions of a character can affect other films in this universe.

This theory was born after viewers realized that names and objects that refer to other films from the same company appeared within Pixar stories.

Are “Red” and “Coco” connected?

The user @peterkalife uploaded a video to his account TikTok where he points out that the Multiverse of pixar it can be real.

The tiktoker showed in his clip a scene from “Net” in which a young man appears in slow motion tilting his hair to one side and wearing a blue shirt that has in the center the name “Scapula”, perhaps at first glance you will not see anything strange.

However, later in the video, the young man shows another scene, this time from the movie “Coconut”, which shows a rock band made up of skeletons, playing in a talent show.

What is striking is that the battery of the band has the name of “Scapula”, the same one on the boy’s shirt.

This could imply that the rock band is also known within the “Red” universe, thus fueling the idea that “The Pixar Theory” is real.
The video has already gone viral on TikTokand so far it has more than 47 thousand “Like”244 comments, more than a thousand 40 shares and one million views.

@peterkalife If there is a multiverse in Pixar…#for you #fyp #pixar #turningred #oscars #disney ♬ original sound – sarah!!!!!

With the virality of the video, other users began to point out that ‘Red’ not only coincided with the story of “Coconut”, but also with “Toy Story”, in addition to making a subtle reference to the new film by pixar “Lightyear”.

In one of the scenes of “Net”, some pizza boxes appear during a birthday celebration, but these boxes have the name “Pizza Planet”, in addition, that on a street in Toronto on the way to SkyDomethe traditional truck of the same pizzeria is shown.

There is also a scene where you can see that one of the friends of Meihas a stamp on his skateboard of the kitty that is seen in the trailer for the movie “Lightyear”.

This video has more than 10 thousand “Like” and 72 thousand reproductions.

Also read: WhatsApp: how to change the font size?

Receive Hello Weekend every Friday, our newsletter with the latest in gastronomy, travel, technology, cars, fashion and beauty. Sign up here: https://www.eluniversal.com.mx/newsletters

TikTok: they find a connection between “Red and Coco” and it goes viral