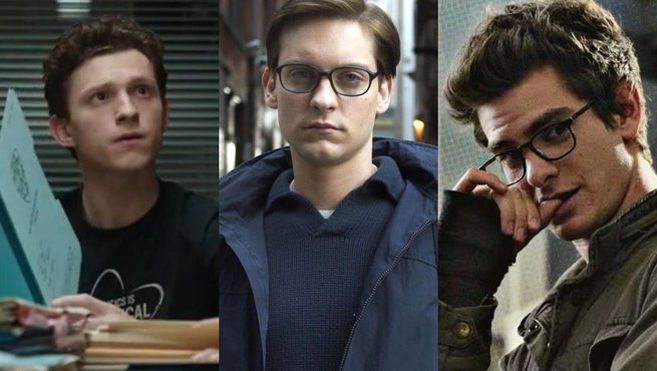 And finally the second trailer of ‘Spider-Man: No Way Home’. Although most of the fans are delighted with the appearance of the five powerful villains that will put on the ropes to Peter Parker from Tom Holland, many others have missed the presence of Andrew Garfield and Tobey Maguire. And among the latter there are some who do not lose hope and assure that Sony and Marvel have manipulated some sequences of the advance to erase the two previous versions of Peter Parker and thus keep the surprise until December 17.

Although, to this day, the presence of both actors is a mere rumor (denied on several occasions by both), the truth is that there are enough indications, some very evident, for the fandom to suspect that There have been tweaks to avoid revealing the Maguire and Garfield breakthrough in the preview.

“YOU ARE NOT PETER PARKER”

The first proof in favor of this ‘hoax theory’, her militants find her in the first section of the trailer when the Doctor Octopus, the character played by Alfred Molina which already appeared at the end of the first preview, catches Spidey with its mechanical tentacles and is perplexed by not recognizing him. “You are not Peter Parker,” he blurts out with surprise and outrage.

A phrase that, regardless of whether Maguire and Garfield appear or not, already indicates that the villain does not recognize this Peter Parker because for him his face is that of Maguire, that of the version directed by Sam Raimi. That is, the multiverse or spiderverse is a reality.

But without a doubt, the great test that those who claim that Sony and Marvel have erased the other two protagonists is the moment in which the Spiderman faces three of the villains at once.

Viewing the progress in slow motion, it can be seen as Spider-Man faces off against the Sandman (Thomas Haden Church), the Lizard (Rhys Ifans) and Electro (Jamie Foxx). But while the only spidey on screen lunges at the first one, the other two villains, both Electro and Lizard, appear to be facing off against invisible enemies.

It is also striking that Lagarto is hit by an invisible entity, which would indicate that someone has been eliminated from the advance. This last detail has been seen in the trailer of the Brazilian version, which has not edited these few seconds. A rather revealing oversight.

As fans well know, it wouldn’t be the first time Marvel has shown modified material to avoid leaks and keep surprises up your sleeve, One of the examples is the appearance of Thor in the advances of ‘Avengers: Endgame’, where the God of Thunder wore the same and careful appearance of ‘Infinity War’, when in the film he appeared with a more disheveled and neglected appearance.

The third of these “tests” are found in the final stretch of the preview, in the scene in which MJ (Zendaya) falls into the void and Peter Parker comes to his rescue. The sequence is very reminiscent of the death of Gwen Stacy (Emma Stone) in ‘The Amazing Spider-Man 2 ′, which was in turn a tribute to her death in the comics.

It is the abrupt way of going from a wide-angle sequence to a close-up, which would be an indication that the one who rescued the young woman was not the one Tom Holland’s Spidey, but Andrew Garfield’s. If confirmed, it would be the way in which that version of Peter Parker could redeem himself by failing to save his beloved in his own saga.

On the other hand, the scene of the fight is very reminiscent of the leaked images in which the three allegedly appeared. Spider-Man, as well as the one that supposedly showed Garfield on set and surrounded by a chroma. We will have to wait until December 17 to see if, finally, that long-awaited meeting of arachnid superheroes occurs or if there is only an epic and brutal convention of villains.