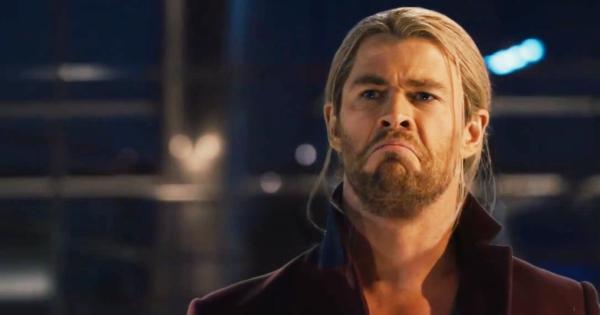 After the great success of Spider-Man: No Way Home – 92%MCU fans have high hopes for the upcoming premiere of Doctor Strange in the Multiverse of Madness. This sequel has the most exciting elements to change this cinematic universe forever and Phase 4 doesn’t stop looking really promising. However, the company seems to focus on this installment and on its exclusive titles for Disney Plus, which has made many forget that it will be released this year. Thor: Love and Thunder. The fourth film of this hero arrives in theaters in July, but we still do not have a small advance, which has already caused a record not good for the brand.

Thor, played by Chris Hemsworthis the first of the original Avengers to have a fourth installment, the result of the great success of Thor: Ragnarok-

92%. Interestingly, Thor excelled more in team-up movies, but his individual installments always divided fans and critics alike. It was Taika Waititi who knew how to turn the character around and that is why a new project also directed by him was approved. We have long had some interesting details about the story, such as the return of Natalie Portman like Jane, the arrival of Christian bale as Gorr the Butcher God, and the important appearance of the cast of Guardians of the Galaxy Vol. 2 –

82%which will serve to establish his third film to be released in 2023.

The official information indicates that they will adapt part of the comic where Jane is diagnosed with cancer, takes the position of Thor and is worthy of using the Mjölnir. It doesn’t look like the movie is going to take up the sickness part, but the God of Thunder’s famous hammer that was destroyed by Hela in the last movie will make an appearance again. This will give Portman the opportunity to work on more interesting things with this role that made her walk away from Marvel a few years ago.

The news about the film has been few because it has not been publicized. It was revealed that Bale had returned to the film set to do some reshoots and there is much talk of the possible cameos of other heroes. Similarly, toys and other merchandise have revealed small details about this sequel, but we have no context other than to make theories.

You may also like: Thor: Love and Thunder | Natalie Portman could have her own movie as Jane Foster / Thor

One month after the premiere of Doctor Strange in the Multiverse of Madnessthe cast of Thor: Love and Thunder was presented to start the promotion season of the film, but we still do not have a confirmed date for the first advance or, at least, for a teaser. The image of Hemsworth, Waititi and Thompson was interpreted as a supposed sign that the trailer will be released on the 11th of this month, but it may be one of those things where the overinterpretation of the fans went too far. You have to wonder what Marvel is thinking with this technique, as the delay has already set a worrying record.

According to TheDirect (via comicbook.com), Thor: Love and Thunder It is the Marvel movie with the shortest time between its trailer and its premiere. The last movie that went through this was Hulk: The Incredible Man – 67%, where 93 days passed between the arrival of the first trailer and the official premiere of the tape in commercial theaters. Today, the fourth installment of Thor reached 92 and each new day that passes reduces the gap more, leaving the company with a very uncomfortable title. But this does not seem like a mistake in its organization, nor a show of little faith in the final product, rather it seems that it is a new and risky trend of Marvel.

We must not forget the anxiety generated by the first preview of Spider-Man: No Way Home, created by expectations of the fans who wanted to see the Spider-Men. In the end, no trailer or spot showed them, but the technique worked to successfully bring them to theaters. In addition, the film showed the first trailer for Doctor Strange in the Multiverse of Madness like post-credits scene and something similar could happen this time. With so many new projects, Marvel must divide its promotional time exactly so that fans are aware of each release without fail.

don’t leave without reading: Taika Waititi confesses that he lied to be hired by Marvel

Thor: Love and Thunder broke a very negative record for Marvel by not releasing its trailer | tomatoes