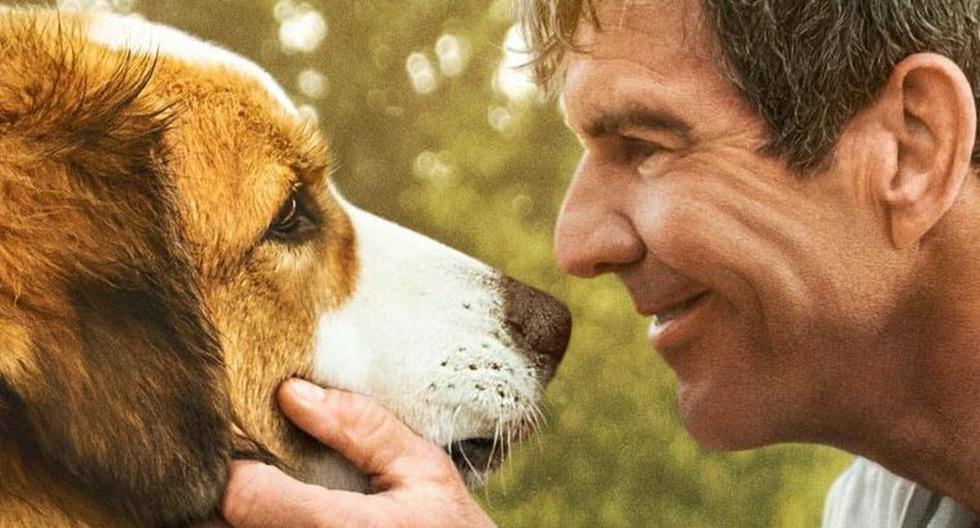 Among other premieres, Wednesday October 20 is announced as an interesting day for streaming. Next, the news of Netflix, Star Plus and Disney Plus.

“A driver picks up two women who are going to spend a night out. But, discovering the true nature of his passengers, his only destiny will be to fight for his life”. With Alfie Allen (“Game of Thrones”) among its figures, “Jaws of night”Is an age-appropriate vampire movie, with its share of teen blood and comedy.

2. The reason to be with you: A new trip

“A dog’s extraordinary bond with a family is strengthened when he befriends a girl and is reincarnated to protect and support her as she grows up.”. Bailey – if you prefer, Boss – has a new person to take care of in this emotional sequel to “The reason to be with you”.

Did you know that the actress who played CJ as a teenager recently suffered a terrible accident? Happily, Kathryn Prescott is found in frank recovery.

“Paris is in quarantine due to the pandemic and the unique residents of an apartment building must adapt to their new lives … and to coexist with others”. Not only documentaries and dramas have been developed around COVID-19. Also comedies. Originally titled “Huit Rue de l’Humanite”, “Street of humanity, 8″ Is a French comedy that collects the worst and the best of the quarantine, in a building full of crazy people.

“After a DNA test reveals their family ties, three cousins ​​adopted by American families travel to China to search for their biological parents”. From China to the United States and from the United States to China. Three cousins ​​in search of their origins mark this documentary film from Amanda Lipitz, the same director of the award-winning “Step” (2017).

WEDNESDAY AT STAR PLUS

If you’ve seen each of the seasons of “American Horror Story“, you can not lose yourself “American Horror Stories”, The new horror proposal by Ryan Murphy and Brad Falchuk that addresses a different story per chapter. Did you know that the first two episodes of this spin-off take place in the famous’Murder House‘from the main series?

WEDNESDAY AT DISNEY PLUS

There could be no second without third. The last season of “Runaways” comes to Disney Plus to close the cycle of young Marvel heroes who must face their own parents, declared their archenemies and members of an obscure organization known as Pride. The series was produced by Marvel Studios itself, in addition to being located in the Marvel Cinematic Universe (MCU, for its acronym in English).