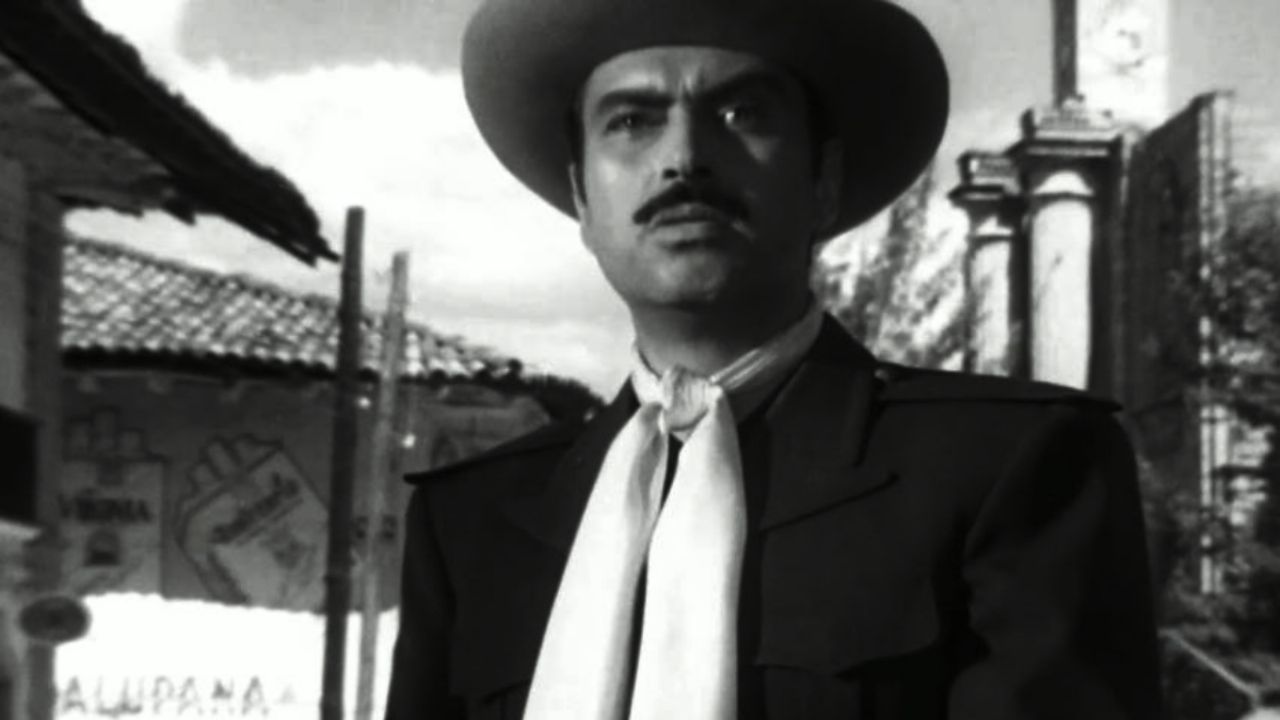 Within the time of the Golden Cinema there were several figures that were consolidated as icons in one of the most prolific moments of the guild film In our country.

That is why the era of the Golden Cinema, which for many authors begins in 1936 and culminated in 1956, it was recognized internationally along with the great stars that starred in movies in these years.

From María Félix to Pedro Infante, the actors of the Cine de Oro were applauded at the international, and within this panorama, an actor positioned himself in the rows of the icons of the era.

It is about Pedro Armendariz, because his talent even led him to be part of recognized productions of international stature together with renowned actors and actresses of this time artistic In our country.

The trajectory and successes of Pedro Armendariz

His full name was Pedro Gregorio Armendáriz Hastings, and his first film was made at the age of 22 and in his career on screen he worked with figures What Maria Felix and Dolores del Río.

One of his most important roles recurring was to give life to the revolutionary hero Doroteo Arango, better known as Francisco Villa, character in Mexican history with whom gained great fame.

However, it was the film “María Candelaria”, next to Dolores del Río, which would give Almendariz high international projection, not only Hollywood, but also He participated in feature films from France, Spain, Italy and England, and his level of preparation was such that he learned to speak different languages ​​beyond Spanish, such as French and English.

Within Hollywood, the prominent Mexican actor with prominent eyebrows and a penetrating gaze, he worked on such films as “Fort Apache”, “We Were Strangers” and his last film appearance in 1963 in “James Bond, From Russia with Love”.

His sad childhood and its tragic end

Pedro Gregorio Armendariz was the son of Mexican Pedro Armendáriz García Conde and the U.S Adela Hasting, her mother being the mayor adoration of the future actor.

However, this was short-lived, since in its childhood had to endure the death of his mother, so he and his younger brother Francisco they lived with his uncle Henry Hastings, in Laredo, Texas, after his mother passed away, so young Pedro did not live a childhood as he would have Dear, because from an early age he had to take many responsibilities being the older brother.

His tragic end came after one of the greatest successes in his career, this when he recorded the American film “The Conqueror” in 1956, which would be the tragic production that I end the life of the actor because it was filmed in Utah, very close to the place where the government the United States had conducted tests nuclear.

Due to the radioactivity of the area, it is known that 91 of the 220 people who worked on said film got sick Of cancer, Pedro Armendariz was one of them.

The famous man was diagnosed with stomach cancer, and his illness was terminal, so on June 18, 1963, he committed suicide at the age of 51, shot himself with a pistol that he smuggled into the hospital where they treated him, died before the movie of James Bond where he appeared.