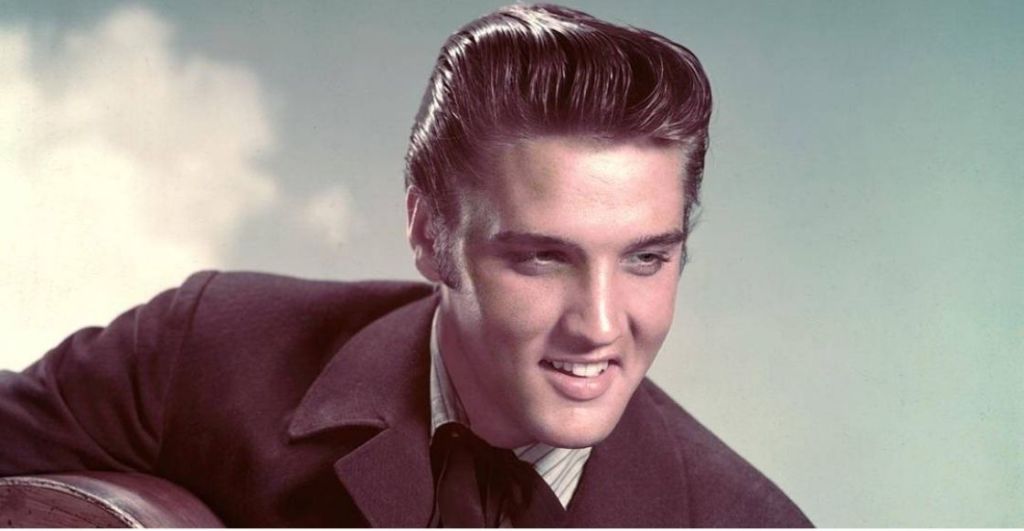 What an irony, right? To think that one of the most iconic meetings -perhaps the most epic- in the history of music and pop culture, did not leave a photographic or video record for posterity. Yes, Elvis Presley and The Beatles they met on one occasion, but there are only various testimonies of that that vary in details.

It happened on August 27, 1965 in the mansion of the so-called “King of Rock & Roll”, on the outskirts of Los Angeles. The number 1 solo artist in the world was with the biggest band of the moment.

But each one lived different realities: the American was going through a decline in his career because he dedicated a large part of his efforts to appearing in not exactly memorable films. The British, for their part, were thoroughly enjoying the call beatlemaniapromoted in that year by the disc Help!, Rubber Soul and the arrival of the band in the United States in ’64.

Still, it was clear that Elvis was the greatest idol of The Beatles; perhaps his greatest musical influence. So it was particularly strange to see the generational shift brewing from the 1950s to the 1960s, with the so-called Fab Four poised to take Presley’s place as music’s biggest stars.

But Elvis, be that as it may, he was still the king regardless of whether it was at a relatively low point or not. And that was known by John Lennon and company. So there was, within everything, some kind of rivalry (so to speak) that the media fed of course. But that did not prevent the stars from sharing a moment as uncomfortable as it was curious; as epic as strange.

As we said, from the meeting between Elvis Presley and The Beatles there are only the anecdotes of ‘word of mouth’ and the testimony of some who were there such as the press officers of the musicians, their representatives, Priscilla Presley and the NME journalist Chris Hutchensamong others.

Although the versions vary, it is interesting to take a look at these details. How did the meeting between the greatest singer and band of the 20th century take place? Here we remember

And taking advantage of the premiere of the film Elvis by Baz Luhrmann, Here below we also leave our interview with the cast.

The Beatles had already tried to arrange the meeting

The arrival of The Beatles to the United States was given in 1964 and with it, the Liverpool group officially established itself as the most important band of the moment (later in history). So taking advantage of that visit, they tried to arrange a meeting with Elvis Presley.

The big problem? The schedules of both parties did not add up, mainly because the “King” was busy filming some movies in Hawaii. And in that sense, Colonel Tom Parker -Elvis’s controversial manager- is said to have been quite elusive about the idea.

Some versions that can be read on the internet indicate that there had been a telephone contact between Presley and one of the British. It is known that the proposal did not prosper, which at that time had considered John Lennon and Brian Epstein -manager of The Beatles- with journalist Chris Hutchens, friend of the leader of the gang who was also an employee of the NME. But the efforts were not going to end there.

You can also read: Let’s remember when John Lennon, Paul McCartney and David Bowie wanted to put together a band

The guidelines for the meeting were established

The Beatles returned to the United States in 1965, precisely playing in California. And now yes, Elvis Presley was in those parts. So the meeting was organized but with some guidelines in between, emphasizing above all that they didn’t want reporters or photographers meddling in the moment.

The colonel Tom ParkerBrian Epstein and Chris Hutchens They fixed the date. Parker, who handled a level of manipulation/negotiation like few others, had a very clear idea that the English quartet should go to Elvis and not the other way around. Because in fact, Presley was not someone who was enthusiastic about spending time with celebrities … or so the own says. Priscilla Presley.

“I saw Hollywood as the home of frauds”said Priscilla about Elvis in a statement from not long ago. So you can imagine how reluctant the “King of Rock N’ Roll” was to deal with other celebrities. But it happened and The Beatles agreed to be the ones to visit the American idol at his mansion in Bel-Air.

As if that were not enough, Elvis was well aware that the media and the public were already putting them to compete in the collective imagination, precisely because those from Liverpool were beginning to establish themselves as the new idols of music in the 60s. “He understood that generational idols come and go, and that, for this new generation, The Beatles were the new idols“, mentions Priscilla in an interview.

The night of August 27, 1965 came and The Beatles arrived at the residence of Elvis Presley. Nobody was going to stop by to take photos or any of the press, except Chris Hutchens from the NME who was a friend of Lennon. A common misconception is that Elvis and the band didn’t want their reunion to be seen as some kind of publicity stunt.

Tony Barrow, The Beatles’ press officer in the 1960s, told the BBC that George Harrison even hated the idea of ​​that moment being publicized. “If this is going to be another dirty publicity circus, the best we can do is forget about it”the English guitarist had said. The band just wanted to meet their biggest idol.

And the moment happened. The Beatles arrived at the house of Elvis Presley, but not before seeing a lot of fans outside the residence. It is said that Presley’s manager, in one of his pranks, leaked the information of the visit to gain even a little attention for the event. Still, the press did not pass.

The Elvis team, made up of the well-known “Memphis Mob” (friends of his from childhood and others from his time in the army), was clearly larger than the British. Lennon, McCartney, Harrison and Starr arrived at a study hall, where he was Elvis sitting with the TV on very calm.

The English band, it is known, was nervous while the American singer was as if nothing had happened. “They were so cute, but they were so nervousPriscilla once said. And as Tony Barrow recalls, John Lennon was so nervous that he dropped some awkward questions, questioning his idol about why he was making those movies at the time. “Whatever happened to that good old-time rock and roll?”John asked.

Elvis just smiled and gave some fleeting response. But there came a time when there was just a rather awkward silence. As a joke, Elvis Presley said: “Well guys, if you’re just going to sit there watching me, I’d better go to bed.”. They all laughed.

Breaking the ice with music

After that phrase from Elvis as a joke, the talk was resumed and the talk about music, concerts, tours and all that. Presley, to make the matter worthwhile, asked his people to bring instruments into the room and a session was improvised, in which They essentially played together Elvis, Lennon and McCartney. Harrison entered the jam to a lesser extent and Starr followed the rhythm of the music with his fingers.

There was a piano, guitars, the drums were missing, but there was a bass. At some point, Elvis picked up the four-stringed instrument, played a bit, and Paul McCartney joked with him: “You’re pretty promising on bass, Elvis”the bassist told the American.

So four hours passed Colonel Parker adjourned the meeting. Elvis’s manager gave The Beatles some gifts, including records and merchandise from the singer. “Long live the king!”Lennon yelled in a rare Hitler imitation as they reached their limousines, media chief Tony Barrow recalls to the BBC. And there, the meeting was left; one of the most emblematic moments in the history of music, which unfortunately There are no photographs, videos or visual records… but there are anecdotes.