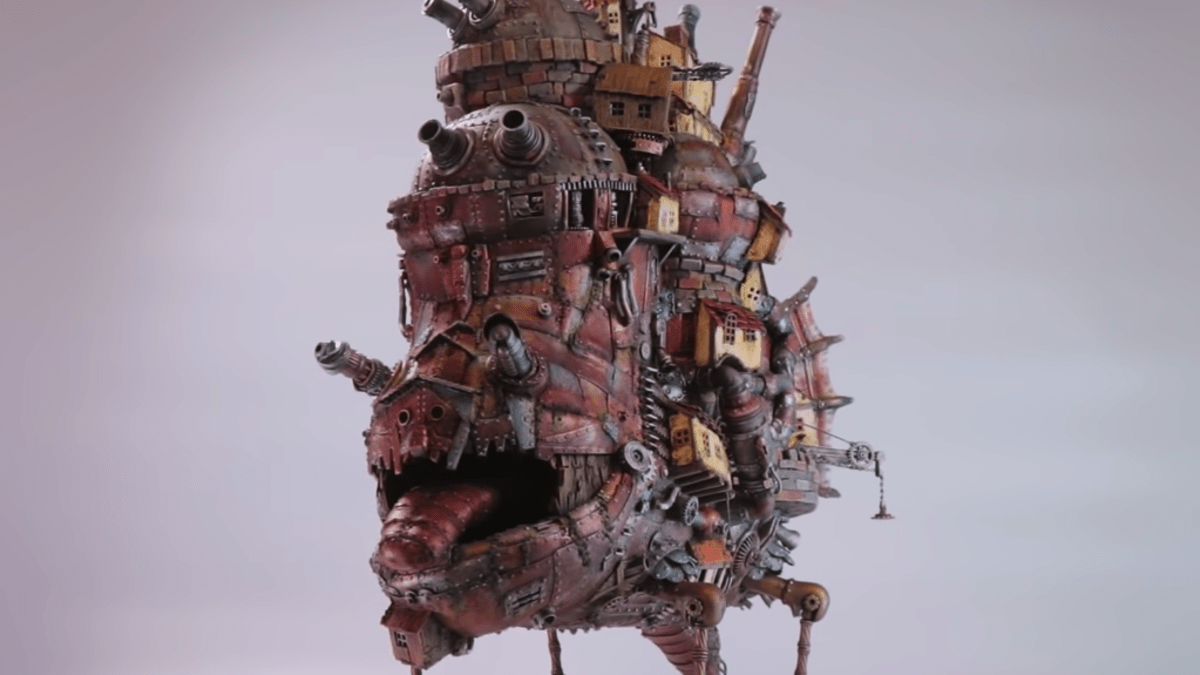 YouTuber Studson Studio is known for their amazing models and dioramas. Previously, he did home from Kiki’s Delivery Service (known in Spain as The Witch’s Mail Service and in Latin America as Kiki: Home delivery), and the bathhouse from Spirited Away (known in all Spanish-speaking territories as Spirited Away). But his latest work is perhaps the most impressive yet.

This is how the web Ghibli Fandom Wiki describes the structure: “The moving castle appears from the outside as a tall, unbalanced, black brick castle with four square towers and three gates … The four towers often spew smoke, and as Calcifer works harder, more smoke it is produced”.

The goal was to recreate the castle at 55 centimeters high and to do it using garbage. To prepare for construction, Studson Studio collected a wide variety of junk, including plastic bottles, noodle bowls, instant rice bowls, and a gallon-size kimchi jar, which was used for the main body of the castle. A plastic milk bottle became the tongue of the castle.

Studson Studio also used things like coffee stirrer paddles to make wooden doors, and parts and ends of the models. Gundam for things like pipes. Sculpting clay, modeling paste and foam were used to give body to the piece.

Before being painted, the model was a “hideous hodgepodge” of colors. Studson Studio started with a matte black base. Afterwards, the painting was done with Tamiya handcrafted and metallic paints.

The end result is impressive.

The entire process takes over 50 minutes on YouTube video, and besides being entertaining, it’s incredibly informative.