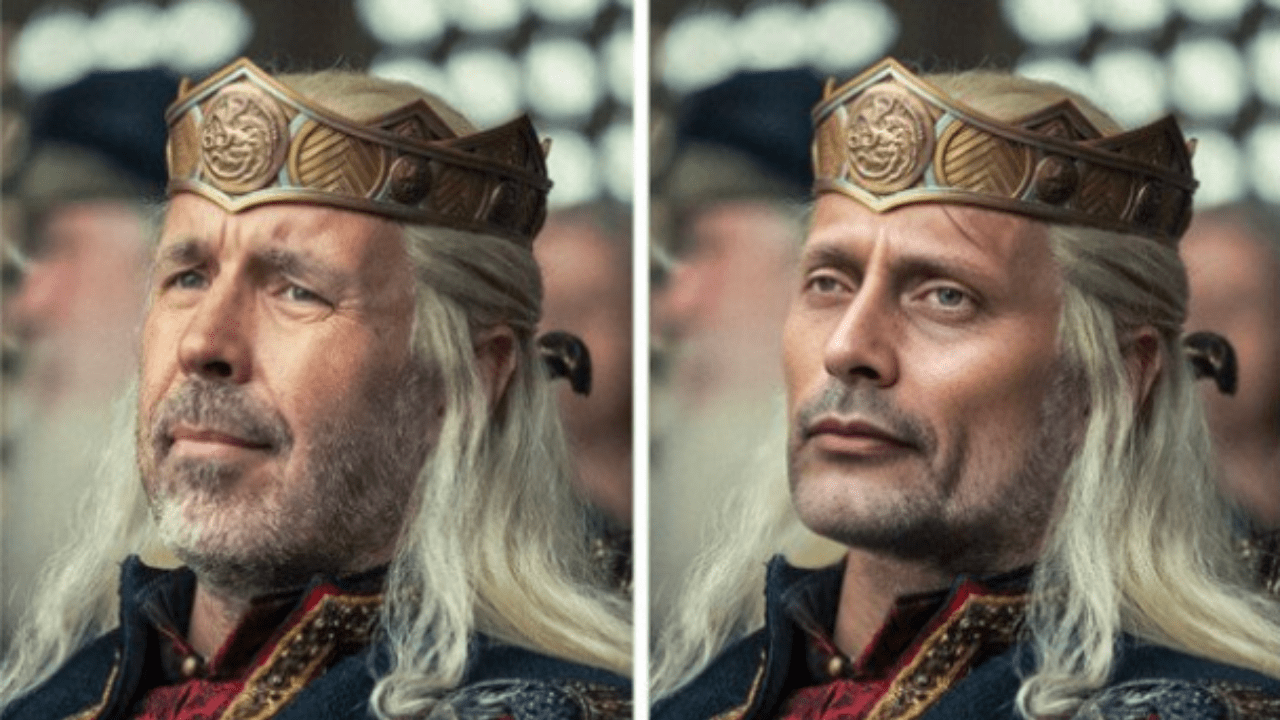 You’ll go backwards with the image of Criston Cole and Harwin Strong in this ‘adverse cast’ They really are heartthrob!

As usual, fans of Game of Thrones speculated on the cast of the sequel the house of the dragon before the cast names were revealed. It must be said that not everyone was happy with the casting, but thanks to artificial intelligence we can imagine mads mikkesen oa Anya Taylor-Joy like the characters of Viserys Targaryen and Princess Rhaenyra Targaryen. get a big surprise!

Viserys Targaryen “the kind and decent man”as described by George RR Martin, is the main antagonist of the series and who currently gives life is Paddy Considine. How about the version with Mads Mikkesen?

the mature version of Rhaenyra Tragaryen is played by Emma D’Arcy, and the one indicated to make an adverse version would be the beautiful one Margot Robbie. Which one do you prefer?

Jenna Ortega as Alicent Hightower in her youth

currently emily carey is the one who embodies Rhaenyra Tragaryen, future second wife of King Viserys land the one chosen to play the role of this beautiful and intelligent girl in a “second cast” would be Jenna Ortega.

Meanwhile, in her adult version, Olivia Cook is who is in this character, and It caused curiosity to know what the image starring by Eve Green.

Impossible to imagine Daemon without Mat Smith, but surely, they would put the fans at a crossroads of The House of the Dragon with the possible performance of Tom Hiddleston.

“The queen that never was” has been well carried by Eve Best during these episodes of the house of the dragonand, surely, the followers of the series would continue to stay with Eve, because Tilda Swinton He reminds us a lot of his old character from the white witch.

Anya Taylor-Joy as Princess Rhaenyra Targaryen as a young woman

Young Rhaenyra is played by Millie Alcock, and It’s not that I’ve done a bad job so far, but I’m curious to see Anya Taylor-Joy in this role.

The great revelation would be in charge of Henrry Cavill as Criston Cole, and that is that despite the fact that Fabien Frankel has been doing very well, we would not say no to the protagonist of Superman.

Last on the list would be Jason Momoa as Harwin Strong, and is that the strongest man in the Seven Kingdoms, who is currently being played by Ryan Corr, would be in very good hands with the actor from Aquaman.

Kenneth Branagh, the survivor who went from Shakespeare to 'Thor' and from the tabloids to the Oscar...
Disney + bets big with three projects starring BTS, what are they about?
The angel of death: the chilling real case behind the Netflix movie