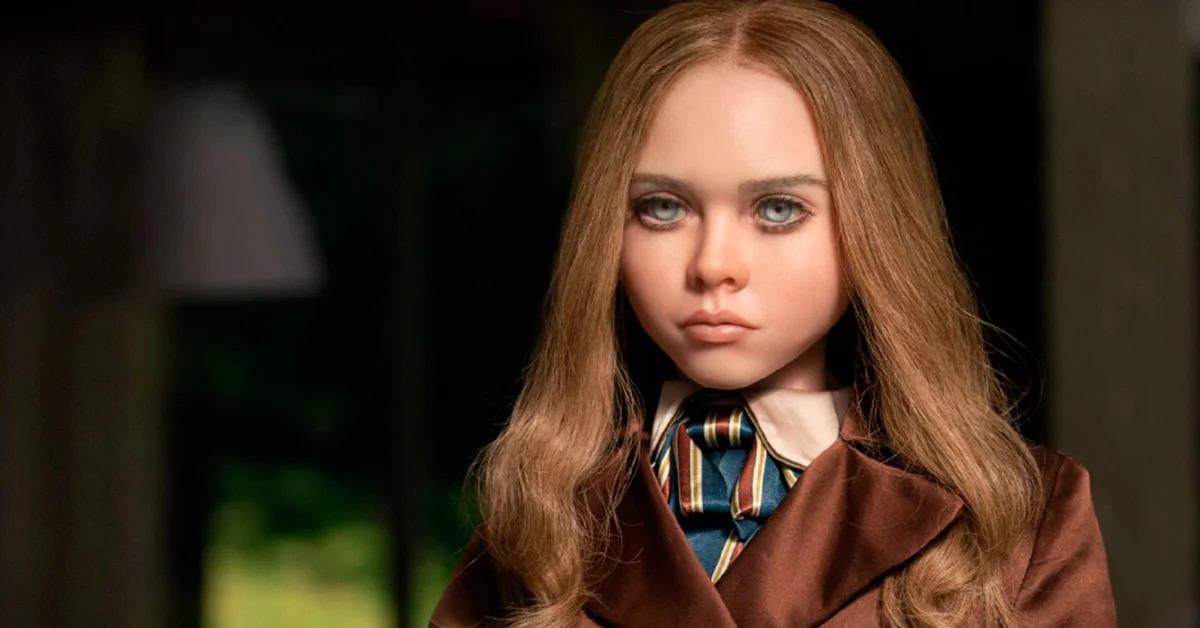 M3GAN is a doll that seems to have a life of its own, designed to be the perfect company for children. After Gemma receives custody of her niece following the death of her parents, she decides to use the doll to deal with the little girl. However, this decision will have unimaginable consequences. (Universal Pictures)

Horror movies are usually a good hook for the public to attend movie theaters and receive a good supply of jumps, screams and scares. It is also a genre that if not well done can inadvertently fall into comedy. Sometimes even though movies are trashed by critics, audiences love them and vice versa. In the case of M3GAN It seems that it has pleased both sectors and the numbers that it has generated at the box office have surprised everyone.

“65: on the verge of extinction” is the new space adventure thriller with Adam Driver

The recent horror film from Universal Pictures and Blumhouse exceeded expectations at the US box office, earning more than $30.2 million in its debut. This is a good number, understanding that the first week of the year is always difficult, since viewers begin to recover after the December holidays and it is also a time for film awards.

The film is directed by Gerard Johnstone. (Universal Pictures)


With these numbers, the James Wan-produced film became the first release to raise that kind of money in more than a decade. since it was released With the devil inside (The Devil Inside) in 2012. In turn, the feature film has become the most successful premiere for an original story since Nope! (nope) by Jordan Peele, another Universal production, which debuted to $44 million in July of last year.

“The Fabelmans”, by Steven Spielberg, won two Golden Globes: where to see it and when it premieres

None of these box office milestones surprise anyone who has recently been on Twitter or TikTok. The robotic doll, with its chaotic dance moves and pithy one-liners, has instantly become iconic in the age of social media and marketing. Before its premiere, M3GAN It launched numerous viral memes when its first trailer dropped in October, causing great anticipation to see this work.

In addition to being the first major horror release of 2023, the film is one of the biggest theatrical releases since Avatar: The Way of Water by James Cameron which premiered on December 16. Said film quickly surpassed Top Gun: Maverick as the highest grossing production released in 2022. Although the film debut of M3GAN was nowhere near the sequel to Avatarthe horror movie was able to hold its own.

The horror film’s global opening was over $45 million, greatly exceeding its meager budget of $12 million. With this record opening, the film continues to increase its numbers daily. This without counting that there are some territories in which the project has not yet reached movie theaters.

It cost $12 million to make this film. (Universal Pictures)

The achievements of this production they’re all the more impressive given their lack of big names among their cast. This project was originally predicted to earn between 17 and 20 million dollars in its opening weekend. However it far exceeded bespoke box office expectations and worked its way up to being the second highest grossing production. Falling behind the fourth weekend of $45 million of Avatar: The Way of Water.

Blumhouse’s film is off to a great start at the box office in 2023, continuing the trend of hit horror movies like smile, Halloween: The Final Night, scream Y the black phone. without counting Avatar: The Way of Water Y Puss in Boots: The Last Wishit seems that M3GAN it will have little competition at the box office, causing its numbers to continue to increase.


This horror trend is not entirely new, as evidenced by other blockbusters that have been released during January of other years. Resident Evil: Final Chapter of 2016, Fragmented of 2017, The Night of the Demon: Chapter 4 of 2018 and Escape Room: no exit of 2019. However, although this genre has gained ground, the Covid pandemic continues to wreak havoc.

For some specialist films like scream (2022) and now M3GANcounting the previous titles, they are consolidating January as a very profitable month for terror. None of these productions faced significant box office competition from new releases in their first months. This allowed each film that is released at the beginning of the year to maintain its good run until February and March. That is expected to be the case with the movie about the killer doll.

M3GAN It is already available in some theaters in Latin America such as Mexico and in other territories it will arrive, for example, on December 19 in Argentina. meanwhile you can see The spella film also produced by James Wan and available on HBO Max.

“M3GAN”, the new film by James Wan presents a new advance
“There is a knock on the door”, the new film by M. Night Shyamalan reveals its first advance
Six films by the director of “Sixth Sense” that you cannot miss

Why Black Panther is the first superhero to reappear in 'Avengers: Endgame'
5 Actors Who Turned Down Blockbuster Movie Roles And Later Regretted It
Legends of a passion: the melodrama of the 90s starring Brad Pitt that you can not miss