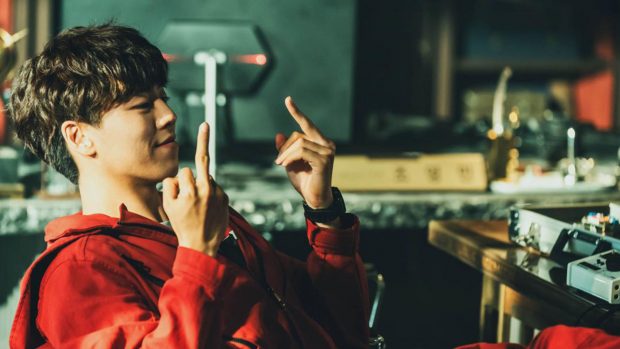 The series of the Spanish robbers It has been the most extreme case that our country has ever had in the television format. The history of robberies and impossible plans not only shines in the national territory, but is already known all over the world. And that was actually a failure at first, being canceled by the Atresmedia group. Luckily for its fans, Netflix incorporated the two seasons into its catalog and suddenly fell on its feet for an international audience that placed it as the most watched series of that year. In this way and as expected, the versions and remakes that have imported the product are already coming to the surface and for a few hours, we have the trailer The Money Heist Korean:

This Korean paper house is called Money Heist: Korea-Joint Economic Area. In the preview it has what every fan of lovers of the heist genre could expect. Everything seems to be getting out of control. This one-minute teaser begins with the subtle warning: “Tomorrow, we’ll get out of here”. The teacher’s Asian counterpart (Yoo Ji Tae) He has taken his robbers to the mint of a unified Korea and like the Spanish version, this intelligent leader plans all his calculated plan from his control center, far from the action. in fiction, North and South Korea are close to unification and the team of criminals intends to steal this new currency created for the occasion.

In this way, this version of the series also addresses that political part of the people against the state in the key of revolution, which so affected his fans. In this case, the professor seems to uncover the darkest corners of the recent unification. Chaos will be the main ally so that the protagonists can escape, camouflaging themselves among a disgruntled population. Later, the trailer itself reveals that one of the accomplices that the gang has abroad is Seoul (Lim Ji-yeon).

The first part of the series premiered in Juneskyrocketing the company’s audiences in the first three days of launch, playing a total of 33.7 million hours. Korean dramas are a trend for the streaming group and if you add to that the general interest in the world around The Money Heist, the formula is a lit fuse ready to steal the audience from any production that comes before it. The second part of The Korean paper house will arrive on Netflix next december 9.

This is Korean ‘La casa de papel’: Trailer for the second season of the Spanish television hit