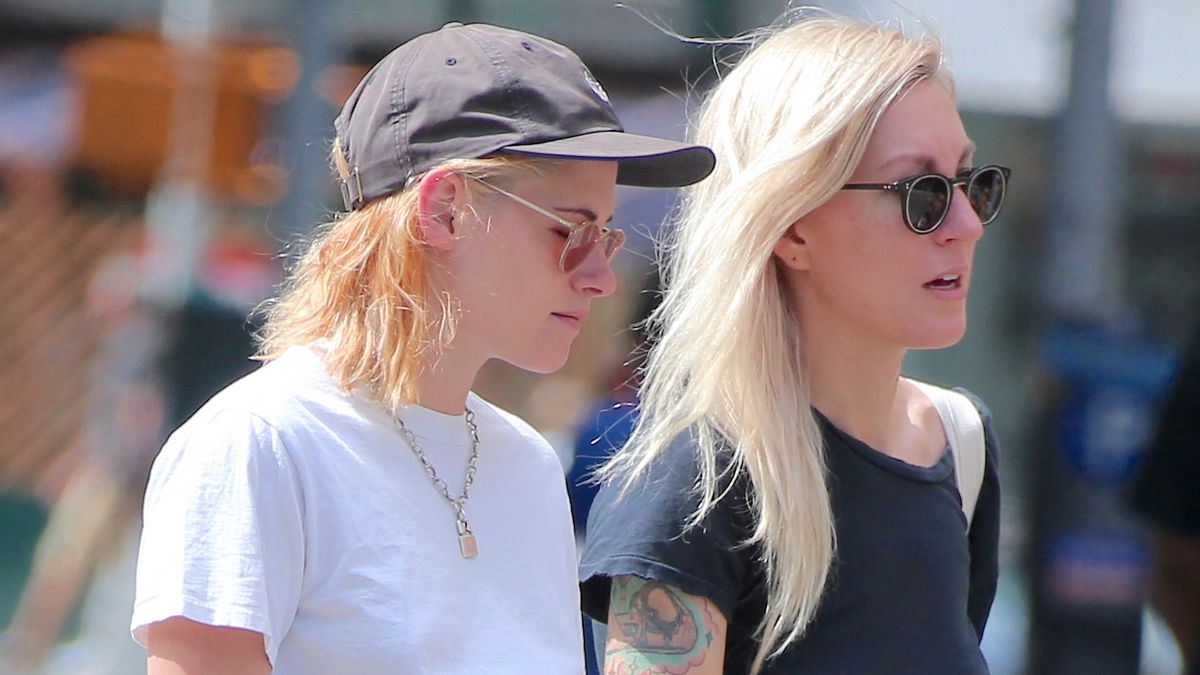 Kristen Stewart has been warning him for a couple of years. “I can’t wait to propose to my girlfriend,” the actress known for her lead role in Twilight in an interview with Howard Stern. At that time, she had only been dating Dylan Meyer, a writer and screenwriter, for a few months, long enough to guess that she was the person he had chosen. Two years after starting their relationship, both have announced that they are ready to plan their wedding, something that Stewart has revealed in the same program in which he confessed his wishes to share the rest of his life with his partner. “We are going to get married, we are going to do it,” said the actress. “She wanted me to propose, so I think I made it very clear to her what I wanted and she nailed it.”

Meyer remains low-key on her social media about her personal life and in regards to her work. He was born on December 4, although the specific year is not clear. She helped write and was an executive producer on the Netflix movie XOXO, released in 2016 and starring Sarah Hyland. She is also known for writing the script for some episodes of the science fiction series. Miss 2059 and the short films Loose Ends and Rock Bottom, 2015 and 2019 respectively.

Her love affair with Stewart began seven years ago, while shooting a movie that the actress who plays Princess Diana of Wales in the next movie Spencer has never come to reveal. Although they both liked each other then, it wasn’t until 2019 that they officially started dating. However, it was difficult at the time to guess the degree of formality of the relationship, since only a few weeks before Stewart had reconciled with his ex-partner, Irish model Stella Maxwell. However, soon after Meyer published the first photo that they are known together.

Stewart confirmed how quickly their romance had started during his November interview with Howard Stern: “It was very late, and we were in a shitty bar, and his friends were there. When they left I was like, ‘Oh God, I’m so fucking in love with you.’ Done ”, he recalled, recounting the moment in which he asked the scriptwriter to leave. “It didn’t seem like anything serious, but it was also very obvious. It just was, ”he added. “We are both from Los Angeles and we love it. We are both bastards. We both felt like trols small. We are very similar, but at the same time different. She is a writer and she is brilliant. “

Six months later, Meyer shared a birthday message for the actress from Twilight on Instagram, consolidating the words of his now fiancée: “It is the birthday of my favorite person and I wish everyone to have the beautiful feelings that I have for her. It’s a short trip on this earth, so spend your time with someone who inspires you to be the best version of yourself. “

The images on her account, in addition to including moments with Stewart, demonstrate the writer’s passion for nature and animals. In particular, it is two cats named Zsa Zsa and Snack that appear the most, in different photographs that capture scenarios in Los Angeles. Other stories that he tells on his social networks are those referring to the quarantine, who lived under the same roof as his girlfriend. They only left home together to drink coffee and participate in one of the protests to support the Black Lives Matter movement following the death of George Floyd.

In one of Meyer’s publications with his fiancée, he reaffirms that it is not the only matter for which he is encouraged to protest: “I hope you vote,” he asked in November 2020, when the ballot boxes in America were still hot for the elections. “There are many crucial issues besides the presidency, and your voice really makes a difference. The opportunity to have a voice in the laws that govern is something wonderful, please do not waste it, “he wrote in the caption, referring to the LGBTQ + struggle.

Although the future wedding has been confirmed only a few hours ago, in July 2021 the first rumors of this proposal appeared. Both were photographed by Lainey Gossip, a website dedicated to celebrities, wearing what appeared to be engagement rings. Both Meyer and Stewart have been adamant about keeping their relationship low until now. However, we will still have to wait to know the details of the when and where of this link.